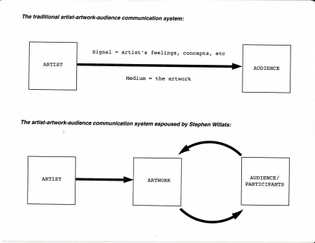 The idea of a structure being composed of structural series of elements which determine the overall shape and function also creating an internal environment is the construction in all natural phenomena, an ideal example being the cell. In the cell one has a number of elements which are working towards a function and the whole. Similarly, the architectural designer has a set of elements which limit the design possibility. [They] use a set of elements; the room, corridor, hall, etc. each element having a function and also limiting the visual structure of the whole. The architectural designer's vision is conceived within the limitation of the materials and the structural elements. 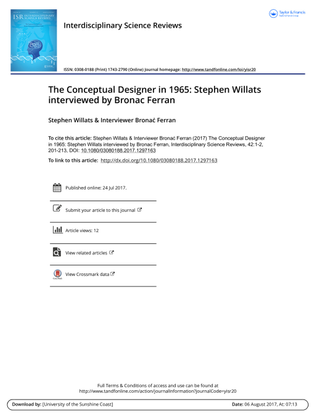 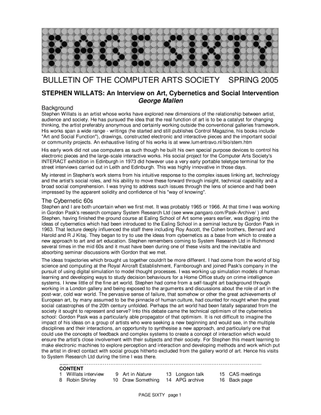 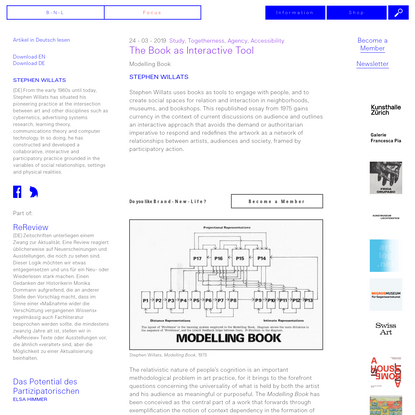 The Book as Interactive Tool 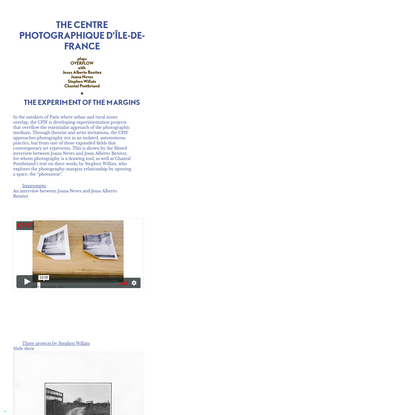 Stephen Willats explores the intersection of his collaborative and interactive artistic practice with scientific modes like systems research, learning and communications theory, and computer technology. Willats combines documentary photography with the graphics of information design and propaganda to create multi-sensory, multi-dimensional environments that encourage viewers to reconsider perception. For Nothing Is Quite As It Appears (2000), Willats invited four directors to shoot the same scene of a woman walking across an overpass, then edited their clips together. The piece, which features numerous shifts in camera angle and perspective, examines how we perceive reality and points out that we all see things differently.

According to Anthony Hudek, “It is … Control’s function as a self-deter­mining infor­ma­tion network, instead of its content, that makes it truly cyber­netic”: while being about networks, the magazine also repre­sents a network in itself. Willats’ choice of title, Control, signals this depar­ture from tradi­tional models of edito­rial authority, seeking instead to develop a concep­tual practice deter­mined by the networked rela­tion­ships of coor­di­nating agents. Artists’ publishing served as a key means of actu­al­izing these ideas. The magazine has always been self-published, self-funded, and free of adver­tising, while also attaining a broadly inter­na­tional reach.