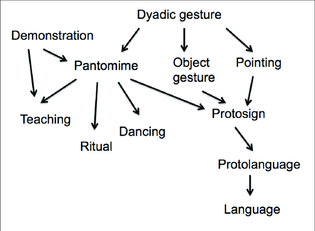 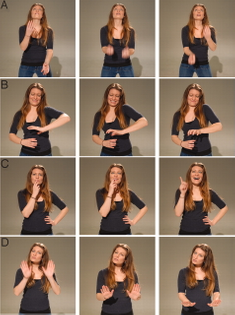 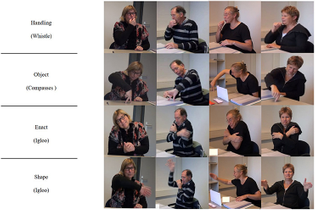 Symbolic gestures, such as pantomimes that signify actions (e.g., threading a needle) or emblems that facilitate social transactions (e.g., finger to lips indicating “be quiet”), play an important role in human communication. They are autonomous, can fully take the place of words, and function as complete utterances in their own right. The relationship between these gestures and spoken language remains unclear. We used functional MRI to investigate whether these two forms of communication are processed by the same system in the human brain. Responses to symbolic gestures, to their spoken glosses (expressing the gestures' meaning in English), and to visually and acoustically matched control stimuli were compared in a randomized block design. General Linear Models (GLM) contrasts identified shared and unique activations and functional connectivity analyses delineated regional interactions associated with each condition. Results support a model in which bilateral modality-specific areas in superior and inferior temporal cortices extract salient features from vocal-auditory and gestural-visual stimuli respectively. However, both classes of stimuli activate a common, left-lateralized network of inferior frontal and posterior temporal regions in which symbolic gestures and spoken words may be mapped onto common, corresponding conceptual representations. We suggest that these anterior and posterior perisylvian areas, identified since the mid-19th century as the core of the brain's language system, are not in fact committed to language processing, but may function as a modality-independent semiotic system that plays a broader role in human communication, linking meaning with symbols whether these are words, gestures, images, sounds, or objects.

Symbolic gestures and spoken language a… 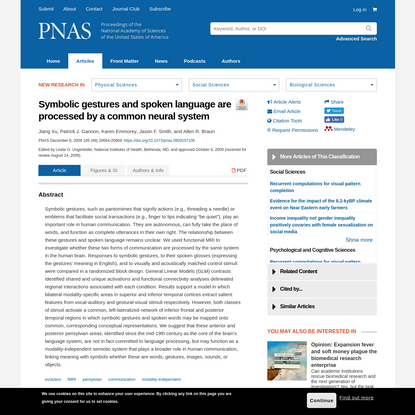 Symbolic gestures and spoken language a… 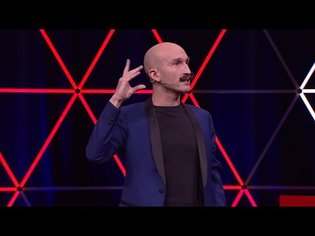 Physical Communication is Universal | A… 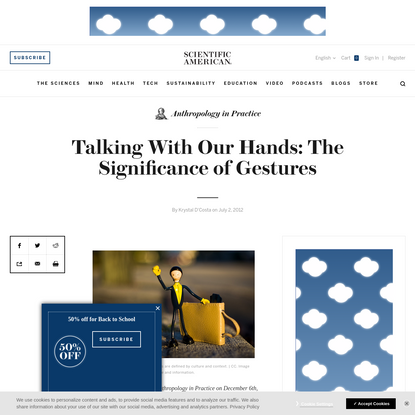 Talking With Our Hands: The Significanc… 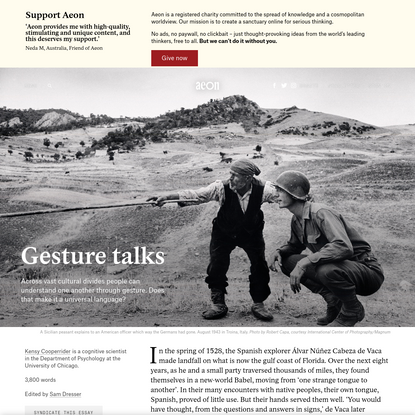 From pointing to nodding: is gesture a … 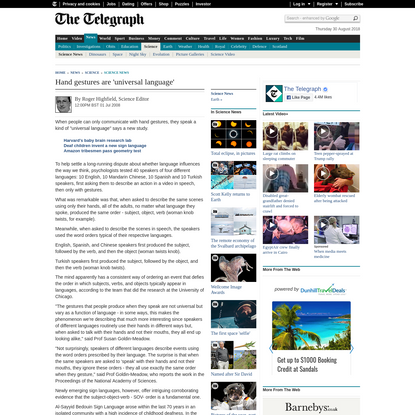