“Once upon there were humans and they both loved and hated nature. They loved it so much they started to copy it, but they hated it because it was hard to control, was messy, was complicated. So they changed what they didn’t like. One of their creations was the Garden of Digital Delights. The Garden had special powers- it could connect to other gardens across vast distances around the world in nano-seconds. Also, it had gained some sense of itself given its internal structure of many differing forking paths. Despite its special powers, the Garden was sad because it couldn’t grow like real plants, using the sun and air and water and the earth. Well, the Garden decided it would build a world where being organic was less important so it would feel better about itself. It created its own world and its own digital offspring. This offspring took the form of pods that fell out of the garden. It turns out that humans would harvest these pods and mill them into into tools. After a while, the humans grew dependent on the tools and in the end human cared less about being human and more about the Garden. The end.” 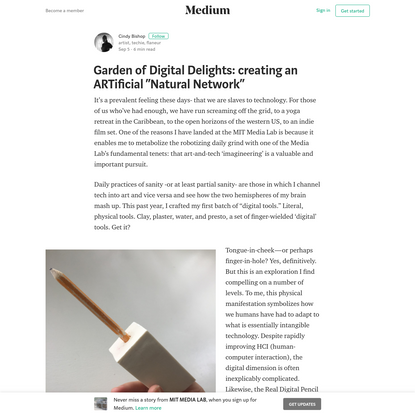 Garden of Digital Delights: creating an… 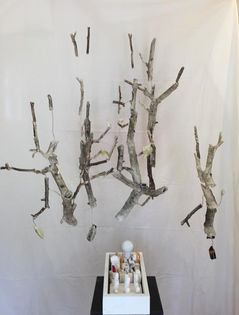 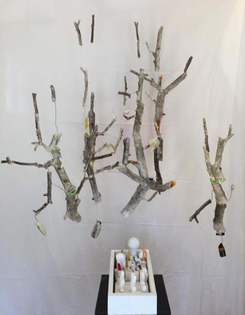