Sign up or Log in
Are.na
Clement Valla
Harold Cohen and AARON
Info
—
3 Followers
This channel appears in
techno-luddite 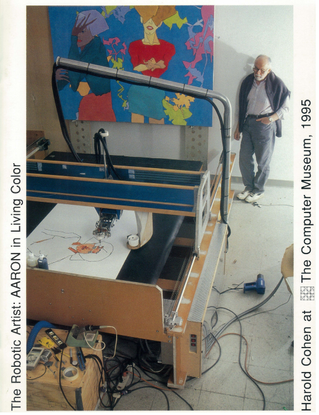 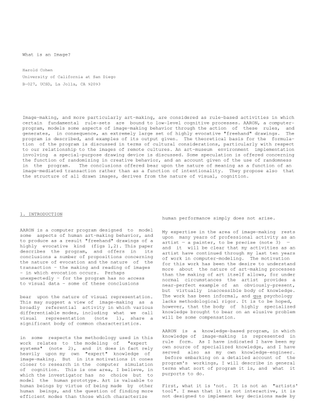 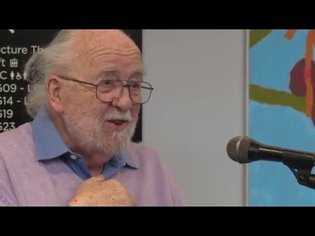 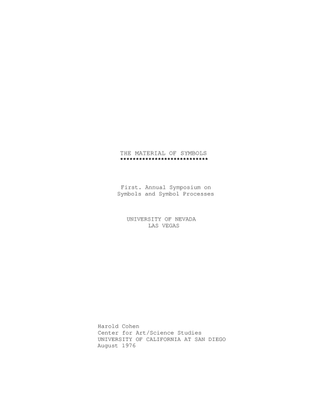 “It occurred to me,” Mr. Cohen told an audience at the Tate Gallery in London in 2004, “that if I could write a program to do some of the things human beings do when they make representations, then I might possibly learn more about the nature of representation than I ever had done by painting.”

I used the word “evocative” in the first paragraph rather than “meaningful”. My domain of enquiry here is not the way in which particular meanings are transmitted through images and how they are changed in the process, but more generally the nature of image-mediated transactions. What would be the minimum condition under which a set of marks may function as an image ? [...]
It is equally true, I believe, that image-reading has no meaningful existence outside the transactional context: not because the whole event is always present — it almost never is — but because every act of image-reading is initiated by the unspoken assertion “What I see is the result of a willful human act”. That is a part of what we mean by the word “image”. However much we may amuse ourselves seeing dinosaurs in clouds or dragons in the fireplace, we have no difficulty in differentiating between marks and shapes made by man, and marks and shapes made by nature, and we do not hesitate to assign meaning in the one case where we deny it in the other: unless we belong to a culture with a more animistic attitude to nature than this one has. 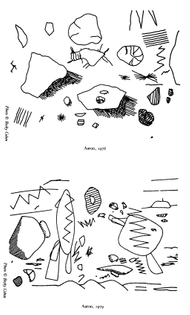 Gaps are differences or discontinuities, anything that disrupts the continuity of presence. As such, gaps make absence visible and thereby prompting the interpretant to make inferences. Without gaps, the mind would be moving along sluggishly in a sea of homogeneity. The gap between the self and the nonself renders visible to the self an absence of knowledge about the other. Between humans and the machine, there is a bigger gap – a discontinuity in being.

Cohen has capitalized on the gap-making capacities of AARON since the very beginning: Unlike God who created humans in His own image, Cohen created AARON to be different – a wholly other, so to speak. He said in his interview with Scientific American Frontiers in the mid-90s: “I’d be happier if AARON’s work in the future were less like human work, not more like human work” (cited in Cornish, 2011, p. 7).As a programmer, Cohen’s goal had always been program autonomy (Cohen, 2009). He recounts as milestones the progressively widening gap between the human and the machine: the realization in the mid1980s that human and machine are polar opposites in their coloring abilities; the realization in 2009 that the newly developed algorithms were “very unhuman” in that there is no discernible knowledge base, nor intelligence in the sense of decision making – all rules are local; no grand plans. With the development of the new algorithms, AARON’s autonomy has become “absolute” – the gap between the programmer and the program is now a chasm capable of creating a relationship crisis for Cohen. The gap created by AARON at the epistemological level is no less cataclysmic.