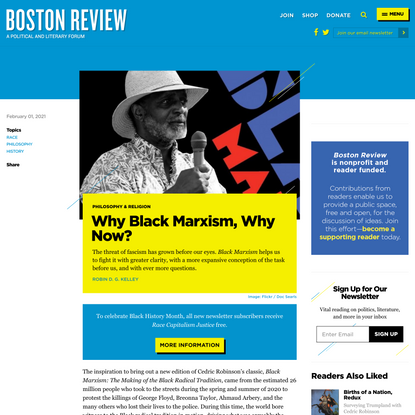 Why Black Marxism, Why Now? 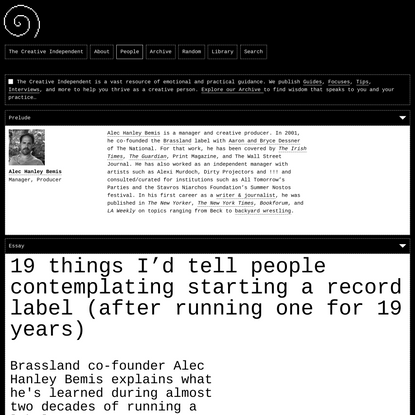 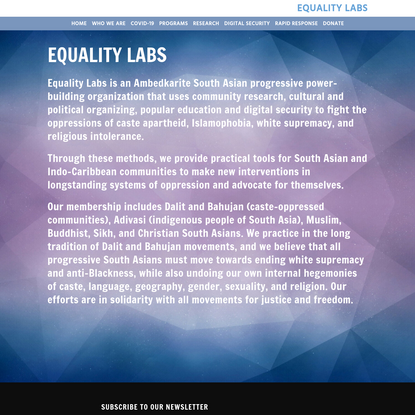 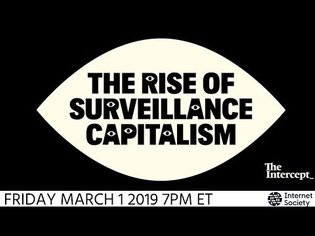 The Rise of Surveillance Capitalism 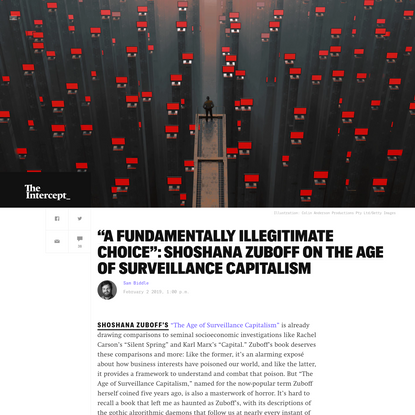 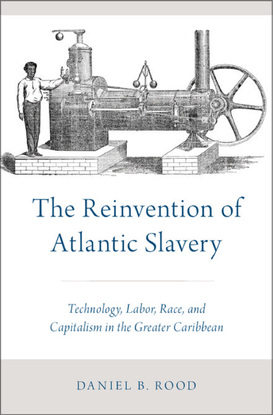 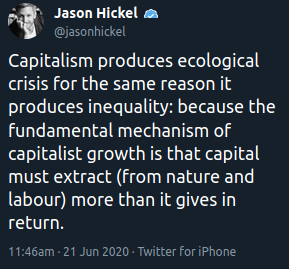 "While Büscher and Fletcher see the movement’s rejection of the nature-culture dichotomy and focus on poverty alleviation as positive steps, they argue convincingly that the new conservationist alignment with—or, in some cases, ambivalence toward—capitalism undermines its goal of ecological and social harmony. Capitalism, they say, creates poverty, and its rapacious appetite for growth simply cannot last on a finite planet.
[...]
So what does a feasible, equitable, and sustainable conservation look like? According to Büscher and Fletcher, it should combine the best elements of the two radical conservation movements by rejecting both capitalism and the nature-culture dichotomy. Their proposed “convivial conservation” promotes a dialectical relationship between humans and non-humans while working in “conjunction, connection, and spirit with the many proposed alternatives” to capitalism, including ecosocialism and doughnut economics." 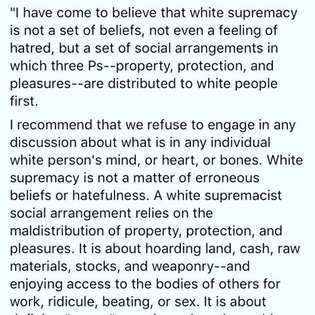