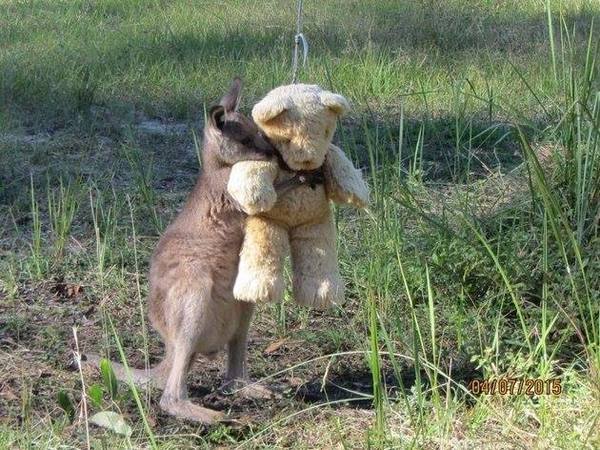 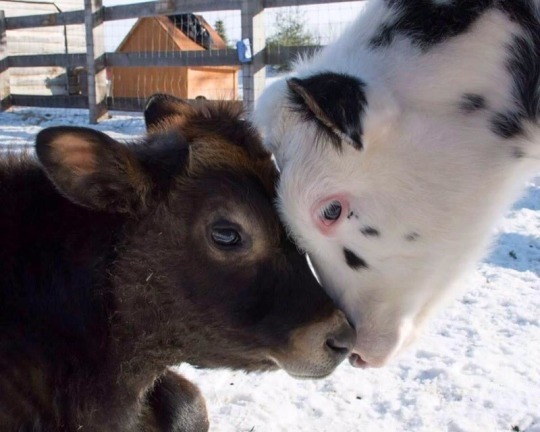 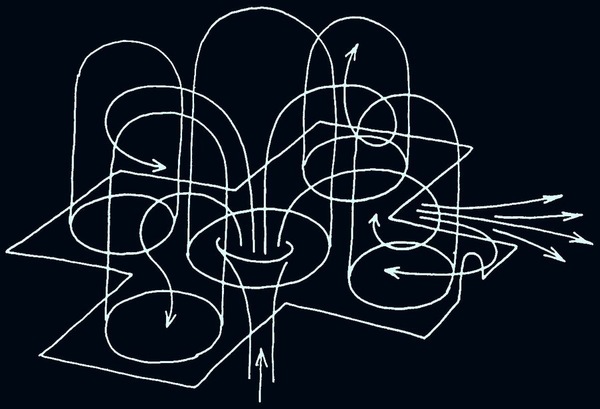 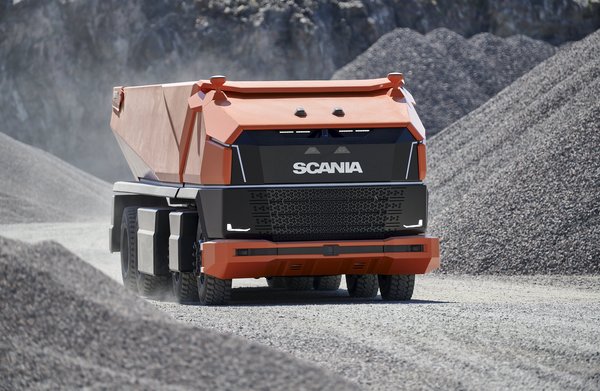 • If we were to zoom out for a moment, to take stock of our own individual coordinates, the nature and extend to our involvement in this multitude of interlocking assemblages 9agencements), that is to say, institutional organisations, interpersonal networks, and social entities, and found ourselves in the so-called art world doing what we do every day, what would the picture that emerges from this exercise look like? (pg. 28)

• Artists and art institutions are inextricably bound together by "the supra-institution of Contemporary Art," which self-perpetuates by incentivising the ever-increasing professionalisation of artists, curators, and other practitioners in the field.

Because of this, artistic freedom has become an illusion: "While as an artist you may think you are free to do as you please, in order for your work to be economically sustainable, critically acknowledged, or even simply brought into contact with the art public, it needs to conform to certain network protocols that dictate the forms of art production that circulate" (pg. 29)

• My question is whether we can keep thinking in terms of binary oppositions – such as that between spheres stratified by commercial interests and those that aren't – considering the complex forms of abstraction in which capital exists and circulates...

Many have cautiously embraced their need for the market and adopted the machinery that comes with this affiliation in order to grow and reach (and remain at) a point of equilibrium. It also works the other way around. Regardless of whether an exhibition is staged at a privately funded museum in the US or a state-funded museum in Europe, the positive feedback vectors en route from the not-for-profit territory toward the for-profit territory will necessarily be at work.

• The classic 3 fold distinction... is one btw the work's art market value, its aesthetic value and its meaning. Often there is a direct correlation btw the first two types of value. In the context of the financialized art world, rife with speculation and collusion, it has become increasingly difficult for professionals and non-professionals alike to discern the work's aesthetic value, let alone its meaning (if any).

This is, needless to say, due to the forces of abstraction and general equivalence that govern all goods, services and assets in the economy -- the reign of exchange value as opposed to use value.

In this context, Fraser's dictate is that "we must insist that is what artworks are centrally determines what they mean socially and also artistically." (pg. 34)

• How much responsibility can be imputed to a particular artwork at the time of its production and exhibition and at a later point in time, respectively – or to its maker, for that matter, especially if the artist is no longer alive?"...

Joselit continues, "This question implies an anticipatory consideration on the part of the artwork for the effects of its future economic, philosophical and spatial circulation. One could say that in order to take seriously this responsibility, the nature of aesthetics must shift toward an ethic of emplacement, whereby the art's 'meaning' derives from its movements in time and space -- or, in Bruno Latour's terms, the associations it establishes -- rather than its content per se"

The question I would like to raise is how we can further the strategies and tactics of this "anticipatory consideration" beyond the trajectories of institutional critique and relational aesthetics, which were effective to varying degrees in responding to certain circumstance that characterised the art institution from late 1970s to the mid 1990s. (pg. 35)

• If we assume the artwork's meaning cannot be dissociated from its content - which now as to actively generate itself as form and adapt to its own time. If the artwork is to effectively carry out a critique of economic abstraction, then it has to propose a futurity of meaning...

A diagrammatic practice has presented itself as an effective way for the artwork to incorporate a future into its present.

"A process of diagrammatization... already exists in many modes of artistic production, in an embryonic form, producing movements in our ways of perceiving and/or creating situations. A process of diagrammatization detaches signs from language in relation to systems and processes of social interconnections.
... diagrammatic practice is a way of moving artistic programs away from the fixities of language and relocating them as both practice and discourse.

Drawing on the model of micro politics proposed by Deleuze and Guattari, diagrammatic practice carries out a form of thought production that entangles artistic programs with the socio-political contexts of their time in the service of redistributing affect, concept and value into the future." (pg. 36) 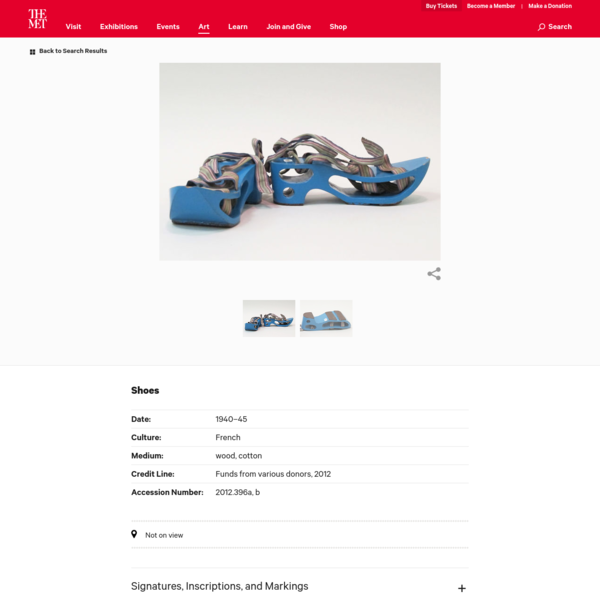 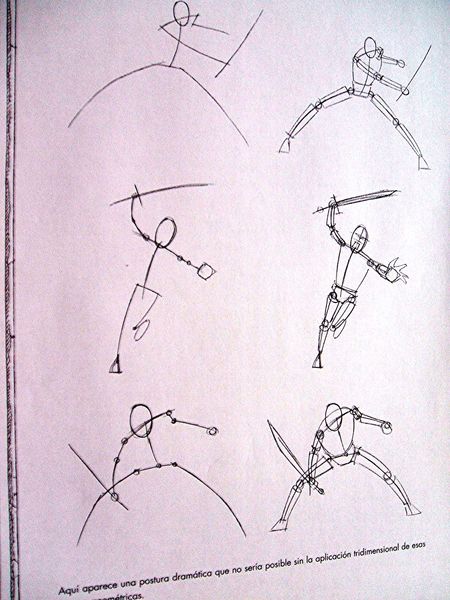 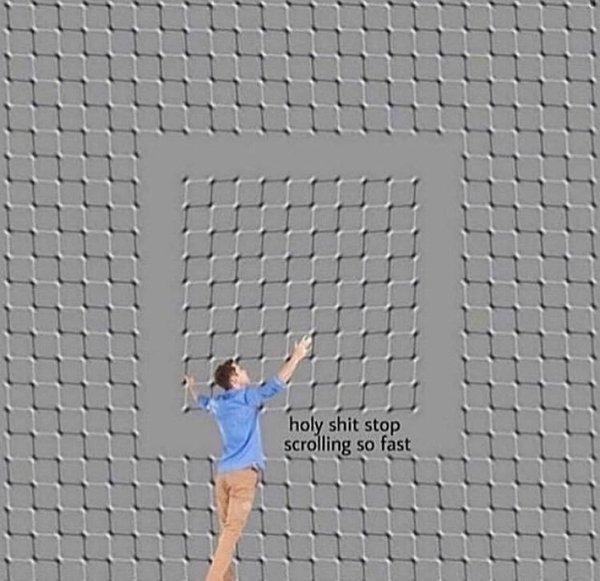