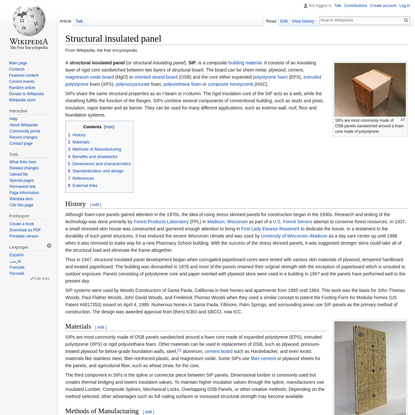 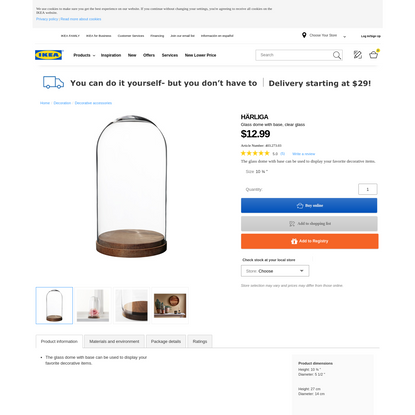 HÄRLIGA Glass dome with base - IKEA 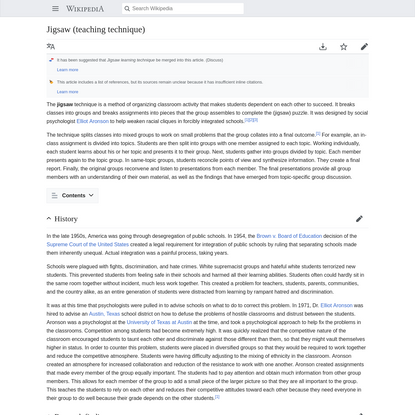 ... But I do think we might ask whether, in some cases, architects too had become “defense intellectuals,” whether in the course of adopting modes of funding and alliance proper to “big science,” and of collaborating with centers and laboratories at the forefront of military operations in Southeast Asia (and counter-insurgency strategies more globally), that many of these coordinates and skills had become so internalized or naturalized within the practice of these “urban technologists” as to be pursued without questioning. The question is not, furthermore, whether architects should engage with advanced forms of scientific knowledge and computer technology; such engagement has often characterized the discipline’s vanguard, occasionally even its more radical avant-garde (although we are not concerned with avant-gardes here), and of course tactical forms of practice continued to negotiate this territory with criticality and to politically progressive ends. Rather, the difficult question remains: how or to what ends might architects have engaged such scientific and technological developments to progressive ends in a situation in which architectural and urban research in the university had become a targeted area of funding by the military and intelligence establishment and its allies such as the Ford Foundation?

For in this case, as I have tried to show, these fields of study were all too proximate to contemporaneous scientific research into human subjects, populations and their milieux that were directed toward more coercive, militaristic, or at least less democratic forms of environmental control. If such research was often cast in the language of disinterested monitoring, objective evaluation, forecasting, and as facilitating rationalized design responses appropriate to increasingly complex urban and social problems, such new “methods” of information management and their materialization as environmental “solutions” were the product of an economic and political matrix that was far from neutral. That is to say, behind the supposed neutrality of systems-based analysis and quantitative methodologies,with their apparently seamless ability to modulate across fields ranging from the collection of data on race and poverty, to the development of computer-aided design programs, attempts to develop new methods of environmental controls were not simply haunted but were also motivated by governmental responses to the period’s social unrest and territorial or geopolitical insecurity. At a historical moment threatened by insurrection at home and abroad, with civil rights struggles and anti-war dissidence cast as a security threat, and in which military strategies were increasingly directed to controlling such insecurity, we might ask, then, for whom the environments simulated and tested at MIT were envisioned? 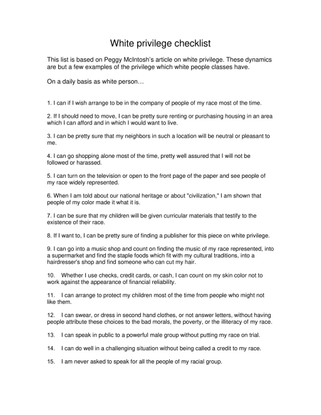 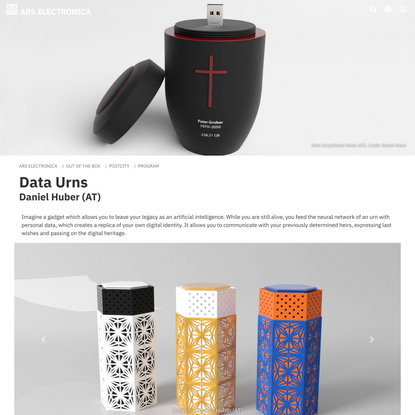 For this vicarious compensation had been (and still is) urgently neces- sary, given the degree of psychic devastation wrought on the non-middle- class groups by the terms of the new degodded redescription of the human in the context of the Darwinian/Malthusian reformulation of the original Judeo-Christian formulation. This was so in that in the terms of their new behavior programming schema, in whose “dysselected by Evolution until proven otherwise” criterion (i.e., guilty until proven innocent) the individual could not know if s/he had indeed been so selected except by attaining to the optimal status of being a middle class Breadwinner and/or successful Entrepreneur/Investor, to not be middle class was/is to have to accept one’s ostensible dysselection. This premise had induced in the white, blue-collar (non-middle) working classes’ status a deeply destructive form of self- hatred, whose corrosive force could only be assuaged by institutionalized mechanisms, whether those of the school curricula as noted by Carter G. Woodson in 1933, or that of outright segregation of (as well as of multiple other forms of discrimination against) the Black U. S. population group. Seeing that it was and is only such mechanisms that can enable the white, blue-collar working classes, as well as the white poor, to experience them- selves as having been selected, although not in class terms, at least as mem- bers, together with their bourgeoisie, of the highly selected and thus highly “deserving” white race. With this being so proved, ostensibly, by the fact of the empirical dominance and supremacy of whites as a group over all other nonwhite races and, most totally, over their “racial” anti-type Other, the Black American—as the group whose Negroid physiognomy and origin con- tinent/Africa prove them, within the terms of the Darwinian Imaginary, to belong to the category of humans most totally of all peoples dysselected-by- Evolution. The bottommost role of Black Americans in the United States is systemically produced, since it is the ostensible proof of their alleged dysseected “undeservingness” that then functions as the central psychic compensatory mechanism for the white working class, at the same time as this mechanism induces them to continue to see/experience themselves as also being, in terms of class, “dysselected by Evolution”—a perception that induces them to accept their own class-subordinated status, as well as the hegemony of their middle classes.
The Negroid physiognomy and its continent of origin, Black Africa, together with the dark-skinned poorer peoples assimilated to its category have been made to function within the terms of our present biocentric con- ception of the human, as well as of its related “formulation of a general order of existence” (whose postulate of “significant ill” is that of a dual mode of Natural Scarcity—that is, a scarcity of fully genetically selected human beings, on the one hand, and of material resources on the other), as the actu- alized embodiment, no longer of the human made degenerate by sin and therefore fallen to the status of the apes, but of the human totally dysse- lected, barely evolved, and as such intermediate between “true” humans and the primates. As such, the marker of that most totally dysselected-by- Evolution mode of non-being that each individual and group must strive to avoid, struggle to prove that they themselves are not, if they are to be.

[Wynter's task is to understand the history of anti-blackness through understanding the definition of humanity, or "Man" vs humans. AKA, her Q is: "Black people are humans, but why are they treated as subhuman / not part of 'Man'?" and her project of answering involves tracing the historical definition of "Man" that have been used to describe and understand humans through various cognitive shifts of religion and scientific understanding. Eventually: blackness exists defined by a human as "intermediate between “true” humans and the primates" due to a spectrum defined by God on one side and animals on the other. This spectrum is a "Darwinian/Malthusian reformulation of the original Judeo-Christian formulation." -- a mapping of "human vs. god" dynamics onto the natural sciences at the time, that saw nature/physical laws of the universe as being "rational" and thus closer to god, and thought of animals as far away from god. AKA this evolutionary narrative generates anti-blackness. And in addition, anti-blackness is a "central psychic compensatory mechanism for the white working class" because blackness, for White working-class people, functions as an oppressive mechanism to say "whew, at least we're racially selected by evolution, even though we're dysselected in terms of class" - Dan Taeyoung]

Wynter, Sylvia - Unsettling the Coloniality of Being Power Truth Freedom 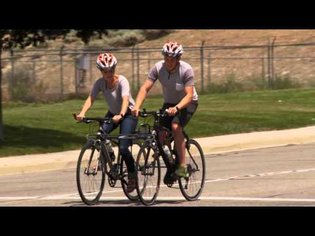 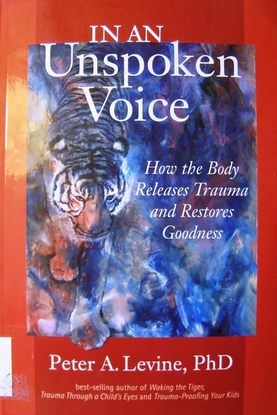 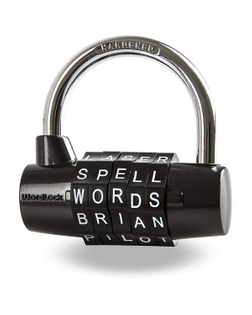 "But what if this very incompatability is itself part and parcel of the organization of knowledge production that operating systems like UNIX helped to disseminate around the world? Might we ask whether there is not something particular to the very forms of electronic culture that seems to encourage just such a movement, a movement that partitions race off from the specificity of media forms? Put differently, might we argue that the very structures of digital computation develop at least in part to cordon off race and to contain it? Further, might we come to under- stand that our own critical methodologies are the heirs to this epistemological shift?"
..
"I have here suggested that our technological formations are deeply bound up with our racial formations and that each undergo profound changes at midcentury. I am not so much arguing that one mode is causally related to the other but, rather, that they both represent a move toward modular knowledges, knowledges increasingly prevalent in the second half of the twentieth century. These knowledges sup- port and enable the shift from the overt standardized bureaucracies of the 1920s and 1930s to the more dynamically modular and covert managerial systems that are increasingly prevalent as the century wears on. These latter modes of knowledge production and organization are powerful racial and technological operating systems that coincide with (and reinforce) (post)structuralist approaches to the world within the academy. Both the computer and the lenticular lens mediate images and objects, changing their relationship but frequently suppressing that process of relation, much like the divided departments of the contemporary university. The fragmentary knowledges encouraged by many forms and experiences of the digital neatly parallel the logics that underwrite the covert racism endemic to our times, operating in potential feedback loops, supporting each other. If scholars of race have highlighted how certain tendencies within poststructuralist theory simultaneously respond to and marginalize race, this maneuver is at least partially possible because of a parallel and increasing dispersion of electronic forms across culture, forms that simultaneously enact and shape these new modes of thinking." 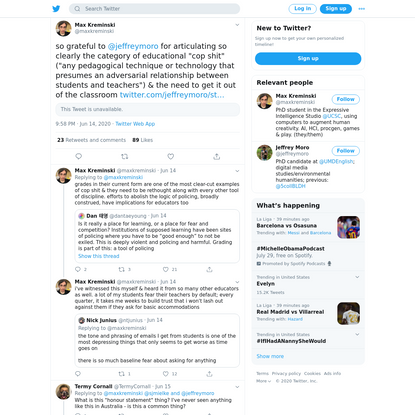