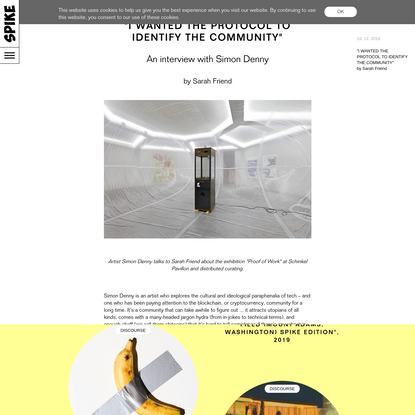 "I wanted the protocol to identify the … 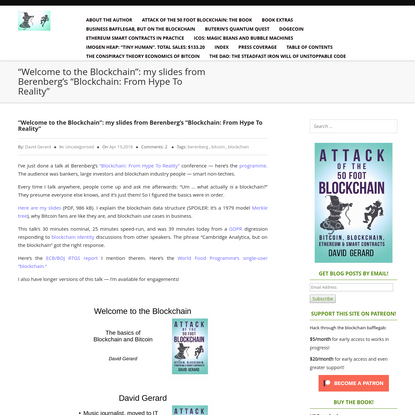 "Welcome to the Blockchain": my slides … 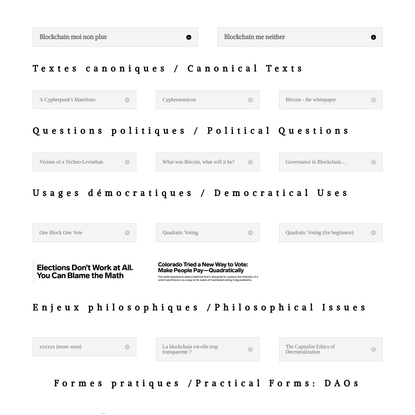 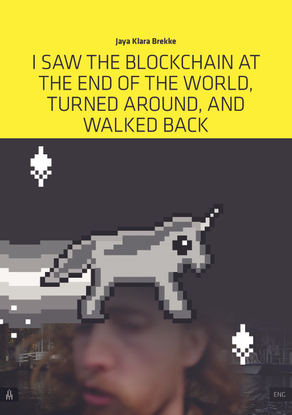 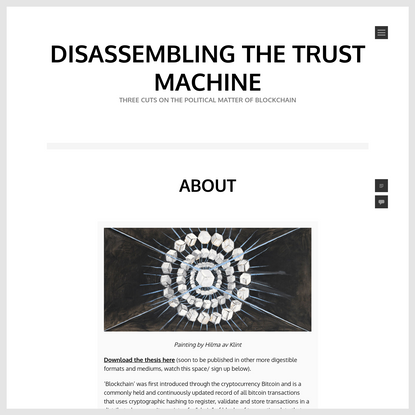 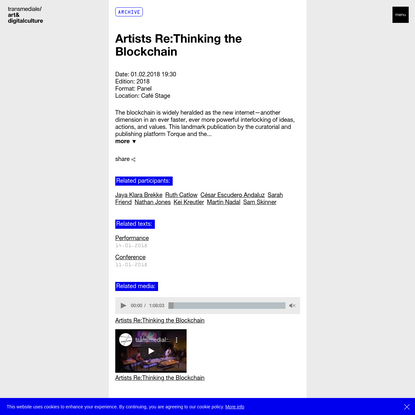 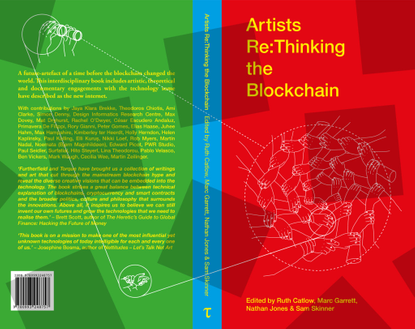 T90
Next-generation blockchain-inspired platforms use smart contracts to expand the notion of what a transaction can be in ways that may be able to begin to counteract the libertarianism built into blockchain.

Scholium a.
An example is the conjoint “Gravity” and “Space” cryptocurrency platforms under development by the Economic Space Agency (www.esca.io). The idea is that instead of blockchaining simple exchange transactions, transactions can be made programmable and thus infinitely customizable, extending to anything that could be conceived of as a contract. “Contract” is taken in its broadest and most basic definition, as a conditional engagement where one action (or set of actions) calls for a return action, either immediately or within a designated time interval. This need not involve an exchange per se, i.e., the use of a currency as medium of exchange and general equivalent. Any proposition for an if–then call and response between actions could be programmed. The actions also need not be individual. For example, a smart contract could specify a set of actions needed to prepare a collective project for taking a step forward in its process, and what will happen when those conditions come together. A simple example would be a collaborative film production, where smart contracts could be used to bring equipment, skills, and resources together for a shoot or a promotional campaign, and once the conditions are in place, trigger these logistical operations into action. They could also be used to organize collaborative input into the creative process of the film’s conception. Even more, smart contracts could be used to decentralize decision making by enabling propositions to be made and voted upon according to pre-agreed-upon protocols. Logistics, creative collaboration, governance, and the production of value would then be intertwined through a single platform whose running would be autonomous and distributed, dispensing with the need for an executive hierarchy overhanging the process and lording over its participants. In this way, a certain commons of productive activity would be created, with an ethos of collective collaboration and a certain instantiation of direct democracy. The overall system is designed to be customizable down to the lowest level, so that unlike Bitcoin or Ethereum, projects can program a dedicated domain of operations embodying their particular orientations and priorities while at the same time remaining interoperable with the general cryptocurrency environment. With this, the DAO (distributed autonomous organization) evolves into the DPO (distributed programmable organization). With that evolution, the blockchain will have to give way to a more rhizomatic architecture, such as the “holochain” (https://blog.p2pfoundation.net/difference-blockchain-holochain/2017/11/02).

Scholium b.
The film production example shows significant progress in overcoming the individualism of first-generation blockchain. At the same time, the limits of it are easy to see. As soon as there is a product, self-interest comes back into the picture. The film will be marketed and make money in the dominant economy. Each individual collaborating on the project will expect a share of the profit generated. This is still a capitalist project. The production is market oriented and is aiming for the generation of profit that, in the name of fairness, would have to accrue to the members of the collective according to a pre-agreed protocol (also formalized in a smart contract). The lure of profit is a powerful attractor. It is a way of incentivizing that activates a plethora of ingrained capitalist—and tendentially individualist—attitudes and habits that could not fail to inflect what creative directions are taken, what propositions are made, and what decisions pass the vote. The creative film process would not be fulfilling itself only for the surplus-value of life it brought to the collaborators and the eventual viewers of the field. It will not be lived and enjoyed purely qualitatively, as a value in itself. In addition to producing surplus-value of life, it will also be lived for quantitative gain, and these two contrasting tendential movements might enter into potentially uncreative tension. The interference between the profit motive and the creative impetus, between collaborative energies and individual gain, would likely de-intensify the creative process by making its self-driving be driven by an outside goal.