ABOUT - The Art & Law Program 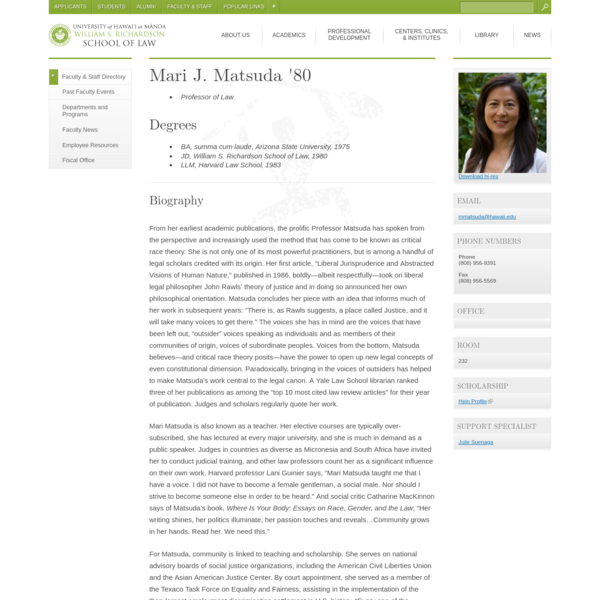 Models of Integrity: Art and Law in Post-Sixties America

We Won’t Go Back: Making the Case for Affirmative Action, Houghton-Mifflin (1997) (with Charles Lawrence).

Where is Your Body? And Other Essays on Race, Gender and the Law, Beacon Press (1996).

Called From Within: Early Women Lawyers of Hawaiʻi, University of Hawaiʻi Press (1992) Editor.