Alter-rational, constructive and navigational self investigates traces of an emergent approach to identity, that conceptualizes the self as ongoing project of construction and navigation. The sense of self is not so much about defining or finding an essence, as it is about becoming aware of ones continous radical implication in material, digital and cognitive interdependencies, which one does not have control over, but is radically exposed to and engaged in.

The kind of movements you find in sports and habits are changing. We got by for a long time with an energetic conception of motion, where there's a point of contact, or we are the source of movement. Running, putting the shot, and so on: effort, resistance, with a starting point, a lever. But nowadays we see movement defined less and less in relation to a point of leverage. All the new sports-surfing, windsurfing, hang-gliding-take the form of entering into an existing wave. There's no longer an origin as starting point, but a sort of putting-into-orbit. The key thing is how to get taken up in the motion of a big wave, a column of rising air, to "get into something" instead of being the origin of an effort. 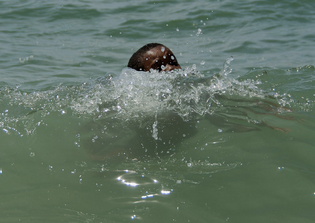 In the interview, Stiegler argues (as he has elsewhere) that we are increasingly under pressure to ‘synchronise’ – to conform to particular patterns of thought and behaviour—especially consumerism – in the ongoing struggle of capitalism to find ever-more profit. This synchronisation, he says, is led by the ‘programme industries’ – mass media and so on – that want us to mindlessly submit to consumerism and commodification (through systems like Facebook). What is engendered is a form of ‘programming’, as an exercise of ‘psychopower’, which is something like the forms of ‘control’ envisaged by Deleuze (and drawn upon by Stiegler previously).

Stiegler’s answer to this is to identify the need to ‘deprogram’, using techniques of the self (following Foucault). He goes on to provide an example of what he does on holiday—which sounds suspiciously like work to me, but then its all about the otium, the pursuit of knowledge while free from the pressures of subsistence.

PM. How do you deprogram yourself?

Bernard Stiegler. To deprogram oneself necessitates keeping to very specific schedules, which are what Foucault, once again, described as techniques of the self, echoing Seneca. Holidays are a moment to practice such programmes. Myself, I use relaxation as a form of deprogramming. When I go on holiday, I work early and write all morning. Then, I swim, a lot, until that state when physical exertion stimulates a rush—because the brain produces a lot of endorphins. Swimming thus becomes a journey within oneself, during the course of which I run back through my memory of everything I wrote several hours earlier. Then I lie in the sun, drained, and I let my mind empty, since this is how unlikely thoughts can arise: a programming emerges from all of this. Then I return to writing: I note all that has arisen — first in the water, then in the sun — all through rereading and annotating what I wrote in the morning.

Under the sun, I sense that this mass of hydrogen that has been combusting for several billion years is a cosmic programme that intervenes in my physiological programmes — muscles, brain, various organs — and which, in this intervention, produces a difference, a change of programme which allows me to write another kind of programme: a book in which I comment generally on other books.

Books, when they are good, are thus deprogramming programmes, unlikely programmes, like poems, in which there must be, wrote Paul Claudel, “a number that prevents counting”.

BERNARD STIEGLER ON HOLIDAYS AND THE NE…

Technologies of The Self

Technologies of the self, which permit individuals to effect by their own means or with the help of others a certain number of operations on their own bodies and semis, thoughts, conduct, and way of being, so as to transform themselves in order to attain a certain state of happiness, purity, wisdom, perfection, or immortality.

My objective for more than twenty-five years has been to sketch out a history of the different ways in our culture that humans develop knowledge about themselves: economics, biology, psychiatry, medicine, and penology. The main point is not to accept this knowledge at face value but to analyze these so-called sciences as very specific "truth games" related to specific techniques that human beings use to understand themselves.

Foucault, Michel. Technologies of the Self: A Seminar with Michel Foucault. Amherst: U of Massachusetts, 1988. Print.

Thus, neither photographer nor aesthetician, what am I doing here? I'm not doing aesthetics but I'm trying to build a thought that exceeds or replaces the general process of philosophical aesthetics and its descriptions. This is a practice of quite special genre that is not completely standard or recognized. A bit as though an artisan, to use a Socratic example, instead of making a camera based off of diagrams found in manuals, on the contrary had as his or her project the designing of a completely new apparatus of philo-fiction, thus capable of producing not simple photos, but photo-fictions.

Moving from a critical to a constructive feminism for which the future remains open as a site of radical recomposition, key historical precedents to the above nexus of ideas will be examined alongside contemporary texts with the aim of sketching out a set of positions responsive to the demands made by twenty-first century conditions on any realistically future-oriented transfeminist political project.

If you would help me, don't try to change me to fit your world. Don't try to confine me to some tiny part of the world that you can change to fit me. Grant me the dignity of meeting me on my own terms--recognize that we are equally alien to each other, that my ways of being are not merely damaged versions of yours. Question your assumptions. Define your terms. Work with me to build more bridges between us.

It’s the place where my mother lives, with the room with my books.
It’s a kind of Norman Bates’ mother house.
I won’t allow anyone to enter.

Not because I’m hiding something, but because, what I want to have, for me, for my work, is precisely nothing, a nothing, an empty place where nobody is allowed to enter.
That’s the point, there is nothing secret in there and it’s basically an empty place.
Of course there are books inside, but these are books known by everyone, the point is that the books are in that place.
The whole point is, that it’s half prohibited even to me, I don’t like to work there.
And now…

Why should I believe that there are books inside?

Ahh, yes, this is my point.
If you do not believe it, it’s even better, because you are then full of doubt.
For me the true master, is not a public person in to whom you believe, the true master is like Doktor Mabuse, you don’t know if he exists or not and for that reason, he is even more horrible.

The room is very secret; actually nobody is allowed to enter it.
The more someone is close to me, the more I resent them entering the room, just so they won’t disturb anything.
The more he or she is friendly, the more I detest it.
I wouldn’t mind a total stranger to enter though.

How about your wife?

Uhm… yes and no, I mean, of course I cannot… as you know, we are in the so-called enlightened twentieth century; I cannot prohibit it.
She enters and then I quickly try to follow her and ask what she wants and give it to her myself, so she won’t disturb my perfect order.
It’s the kind of ideal neurotic constellation.
It look’s confused, it is confused, but for example… I don’t remember if it was my so or my wife, one of them did look into some books, and thought I wouldn’t notice; I noticed it immediately.
In a Sherlock Holmes like way, I reconstructed the exact order of what they did there.

Whitehead's personal life was not only without stories, but it has left very few traces behind. He answered the letters written to him only rarely, and at his death his personal papers were destroyed, as he had requested. 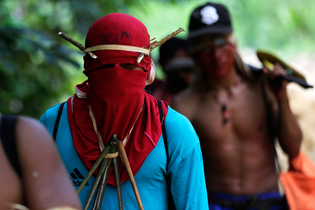