the contradiction between theory and experience

My scientific experience led me to defend in theory the position of absolute determinism. The sheer fact of searching for causes implied positing determinism as a postulate. But at the very same time as I upheld this position, I fought to obtain concrete things, made certain decisions, chose one strategy over another . . . Determinism changed nothing in my everyday life, in the relationships I formed, including within my laboratory. In sum, I lived fully the contradiction between theory and experience.

I spread the gel over my shoulders. First instant: the feeling of a light slap on the skin. The feeling changes into one of coldness before it disappears. Then nothing for a day or two. Nothing. Waiting. Then an extraordinary lucidity settles in gradually, accompanied by an explosion of the desire to fuck, walk, go out everywhere in the city. This is the climax in which the spiritual force of the testosterone mixing with my blood takes the fore. Absolutely all the unpleasant sensations disappear. Unlike speed, the movement going on inside has nothing to do with agitation, noise. It’s simply the feeling of being in perfect harmony with the rhythm of the city. Unlike coke, there is no distortion in the perception of self, no logorrhea nor any feeling of superiority. Nothing but the feeling of strength reflecting the increased capacity of my muscles, my brain. My body is present to itself. Unlike speed and coke, there is no immediate come down. A few days go by, and the movement inside calms, but the feeling of strength, like a pyramid revealed by a sandstorm, remains.

I have no need to remind you—not you, who are reading this book—that the province of sex (and I mean your sex) is not the individual body (your body) or the private domain (your private domain) or any domestic space (your domes- tic space). That not the individual body, or the space called private, or domestic space escape political regulation. Sex, excitation, the demand for erection and ejaculation are at the center of pharmacopomographic political production and economy. Accordingly, the situation can be deﬁned in the following terms: labor sexus est. In the cyberextended pharmacopornographic city, the material process of work depends on a collection of sexual tractions, psychosomatic instincts, hormonal escalations, the establishment of syn- aptic connections, and the emission of chemical excretions. Sex is work. Nevertheless, the object of work is not to sat- isfy, but to excite: setting in motion the somatic mechanism that regulates the excitation-frustration-excitation cycle. We are working at the porn factory: a technosomatic indus- try fueled by sperm, blood, urine, adrenalin, testosterone, insulin, silicone, psychostimulants, and estrogens, but also the digitized signs that can be transmitted at high speed, whether number, text, sound, or image. We call the pomiﬁ- cation of labor the capture of sex and sexuality by economy, the process by which sex becomes work. Thus, in order to understand the praxis of post-Fordist labor, it is necessary to study in detail three domains that, until now, were considered peripheral or marginal to capi- talist cycles of production and consumption: 1. The production, traﬂicking, and consumption of (legal or illei gal) drugs. By drug, in this case, I mean what Derrida calls pharmakon: not only every chemical substance of natural or synthetic origin that typically affects the functions of the central nervous system of the living organism, but also, in ‘a larger sense, all biologically active legal or illegal substances that are able to modify the metabolism of the cells on which they work. Texts and visual signs are also pharmakon. 2.The production, circulation, and consumption of audiovisual pomographic materials. By pornography, I mean, in this case, any sexually active audiovisual technique capable of modi- fying the sensibility and production of desire, of activating cycles of excitation-frustration and the production of psy- chosomatic pleasure, in ﬁne, of capturing the body's system of affect production. 3. Sexual labor: The transformation of a body's potentia gau- dendi into a commodity by a contract (more or less formal) of service. The power of these three platforms-—drugs, pomographic audiovisual material, sexual services—for the production of capital rests in their ability to function as prostheses of subjectivity. What's being designed here is the logic of a gen- eral phannacopornographic economy at the heart of which cir- culate organs, pills, ﬁnancial codes, communication links, images, texts, jerk-off sessions, liters of silicone, chemical compounds, dollars, and so on.

Pornographic excitation is structured according
to the boomerang: pleasure-in-the-desubjectiﬁcation-of-
the-other/pleasure-in-the-desubjectiﬁcation-of-the-self:
watching a subject that can't control the force of its sexual
production (potentia gaudendi) and seeing it at the very
moment it renounces that force, to the beneﬁt of an all-
powerful spectator (oneself, the person who is watching)
who, in turn, and through the representation, sees him- or
herself desubjectiﬁed, reduced to a masturbatory response.
The one watching is pleasured by his or her own process of
desubjectiﬁcation. If we consider the fact that the goal of all
pornographic visual material is to make represented ejacu-
lation coincide with the spectator’s ejaculation (understood
in the abstract as a cis-male, the universal visual ejacula-
tor), we should be able to condude that the pleasure of the
pornographic eye resides in a cruel contradiction. On one
hand, the spectator receives the impression-—by means of
the desubjectiﬁcation of the pom actors—that he's the one
who possesses the potentia gaudendi of the actors; on the
other hand, the body of the spectator is being reduced to
an involuntary receiver of ejaculatory stimuli, thereby put-
ting him in a position deprived of any power to make sexual
decisions. The distinctive feature of pornographic subjec-
tivity is the visual swallowing of its own sperm, the fact of
simultaneously being both a universal erect cock and a uni-
versal receiving anus; and this is something that points us
toward a pomosophic precept: pomete ipsum.

We are facing a new kind of capitalism that is hot, psychotropic and punk. These recent transformations indicate new micro-prosthetic mechanisms of control emergent from advanced bio-molecular techniques and media networks. The new world economy does not function without the simultaneous and interconnected production and deployment of hundreds of tons of synthetic steroids, without global dissemination of pornographic images, without the manufacturing of new varieties of legal and illegal synthetic psycho-tropics (e.g. enaltestovis, Special K, Viagra(c), speed, crystal, Prozac(c), ecstasies, poppers, heroine, omeoprazole) without the global dispersal of mega-cities of misery knotted into high concentrations of capital,11 or without an informatic treatment of signs and numeric transmission of communication. These are just some snapshots of a post-industrial, global and mediatic regime that I will call from here onwards pharmaco-pornographic. This term references the processes of a bio-molecular (pharmaco) and semiotic-technical (pornographic) government of sexual subjectivity – of which ‘the pill’ and Playboy are two paradigmatic offspring. During the second half of the twentieth century, the mechanisms of the pharmacopornographic regime are materialized in the fields of psychology, sexology and endocrinology. If science has reached the hegemonic place that it occupies as a discourse and as a practice in our culture it is precisely thanks to what Ian Hacking, Steve Woolgar and Bruno Latour call science’s ‘material authority’, that is to say, its capacity to invent and produce life artefacts.12 These sciences have established their ‘material authority’ by transforming the concepts of the psyche, libido, consciousness, femininity and masculinity, heterosexuality and homosexuality into tangible realities. They are manifest in commercial chemical substances and molecules, biotype bodies, and fungible technological goods managed by multinationals. The success of contemporary techno-science consists in transforming our depression into Prozac(c), our masculinity into testosterone, our erection into Viagra#, our fertility/sterility into the pill, our AIDS into Tri-therapy without knowing which comes first; if depression or Prozac(c), if Viagra(c) or an erection, if testosterone or masculinity, if the pill or maternity, if Tri-therapy or AIDS. The pharmaco-pornographic regime is differentiated in part by the production of performative self-feedback. 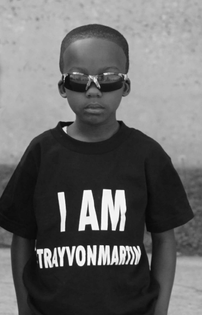 "Become a beacon of insane hope."

Recognizing our insignificance, the unimportance of what we think, do, or cannot do, we find ourselves in full mastery of ourselves to the potential limit of our ability. That sort of unstable equilibrium that is abandoned in each action and recovered for the next is the essence of human maturity

Moshe Feldenkrais, The Potent Self: A …

I dont beleive in the virtue of using language for 'self-expression', the language that interests me is the one that can actually destroy all the circular, enclosed, narcissistic forms of the subject and oneself...
And what i mean by 'the end of man' is, deep down, the end of all these forms of individuality, of subjectivity, of consciousness, of the ego, on which we build and from which we have tried to build and constitute knowledge. This is one of the forms of this limitation, of these exclusions, of these rejections that i was talking about.

The West has tried to build the figure of man in this way, and this image is in the process of disappearing...

And so I don't say the things I say because they are what i think, but rather I say them with the end in mind of self-destruction, precisely to make sure they are no longer what i think. To be really certain that from now on, outside of me, they are going to live a life or die in such a way that i will not have to recognize myself in them.

Identity as something that slips past you, that you avoid being hit by. Direct identification stabilises and fixates you, whereas the navigating approach to identity allows for the open to subsist.

One of the useful paradoxes of the User’s position as a political subject is the contradictory impulse directed simultaneously toward his artificial over-individuation and his ultimate pluralization, with both participating differently in the geopolitics of transparency. For example, the Quantified Self movement (a true medical theology in California) is haunted by this contradiction. At first, the intensity and granularity of a new informational mirror image convinces the User of his individuated coherency and stability as a subject. He is flattered by the singular beauty of his reflection, and this is why QSelf is so popular with those inspired by an X-Men reading of Atlas Shrugged. But as more data is added to the diagram that quantifies the outside world’s impact on his person—the health of the microbial biome in his gut, immediate and long-term environmental conditions, his various epidemiological contexts, and so on—the quality of everything that is “not him” comes to overcode and overwhelm any notion of himself as a withdrawn and self-contained agent. Like Theseus’s Paradox—where after every component of a thing has been replaced, nothing original remains but a metaphysical husk—the User is confronted with the existential lesson that at any point he is only the intersection of many streams. At first, the subject position of the User overproduces individual identity, but in the continuance of the same mechanisms, it then succeeds in exploding it.