What gives a document like the park permit, or a colonial map for that matter, its power to define, to make immutable fact, establish convention, and to make incredulous or violent those who encounter an “illiteracy” of its claims?

Jorge Luis Borges’s tale of a fully detailed and life-sized map that eventually tore and weathered to shreds across the actual territory it covered is frequently quoted in essays on mapping (Borges 1933). Not only does the tale beautifully capture the cartographic imagination, it goes to the heart of a tension between reality and representation, between the territory and the map. Equally referenced is Lewis Carroll’s tale in Sylvie and Bruno, also of a life-sized map, in this case folded, thus preventing it being unfolded for practical application. The map was useless, allowing Carroll’s character Mein Herr to conclude, ‘so now we use the country itself, as its own map, and I assure you it does nearly as well’. In these two fables, not only is the map an inferior, secondary representation of territory but the more detailed and life-like the map strives to be, the more redundant or unnecessary it becomes. Unlike paintings or photographs, which have the capacity to bear a direct resemblance to the things they depict, maps must by necessity be abstract if they are to sustain meaning and utility. And such abstraction, the bane of untrained map readers, is not at all a failing of maps but rather their virtue.

James Corner on the necessarily abstrac…

…In that Empire, the Art of Cartography attained such Perfection that the map of a single Province occupied the entirety of a City, and the map of the Empire, the entirety of a Province. In time, those Unconscionable Maps no longer satisfied, and the Cartographers Guilds struck a Map of the Empire whose size was that of the Empire, and which coincided point for point with it. The following Generations, who were not so fond of the Study of Cartography as their Forebears had been, saw that that vast Map was Useless, and not without some Pitilessness was it, that they delivered it up to the Inclemencies of Sun and Winters. In the Deserts of the West, still today, there are Tattered Ruins of that Map, inhabited by Animals and Beggars; in all the Land there is no other Relic of the Disciplines of Geography.

Borges’ fable of a life-sized but usele… 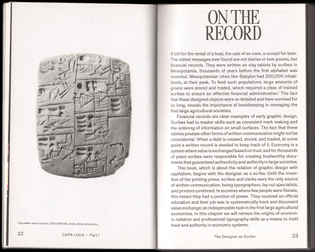 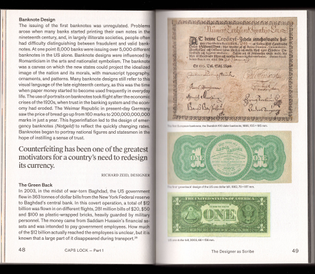 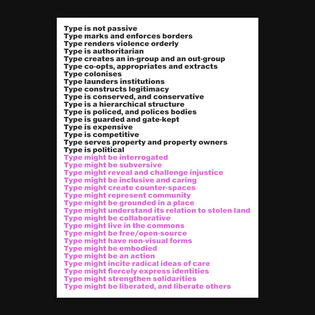 The city grid, which was designed by Robert Hoddle after 1835, reformed the land but also excluded Indigenous people. Richard Sennett, in his book The Conscience of the Eye, talks about the gridded city as a military formation. It is not surprising that when colonisers, particularly British colonisers, occupy Indigenous lands around the grlobe they create gridded cities similar to a garrison. So the gridded city is part of the notion of the garrison city. To show how much it operates as a fortress, Governor Latrobe excluded Aboriginal people. By about 1860 he began to push the Aboriginal people further and further away to the point where, as we know, they are forced onto missions and reserves.

Tony Birch on the city grid

After all, maps look nothing like their subject, not only because of their vantage point but also because they present all parts at once, with an immediacy unavailable to the grounded individual. But more than this, the function of maps is not to depict but to enable, to precipitate a set of effects in time. Thus, mappings do not represent geographies or ideas; rather they effect their actualisation.