Any fool can get into an ocean
But it takes a Goddess
To get out of one.
What’s true of oceans is true, of course,
Of labyrinths and poems. When you start swimming
Through riptide of rhythms and the metaphor’s seaweed
You need to be a good swimmer or a born Goddess
To get back out of them
Look at the sea otters bobbing wildly
Out in the middle of the poem
They look so eager and peaceful playing out there where the water hardly moves
You might get out through all the waves and rocks
Into the middle of the poem to touch them
But when you’ve tried the blessed water long
Enough to want to start backward
That’s when the fun starts
Unless you’re a poet or an otter or something supernatural
You’ll drown, dear. You’ll drown
Any Greek can get you into a labyrinth
But it takes a hero to get out of one
What’s true of labyrinths is true of course
Of love and memory. When you start remembering.

Jack Spicer, "Any fool can get into an … 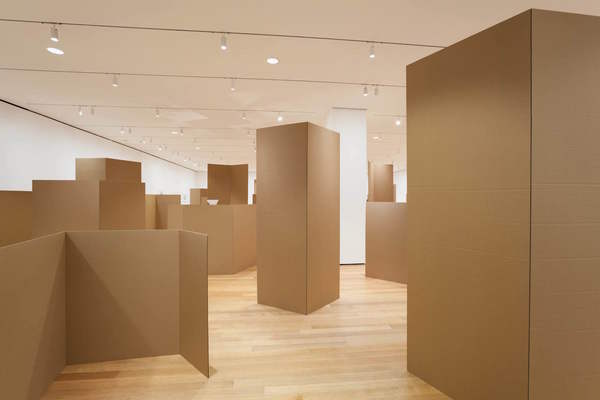 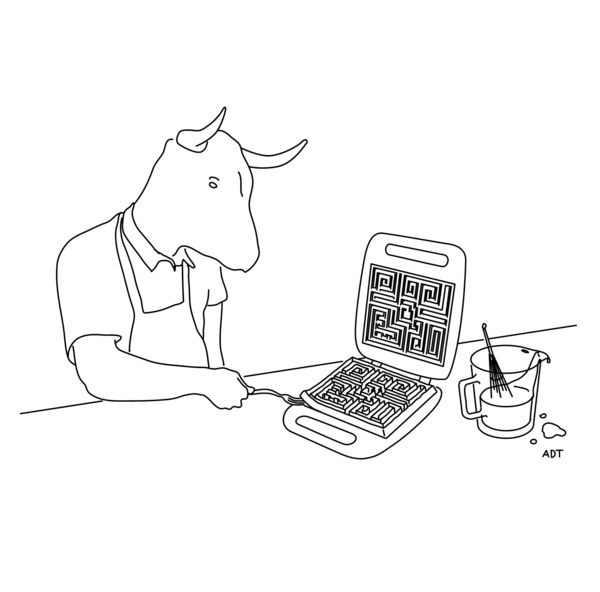 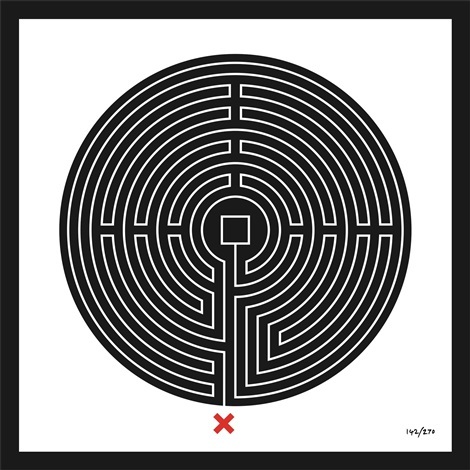 All the world’s photographs formed a labyrinth. I knew that at the center of this Labyrinth I would find nothing but this sole picture, fulfilling Nietzsche’s prophecy: “A labyrinthine man never seeks the truth, but only his Ariadne.”

As we are able to retain more and more of our past, it takes us longer and longer to become old; Lobey, everything changes. The labyrinth today does not follow the same path it did at Knossos fifty thousand years ago. You may be Orpheus; you may be someone else, who dares death and succeeds.

While Encyclopædia Britannica does not note any difference between labyrinth and maze, “Labyrinth, also called maze, system of intricate passageways and blind alleys. ‘Labyrinth’ was the name given by the ancient Greeks and Romans to buildings, entirely or partly subterranean, containing a number of chambers and passages that rendered egress difficult. Later, especially from the European Renaissance onward, the labyrinth or maze occurred in formal gardens, consisting of intricate paths separated by high hedges. . . . In gardening, a labyrinth or maze means an intricate network of pathways enclosed by hedges of which it is difficult to find the centre or exit,” according to Wikipedia, “In English, the term labyrinth_is generally synonymous with _maze. As a result of the long history of unicursal representation of the mythological labyrinth, however, many contemporary scholars and enthusiasts observe a distinction between the two. In this specialized usage maze refers to a complex branching multicursal puzzle with choices of path and direction, while a unicursal labyrinth has only a single path to the center. A labyrinth in this sense has an unambiguous route to the center and back and is not difficult to navigate.” While, unlike Encyclopædia Britannica, I differentiate between a maze and a labyrinth, the distinction between the two is different in my books from the one in Wikipedia: I reserve “maze” for worldly configurations and “labyrinth” for unworldly natural spaces and times—for me, both of the aforementioned structures in Wikipedia’s “Labyrinth” entry are mazes. If we are just living beings, one type of animal, then we would be exclusively in the natural world, and in the natural world while there can be and are mazes, there isn’t, indeed cannot be a labyrinth (in years to come, it is likely that researchers would be able to assert, based on human neuroimaging, that a certain mortal is experiencing being lost in a labyrinth, but that does not mean that the labyrinth itself is then part of nature and within the purview of science). It is not by crossing some natural threshold, for example, a river, or some man-made threshold, for example, a gate, that you will reach a labyrinth. You are not going to reach the labyrinth by airplane or train or car—except if the airplane or train or car crashes and you die. 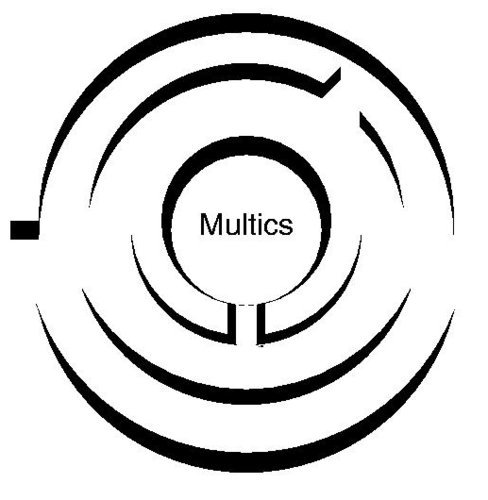 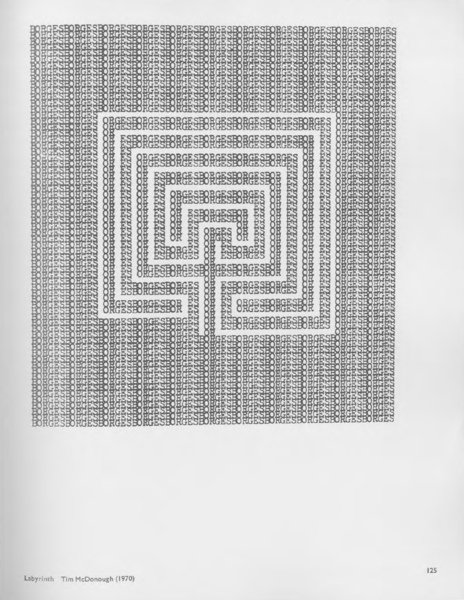