My archives, your archives, our archives. But by archives, I’m not thinking of musty or air-conditioned rooms, almost inaccessible. Tombstones of stalwart abbott. I’m speaking of archives of sound, of memory. Archives of the oral. Archives of spirit. The library as mbira, the thumb piano on which you play the troubles and the travels of your soul.… Archives of ownership, of reclamation, of record, of discovery, of yourself in a strange land by the still or turmoil waters where you lay down and weep, where you lay down and dream, where you become free. The oral moment here as text becoming.… I mean a slave knows that the slave is free when he or she has reclaimed his archives. 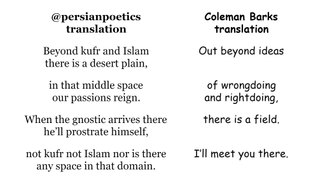 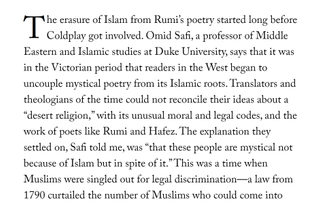 "And yet, the interface need not be virtual, or even graphical. It can be rigid: a
typewriter, a pair of eyeglasses, or a computer mouse. It can be biological: skin as an interface between the outer environment and bodily sensory interpretation. Or it can be infrastructural: thresholds like doors and windows, borders and airports. By what dimensions might one begin to interpret such a genre of “thing”? Benjamin Bratton, a sociologist and design theorist, offers a tidy definition of the term interface which manages not to buckle under the weight of its plurality of descriptions. He defines the interface as “any point of contact between two complex systems that governs the conditions of exchange between those systems.”57 These “complex systems” could be anything from humans (who use language as an interface), animals, machines, or environments, at any scale. The interface between any two of such systems is the boundary through which they communicate."

-- Will Freudenheim, Reading the Hybrid Worlds of Augmented Reality, 42

Google showed off how the machine learning prowess of its chip would be able to help with tasks like voice recognition, making photos less blurry (and even automatically erasing unwanted people from the background), and real-time captions and translation.

Articles must be written • All Five Pillars are the same height • Avoid vague introductions • Be a reliable source • Civil POV pushing • Cohesion • Competence is required • Concede lost arguments • Dissent is not disloyalty • Don't lie • Don't search for objections • Editing Wikipedia is like visiting a foreign country • Editors will sometimes be wrong • Eight simple rules for editing our encyclopedia • Explanationism • External criticism of Wikipedia • Here to build an encyclopedia • Most ideas are bad • Need • Neutrality of sources • Not editing because of Wikipedia restriction • The one question • Oversimplification • Paradoxes • Paraphrasing • POV and OR from editors, sources, and fields • Process is important • Product, process, policy • Purpose • Reasonability rule • Systemic bias • There is no seniority • Ten Simple Rules for Editing Wikipedia • Tendentious editing • The role of policies in collaborative anarchy • The rules are principles • Trifecta • Wikipedia in brief • Wikipedia is an encyclopedia • Wikipedia is a community

Read about the perspectives and issues of concern to others. Attempt to represent these in your editing. Invite others to edit. Be respectful of others. Work to understand your own biases and avoid reflecting them in your editing. Avoid topics or discussions where you expect that you are biased or where you don't wish to make the effort to overcome those biases. This is a large project, so work where you can best serve the central content and behavioral expectations, particularly those related to Wikipedia's policy relating to neutral point of view.

Read newspapers, magazines, reliable websites, and other versions of Wikipedia in whatever non-English language or languages you know. If you know only English, read articles from other countries where English is an official or primary language, like Australia, Canada, India, Kenya, New Zealand, Pakistan (where English is a co-official language, but not primary), South Africa, the United States, and the United Kingdom. Also, some countries (such as Brazil or Israel) in which English is not an official or primary language have important English-language press.

Where such English-language press is not available, automated translation, though still very imperfect, can enable you to instantly and freely access articles in many languages, and will thus often be a reasonably adequate substitute, especially when compared to learning another language, which is normally a slow and possibly expensive way to try to gain access to articles in a single language. But when possible, learning another language to the point of being able to read a newspaper fluently is much more effective. The learning process can be facilitated if you can take classes and spend time in a country where the language is spoken.

What you can do 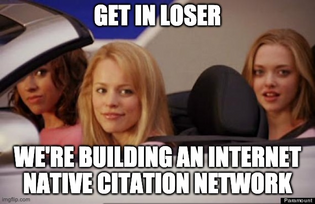 “I thought the interesting thing about those typefaces together is they bring about something classic,” she said.

mercury: developed to solve a problem for the New York Times