what can psychedelics and psychedelic aesthetics teach us about our baseline phenomenology and dominant (western, capitalist, christian) ontology?

Syntonic
adjective
(of a person) responsive to and in harmony with their environment so that affect is appropriate to the given situation. 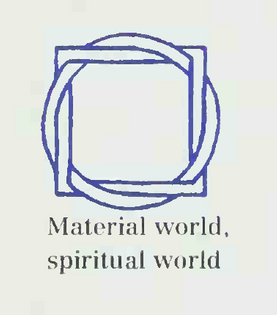 took a long break from psychedelics — not feeling my best and needed to get through the hard parts on my own. started a new course of microdosing today (this time with psilocybin, not lsd). feeling pretty good after the nausea of the first dose passed. hoping this can bring back enough motivation to invest myself in life again and return me to more of a lucid state of mind

great trip yesterday, will post more later, but i wasn't able to dig into immanence much. there were some realizations and a few things deleuze et. al (esp benjamin and heidegger) were getting at in their own ways began to concretize in my head.

mostly it was an introspective trip + spent a lot of time in the park just enjoying watching things happen around me, which i guess is in itself immanence in a small way

mushrooms tomorrow, ~1.5–2.5g of mushroom honey, have not decided on exact dose yet

intentions are still not set, but hopefully some clarity on a few ongoing life issues and another peek into "immanent" states of mind

update: been busy, waiting for the right time to dose again, hopefully ~2 weeks or so

Quotes from The Psychedelic Experience: A Manual Based on the Tibetan Book of the Dead

“Of course, the drug dose does not produce the transcendent experience. It merely acts as a chemical key - it opens the mind, frees the nervous system of its ordinary patterns and structures. The nature of the experience depends almost entirely on set and setting. Set denotes the preparation of the individual, including his personality structure and his mood at the time. Setting is physical - the weather, the room's atmosphere; social - feelings of persons present towards one another; and cultural - prevailing views as to what is real. It is for this reason that manuals or guide-books are necessary. Their purpose is to enable a person to understand the new realities of the expanded consciousness, to serve as road maps for new interior territories which modern science has made accessible.”

D&G it seems thought drugs to be antithetical to the base ideology of the plane of immanence — loopholes that allow us to glimpse immateriality but not become immaterial ourselves (pure immanence). I'm not so sure about this. I think they've missed the aesthetic side of psychedelics completely — the ontology revealed through their use can speak volumes not only to the cracks and fissures in the world but also to the sensibilities that can heal those fissures. A shortcut? Maybe. Antithetical? I don't think so.

Deleuze on drugs and the plane of immanence:

The danger of drug use, and here Deleuze and Guattari are talking principally about the noetic danger (the social and the physical dangers are only alluded to) is to be stuck in « phantasy » separated from the plane of consistency (real life transformation). The secret is not chemical (material substances) but alchemical (noetic processes):

"drug users believed that drugs would grant them the plane, when in fact the plane must distill its own drugs"

The discussion on this point is noetic rather than medical, moralistic or empirical. On the empirical question Deleuze is quite clear: taking drugs ultimately leads us on the path of conformism, the cardinal virtue is abstention (not abjuration).

On the noetic question (but the two are intertwined), the aim is

"To reach the point where « to get high or not to get high » is no longer the question, but rather whether drugs have sufficiently changed the general conditions of space and time perception so that nonusers can succeed in passing through the holes in the world and following the lines of flight at the very place where means other than drugs become necessary. Drugs do not guarantee immanence; rather, the immanence of drugs allows one to forgo them (ATP, 286)."

"One does not conform to a model, one straddles a horse. Drug users have not chosen the right molecule or the right horse. Too bulky to grasp the impercep­tible and to become imperceptible, they believed that drugs would give them the plane (ATP, 286)."