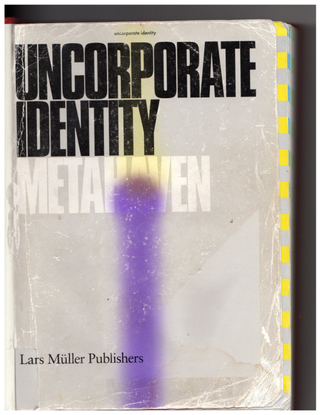 INTIMACIES dynamics in groups of three

"further evidence of complicity between Jana and Adriaan. Jana was still looking at him and now she laughed too loudly, tossing her hair extravagantly, a gesture I was not familiar with, it was if she had remade herself entirely for the occasion."

"disavowed knowledge reverberated through the room."

"there’s a difference between living in theory and living in practice. She spoke as if home ownership had transformed her completely, as if she’d been buried in the battlements of her apartment, her life ossified. But I knew this wasn’t true, that Jana’s own situation remained contingent, the stability around us was simply a matter of appearances."

it begins with a certain dynamic between two people. she is not offended by the attractive man who comes to speak to her. he drops an intentional bomb regarding the man she's seeing and she reacts as if she had already known, as if this made no difference to her. when the third party (A) arrives, K changes his disposition toward her in the presence of A, which H finds disturbing and clarifies, "I don't even know your name." It is suddenly no longer about her. She is "a medium," and they are talking about Gabi. At first, A places G+K on one side, but K swiftly agrees with A, and speaks against G. Irritably, A defends G.
A large amount of this is reactionary.
Towards the end, when it is just her + A, he finally faces the information that has been revealed and they end up taking a step forward in their relationship.

"Even from the inside, he continued, encouraged, what do you really know of your own marriage?"

here, a cusk-like statement. a rather bold interjection, one that is sure to stir the other person.

"To my horror, he reached out and wrapped his arm around my waist. We’re the best of friends, he said. He did not look at me but trained his gaze on Adriaan, who suddenly reached into the pocket of his jacket and took out the cigarette after all. The man’s touch was damp and somehow sticky, even through the layers of my clothing."

"I don’t even know your name, I said to the man, I don’t think you introduced yourself, you said only that you were a friend of Adriaan’s. The man frowned, he had shoved his hands into his pockets when I moved away"

"he must have been thinking that it had been a mistake to come out onto the balcony. When he joined us he’d had the air of a man who had the upper hand, or believed himself to, but now he simply looked as if he were wondering how quickly he would be able to extricate himself from the situation."

"I was only the medium through which his statements were passing, and similarly I understood that my presence must have been what allowed Adriaan to speak so directly to Kees,"

here, a direct nod to translation

"Gaby was never very sensitive, Kees said and looked at Adriaan with a little shrug, as if to say, You of course would be the first to know that."

"Gaby has always been herself, Adriaan said irritably. Kees stared at him for a moment and then nodded, obviously on this point there could be no disagreement."
"Yes, he said at once. But I don’t know for how much longer. Is that okay? The words themselves were simple to the point of being blunt, but they were also words that did not try to deflect or avoid."

here, also the way language works in its simplicity and/or complexity.

the link between a magnetic personality + appearance and crime

from intimacies
"it was the man’s magnetism, which had persuaded thousands of people to commit terrible acts of violence;"
"accused therefore had an aura when they were brought to The Hague, we had heard a great deal about these men (and they were almost always men), we had seen photographs and video footage"
"not mere criminals who had been dressed up for the occasion, but men who had long worn the mantle of authority conveyed by a suit or uniform, men who were accustomed to its power."

from say nothing
"Dolours selected eye-catching ensembles—smocks, pinafores, sweaters. She had always been attuned to performance, and there was an unmistakable sense that the trial had become a stage. As the proceedings dragged on, her red hair, which had been pixie short at the time of the bombings, gradually began to grow out. But if there were moments when Dolours seemed to take the process lightly, she could also show flashes of fiery resolve."
"The girls were sassy and carefree in the courtroom, even upbeat. They chuckled when the prosecution showed a photo of Michael Mansfield’s wrecked Triumph."

from shahs of shahs
"Because he's killed someone great, he also seems somehow great. His crime has elevated him to a higher realm of existence."

it's not just a spectacle; it's our fascination with doing something so rebellious (even if harmful) and then the perfectly charming and dressed up personality that comes with it. also see this mentioned in a lot of true crime court room docus.

the link between a magnetic personality…

When you start a project (like a book), Kitamura says, it’s expansive. It’s wide open and full of possibility, narrowing as you continue into the narrative. You give it shape, doors close. This reminds me of life, and maybe one of the reasons why youth is freeing and limitless. As with a written narrative, you make decisions as you age and the future becomes more knowable. It brings familiarity, the comforting knowledge of a shape you can predict. But this is what makes one restless. Creating something is a way of starting anew, of experiencing vastness again and again well past your youth.

Reality Hunger seems to be saying that we both cannot shape anything out of fiction and must make shapes out of lives for stories, we are plotless and full of plots, reality is fiction and fiction is reality, and so on. Everything is contradictory— which is, a lot like life.