idea changes each time they touch 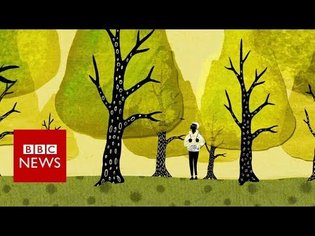 The image of bipolarity thus masks what is, in effect, only the pole of self. The self sets itself within a hall of mirrors; it mistakes its reflection for the world, sees its own reflections endlessly, talks endlessly to itself, and, not surprisingly, finds continual verification of itself and its world view. This is monologue masquerading as conversation, masturbation posing as productive interaction; it is a narcissism so profound that it purports to provide a universal knowledge when in fact its violent erasures are universalizing its own singular and powerful isolation. It promotes a nihilism that stifles the knowledge of connection, disabling dialogue, and maiming the possibilities whereby ‘self might be captured by ‘other’.
At the margins, within the domain of the ‘other’, one knows that the world, life and people express themselves with rich and interactive presences that are invisible from the viewpoint of deformed power, except, perhaps, as disorder or blockage. The dismantling of this oppressive and damaging pole is a necessary step in moving towards dialogue. Dismantling will fail if it is confined to monologue; we must embrace noisy and unruly processes capable of finding dialogue with the peoples of the world and with the world itself. We must shake our capacity for connection loose from the bondage of the monological self.

the bondage of the monological self

"Sometimes it would be nice, I think—it would be a relief—to be so certain. To be so sure, to have such sharp edges. To know where one began and ended.

But I did, in fact, use to be sure, to be that certain. And it felt like this: like a hard stone in my body that caught and scraped, and made it difficult to move. That made it impossible to feel, to taste and trace the contours of myself, of others." 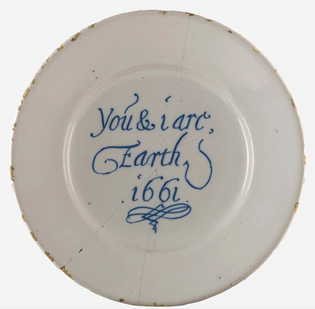 We can learn a new solar economy from plants, medicines from mycelia, and architecture from the ants. By learning from other species, we might even learn humility. 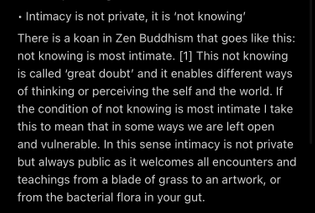