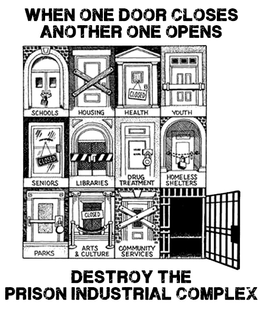 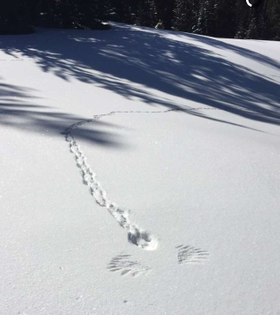 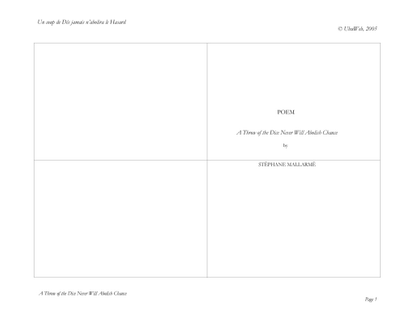 "In another but equal way, what was possibly the most important work in this exhibition-the result of Broodthaers's spectacular act of destroying the remaining
parts of his last volume of poetry in 1964 - assumes different qualities
in the perspective of that historical situation which made it abundantly clear to him that the strategies of the dadaists and their post war followers faced bankruptcy
or academicization. Before he decided to insert the remaining edition of
his last volume of poetry into plaster, he had already transfigured that volume by
superimposing rectangles of colored monochrome paper onto the poems inside the volume, thus prohibiting the reading of those poems. This erasure anticipates the procedure that Broodthaers would apply four years later by transforming the lines of Mallarme ~ Un coup de dds into the black bands which appear simultaneously as erasures and as elements of increased visual emphasis and spatial presence." - Benjamin Buchloh

"Now the letter and the word which have rested for centuries in the
flatbed of the book's horizontal pages have been wrenched from their position and have been erected on vertical scaffolds in the streets as advertisement." - Walter Benjamin 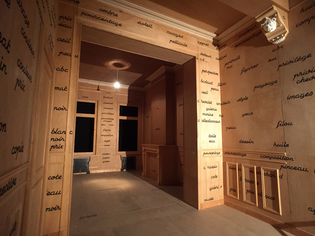 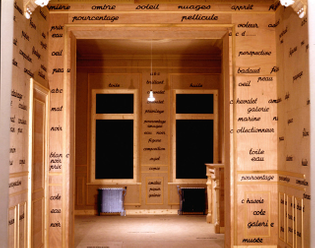