The very fact that Chladni's work with the sound figures was triggered by Lichtenberg's electrostatic figures for which he was trying to find an acoustic analogue, coincided with a naturphilosophische search for symmetries and signs of hidden relationships among natural forces.

According to the most general version of this romantic theory, manifest for example in the writings of Herder, all of nature speaks through its form, and the physiognomy of the natural world is cast as language, the "book of nature" that merely awaits correct deciphering. A more restricted variant holds that only those aspects of nature which have a formal feature reminiscent of inscription are to be described as hieroglyphs. Here nature seems to be saying something in a language that the human race can no longer understand, that it has forgotten. But this language is in fact the most ordinary language, the Ur-alphabet in which creation was, as it were, spelled out. Indeed, unlike all subsequent languages, what marks this primordial language is that it does not require any code at all since, here, sign and referent are the same. These hieroglyphs are what they mean. Their unintelligibility today is simply an index of the extent to which the present era has lost touch with that nature. For the German romantics, there were generally only two ways to reestablish contact with this Ur-language: either through the direct, but ephemeral, recreation of that language through poetry, or the more tedious, step-by-step relearning of that alphabet through the scientific exploration of nature. The task of physics was thus to make legible once again the currently unintelligible hieroglyphs of nature. Indeed, for the romantics, the discoveries of contemporary physics seemed to confirm the promising visions of the poets.[73]

Through this reading, Lichtenberg's figures (1777) made the then mysterious phenomenon of electricity finally become readable. With Chladni figures (1787), for the first time, one could associate acoustic phenomena to specific graphic figures which, most importantly, were "drawn" by the sounds themselves. These were not arbitrary but were rather in some sort of a "necessary" - indexical - relation to the sounds.[74]

This very problem was explored in 1806, when the prominent Naturphilosoph Hans Christian Ørsted--who would become famous for his discovery of electromagnetism in 1820--used Chladni's technique (using alcohol and lycopodion powder instead of sand) in a further effort to disclose a connection between sound and electricity.[75]

Both Lichtenberg's and Chladni's figures intrigued another romantic physicist, Johann Wilhelm Ritter. In them, Ritter saw nature's own form of script-Ur-images and hieroglyphs that constituted the true alphabet of the Book of Nature. He wrote in 1810[76]:

"It would be beautiful if what became externally clear here were also exactly what the sound pattern is for us inwardly: a light pattern, fire-writing. [..] Every sound would then have its own letter directly to hand [..] That inward connection of word and script - so powerful that we write when we speak [..] has long interested me. Tell me: how do we transform the thought, the idea, into the wqord; and do we ever have a thought or an idea without its hieroglyph, its letter, its script? Truly, it is so: but we do not usually think of it. But once, when human nature was more powerful, it really was more extensively thought about; and this is proved by the existence of word and script. Their original, and absolute, simultaneity was rooted in the fact that the organ of speech itself writes in order to speak. The letter alone speaks, or rather: word and script are, at source, one, and neither is possible without the other [..] Every sound pattern is an electric pattern, and every electric pattern is a sound pattern. [..] My aim [..] was therefore to re-discover, or else to find the primeval or natural script by means of electricity. [..] In reality the whole of creation is language, and so is literally created by the word, the created and creating word itself [..] But the letter is inextricably bound up with this word both in general and in particular. [..] All the plastic arts: architecture, sculpture, painting, etc. belong pre-eminently among such script, and developments and derivations of it.", quoted in Walter Benjamin.

Ritter held the opinion that material images, like Chladni figures, entailed the true language--a pictorial language--of science. He reveled in the pure multiformity of the Klangfiguren, their symmetry, and their relationship to other forms in nature. While the mathematical approach to sound was by no means excised, it was this respect for the image and the attitude that pictures could give meaningful signs of phenomena that excited the Naturphilosophen.

The natural philosopher, Rosetta stone sleuth, and undulatory optical theorist Thomas Young embraced the pictorial approach to the study of sound. In 1800, Young introduced a new technique for obtaining a visual image of the motion of a vibrating string, while referring to Chladni figures. He also pioneered a means for creating permanent inscriptions of sonic vibrations (1807). In the 19th century, Wilhelm Weber and Guillaume Wertheim, as well as many other investigators, devised related ways to preserve the traces of styluses attached to sounding bodies, such as rods and tuning forks.

The research of Chladni figures in the 1810s–20s by the physiologist Jan Evangelista Purkyně, which he later discussed with Goethe, is also notable. For more, see the article on Purkyně's work. 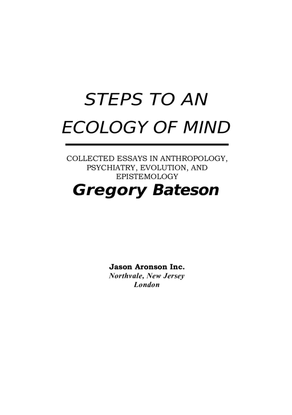 Steps to an Ecology of Mind: Collected …
pdf 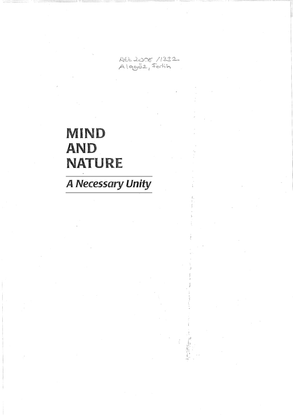 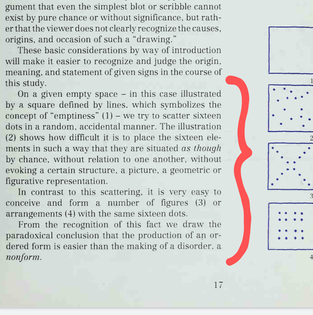 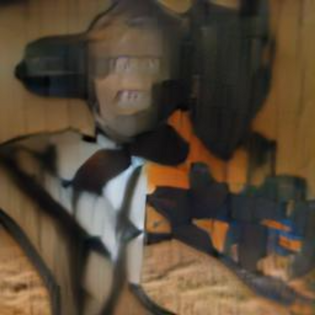 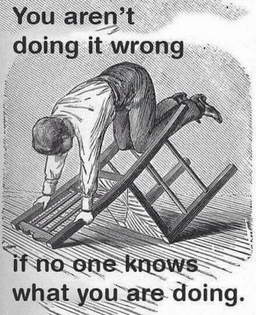 Even before I started doing architecture, I always regarded categorization as an impediment to knowledge. Breaking knowledge down into different disciplines and artistic spheres is useful for the purposes of specialization, but the world is not compartmentalized in such a way. In order to understand society, and even art, one must break the frontier of the discipline, break the scheme of the category. Architecture was a discipline very cloistered in its own logic. I wanted to open it up and confront my projects with these alternative approaches.

Categorization as an impediment to know…

These words have never meant anything certain after all.