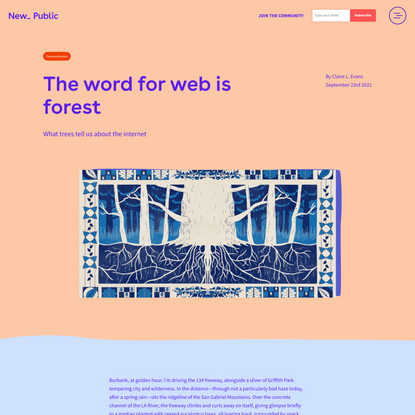 The word for web is forest | New_ Publi… 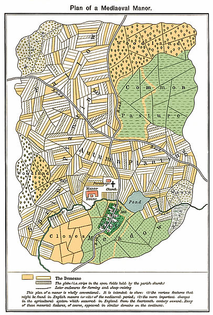 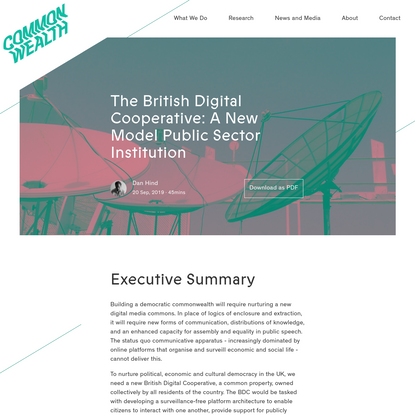 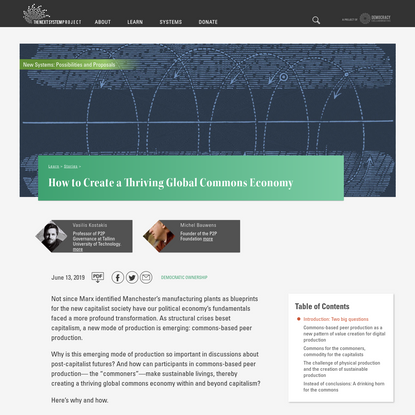 How to Create a Thriving Global Commons…

I discuss firstly Ursula Le Guin’s The Carrier Bag Theory of Fiction (1986), in which she urges that the first piece of technology was not a weapon but a bag for carrying seeds, asserting that the function of technology is not resolution but continuing process. Donna Haraway’s concept of “string figures” builds further on Le Guin by proposing how distributed forms of access to and dissemination of knowledge can give rise to collective agency, while Karen Barad’s diffractive methodology contributes to envisioning the commons as something that necessarily involves a constant transformation of knowledge – regarding both the objects of enquiry and the apparatus (resources, discourses) through which they are viewed. This is relevant for addressing how the commons can produce situated knowledges (Haraway) and understanding how its collective nature only seemingly suggests that it conflicts with the partial positionings of individuals within a collective. 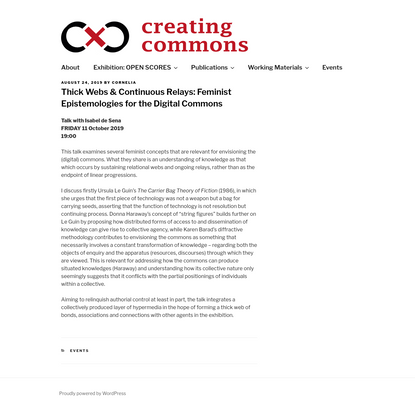 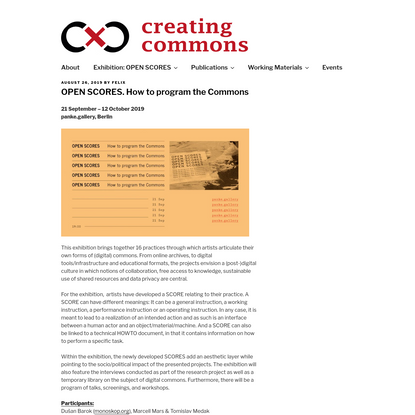 OPEN SCORES. How to program the Commons 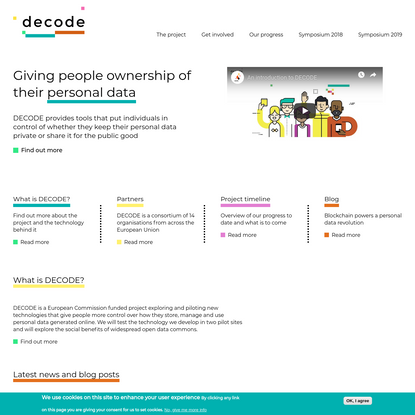 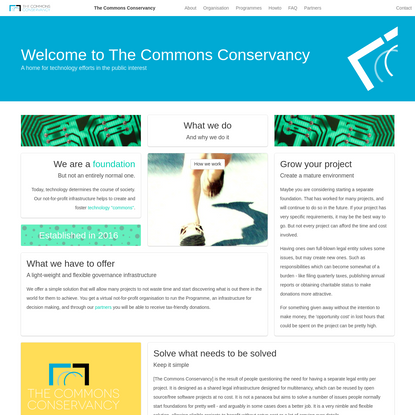