Sign up or Log in
Are.na
gentle gossip
on asserting the self
Info
—
74 Followers
This channel appears in
Positive, thought system, :-), simple ideas I should take seriously, Silence, reads: self/identity, Channels I'm interested in, res:// The Self, cautiously optimistic, ontological security, Channels that I follow, k(now)ledge, thunk, Informative, PDF图书馆, Nurturing Personal Development, Came across, and how to be alive
View
Grid
Table

There was so much overlap that I noticed between love and writing. The people who are able to write well about personal things seem appealing as people. Not because they live pure lives, but because they are able to examine themselves in honest ways. So it has to do with honesty, vulnerability, intelligence.

"We judge ourselves by our intentions and others by their behaviour."

Fours must recognize how they continuously judge, censor, and control themselves in order to approximate their inner picture of how they believe they should be, and further, how they shame themselves for not measuring up to it. They need to see how this nonallowing distances them from their direct experience and thus perpetuates the sense of being disconnected and is therefore how they abandon themselves. They also need to understand how this pattern makes them feel hopeless about themselves, and they need to give up the hope of matching some ideal and accept themselves as they are. It also means getting in touch with the aggression and self-hatred embedded in this resistance to themselves, and really feeling and understanding that they inflict suffering upon themselves in this way.

"A whole being lives in complete harmony with his environment. His moves are economical and always appropriate to his circumstances. He is not emotionally affected by external stimuli, but responds to them exactly as much as is necessary.”

"I would say I need greatly to have heavy objects put on myself, on my head and feet, something like lead chains and boots. That way I would not leave the earth so easily" (219).

"When Gonzalo raves against the vulgarity of the Western world, I understand. When Gonzalo says we are tainted with self-consciousness, unable any longer to dream, or to enjoy beauty, to achieve communion with nature, the collective humanism, I understand" (186).

"There are so many things lying within one, potential, unconscious, that if you are acting a role, and this role corresponds to a dormant self, this self awakens, becomes reality. But if you act a false role, something entirely outside of one's self, you get sick, uneasy. As in the Gilbert and Sullivan musical, the poet who was not a poet, who pretended to be a poet, got a terrible cramp" (172). 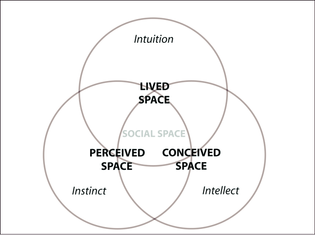 The Cult of Done Manifesto
Bre Pettis and Kio Stark

The Cult of Done Manifesto