Frameworks for writing and thinking

2 Followers
This channel appears in
On Writing
View
Grid
Table 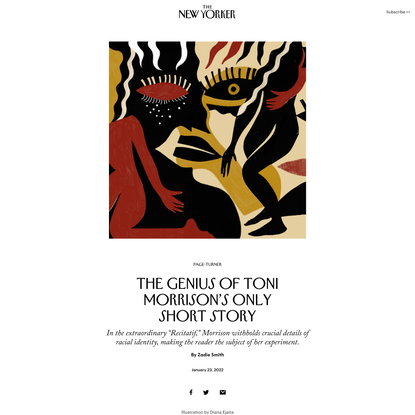 The Genius of Toni Morrison’s Only Shor… 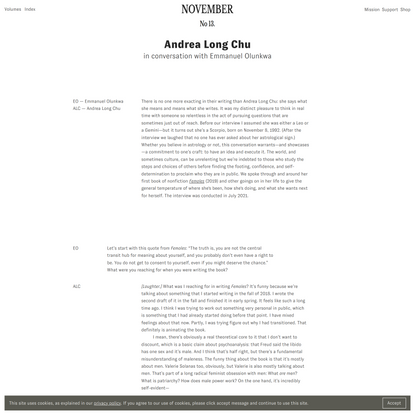 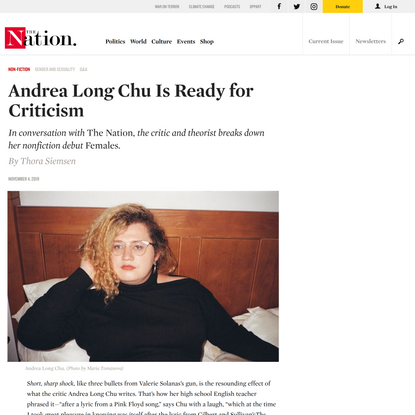 I really believed in my heart that art could actually do something.

Then that belief broke. I was doing all this reading about art, and I suddenly realized I preferred doing the reading to doing the art. Then that became reading philosophy and theory. Over the course of the next several years, I came to the same conclusion about theory, which was that it had the same sort of structural impotence. The thing about theater is that when you keep pushing it further and further, eventually what you get is everyday life. At the most extreme edges of performance art, you’re just going through your life, and that is the art. Theory, I think, ends up at the same place. The point at which theory becomes capable of accomplishing something is the point at which it has abolished itself.

But what I like even better are arguments that bring about a shift in terms along an axis that wasn’t previously evident. So it’s not just that other people are wrong; it’s that their wrongness exists within a system of evaluation which itself is irrelevant. Telling other people their views are irrelevant is far more satisfying than telling them that their views are wrong. In order to tell someone that they’re wrong, you implicitly agree with them about the terms on which you think they’re wrong. “It’s very tempting to use literature to confirm a hypothesis you already have about the world. For better and for worse, though, fictional texts don’t always give us good information about reality,” she explained:

“Another danger can be to lean too hard on canonical literature that tells an “official” story about what life or people or relationships were like in such-and-such a time. If you ask a classicist, they’ll tell you that Plato—a member of an elite, all-male, free, and politically enfranchised class—is not your best informant for how the vast majority of ancient Athenians were living their lives, having sex, or negotiating intimacy.”

Perhaps understandably for a scholar with an interest in utopia, if less expectedly for a scholar of criticism, Nersessian believes in the importance of pressing forward with new visions rather than just critiquing existing ideas and systems. “I think lots of people believe the world right now is pretty bad—politically, ecologically—and that capitalism is responsible for a very large part of the situation. But being against capitalism doesn’t entail being for anything else,” she said:

“It’s all very well to say “capitalism turns us into commodities, that’s degrading, human beings shouldn’t be degraded.” But how should we be treated, and how should we live? What would love and sex—among other things, like health care or having a job—look like in a good world? It’s important to take the risk of answering those questions, even if the answers are messy and provisional.” 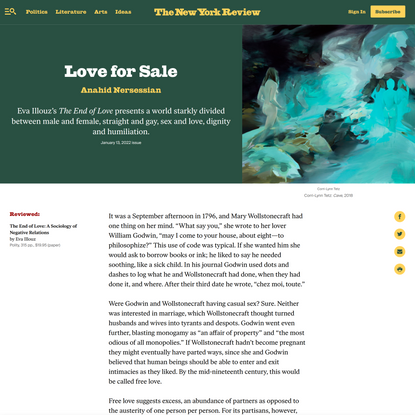 That’s what criticism should do, right? The critic doesn’t win. The critic can’t win or lose, really. But you can point out both sides and try to identify the context that produced this. I’ve never been super vain about my own takes, about whether people like what I like. I think I actually like very “basic” things. Whatever I contribute is more like storytelling—the story that this basic thing helps us tell.
As I grew up reading magazines, there weren’t that many Asian American people writing as critics, so I gravitated toward writers who spoke from this kind of marginal position but did it in very inventive ways. That’s always mediated my relationship to authority. Even though I can teach and I can write and I can project authority, I’m always very wary of notions of expertise or authority on the page. It’s like I’m pretending.
When I write, I try to begin from a place of authority and then I try to lose it over time. I want to transfer it to the reader. I want the reader to be able to see past what I’m saying or to take things that I’m saying and go in a different direction. I don’t want them to lose faith in me so much as I want them to discover some of their own.

Conflict is fascinating because it establishes a problem and a space that other people can enter. Conflict actually produces something that can gather people together. That can also be an important function of the critic, to give definition to conflicts that deserve to be wrestled out in public.