Sign up or Log in
Are.na
Haley 🌊
🏔 David Lynch being David Lynch 🏔
Info
—
This channel appears in
📽 to me, that's cinema.
View
Grid
Table 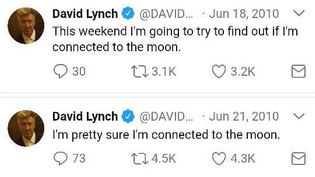 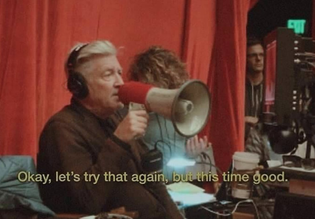 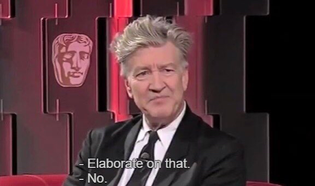 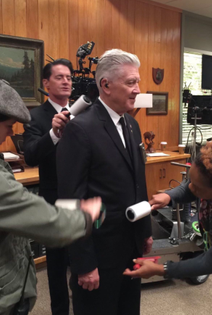 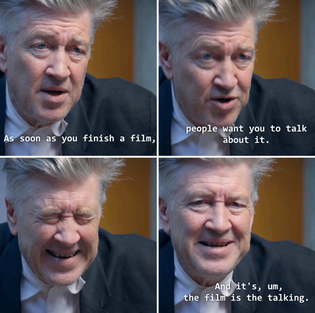 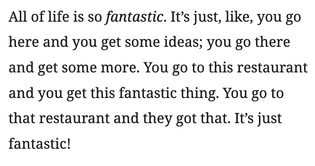 When I was making Eraserhead, which took five years to complete, I thought I was dead. I thought the world would be so different before it was over. I told myself, Here I am, locked in this thing. I can't finish it. The world is leaving me behind. I had stopped listening to music, and I never watched TV anyway. I didn't want to hear stories about what was going on, because hearing things felt like dying.
At one time, I actually thought of building a small figure of the character Henry, maybe eight inches tall, and constructing a small set out of cardboard, and just stop-motioning him through and finishing it. That was the only way I could figure doing it, because I didn't have any money.
Then, one night, my younger brother and my father sat me down in a kind of dark living room. My brother is very responsible, as is my father. They had a little chat with me. It almost broke my heart, because they said I should get a job and forget Eraserhead. I had a little girl, and I should be responsible and get a job.
Well, I did get a job: I delivered the Wall Street Journal, and I made fifty dollars a week. I could save up enough to shoot a scene and I eventually finished the whole thing. And I started meditating. Jack Nance, the actor who played Henry, waited three years for me, holding his thought of Henry, keeping it alive. There's a scene in which Jack's character is on one side of the door, and it wasn't until a year and a half later that we filmed him coming through the other side of the door. I wondered, how could this happen? How could it hang together for so long? But Jack waited and held the character.
There's an expression: "Keep your eye on the doughnut, not on the hole". If you keep your eye on the doughnut and do your work, that's all you can control. You can't control any of what's out there, outside yourself. But you can get inside and do the best you can do. 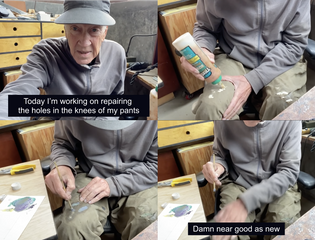 I call that depression and anger the Suffocating Rubber Clown Suit of Negativity. It's suffocating, and that rubber stinks. But once you start meditating and diving within, the clown suit starts to dissolve. You finally realize how putrid was the stink when it starts to go. Then, when it dissolves, you have freedom.