Someone with a low degree of epistemic arrogance is not too visible, like a shy person at a cocktail party. We are not predisposed to respect humble people, those who try to suspend judgement. Now contemplate epistemic humility. Think of someone heavily introspective, tortured by the awareness of his own ignorance. he lacks the courage of the idiot, yet has the rare guts to say “I don’t know.” He does not mind looking like a fool or, worse, an ignoramus. He hesitates, he will not commit, and he agonizes over the consequences of being wrong. He introspection, introspects, and introspects until he reaches physical and nervous exhaustion.

This does not necessarily mean that he lacks confidence, only that he holds his own knowledge to be suspect. I will call such a person an epistemocrat; the province where the laws are structured with this kind of human fallibility in mind I will call an epistemocracy.

The major modern epistemocrat is Montaigne.

At the age of thirty-eight, Michel Eyquem de Montaigne retired to his estate, in the countryside of southwestern France. Montaigne, which means mountain in Old French, was the name of the estate. The area is known today for the Bordeaux wines, but in Montaigne’s time not many people invested their mental energy and sophistication in wine. Montaigne had stoic tendencies and would not have been strongly drawn to such pursuits anyway. His idea was to write a modest collection of “attempts,” that is, essays. The very word essay conveys the tentative, the speculative, and the non definitive. Montaigne was well grounded in the classics and wanted to meditate on life, death, education, knowledge, and some not uninteresting biological aspects of human nature (he wondered, for example, whether cripples had more vigorous libidos owing to the richer circulation of blood in their sexual organs).

The tower that became his study was inscribed with Greek and Latin sayings, almost all referring to the vulnerability of human knowledge. Its windows offered a wide vista of the surrounding hills.

Montaigne’s subject, officially, was himself, but this was mostly as a means to facilitate the discussion; he was not like those corporate executives who write biographies to make a boastful display of their honors and accomplishments. He was mainly interested in discovering things about himself, making us discover things about himself, and presenting matters that could be generalized—generalized to the entire human race. Among the inscriptions in his study was a remark by the Latin poet Terence: Homo sum, humani a me nil alienum puto—I am a man, and nothing human is foreign to me.

Montaigne is quite refreshing to read after the strains of a modern education since he fully accepted human weaknesses and understood that no philosophy could be effective unless it took into account our deeply ingrained imperfections, the limitations of our rationality, the flaws that make us human. It is not that he was ahead of his time; it would be better said that later scholars (advocating rationality) were backward.

He was a thinking, ruminating fellow, and his ideas did not spring up in his tranquil study, but while on horseback. He went on long rides and came back with ideas. Montaigne was neither one of the academics of the Sorbonne nor a professional man of letters, and he was not these things on two planes. First, he was a doer; he had been a magistrate, a businessman, and the mayor of Bordeaux before he retired to mull over his life and, mostly, his own knowledge. Second, he was an antidogmatist: he was a skeptic with charm, a fallible, noncommittal, personal, introspective writer, and, primarily, someone who, in the great classical tradition, wanted to be a man. Had he been in a different period, he would have been an empirical skeptic—he had skeptical tendencies of the Pyrrhonian variety, the anti dogmatic kind like Sextus Empiricus, particularly in his awareness of the need to suspend judgement. 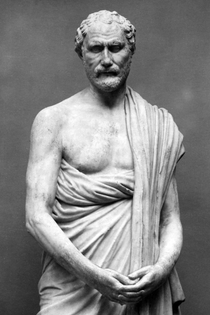