She Made Up Russian History for a Decad… 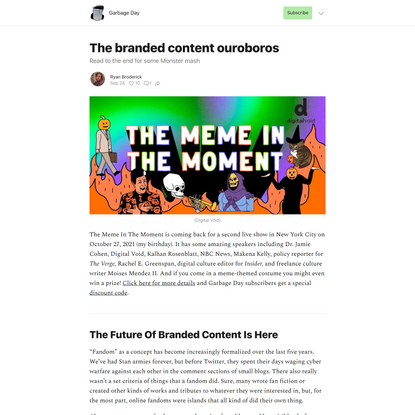 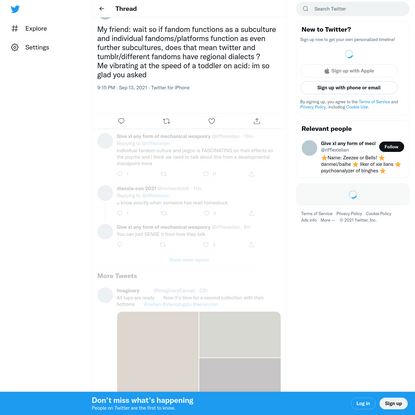 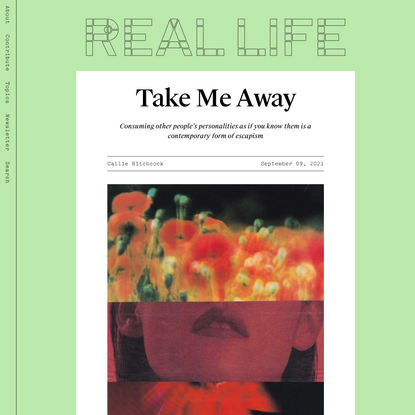 Take Me Away — Real Life 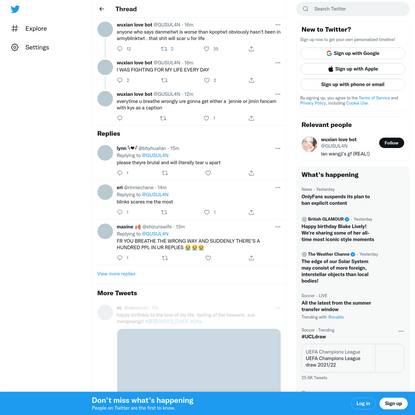 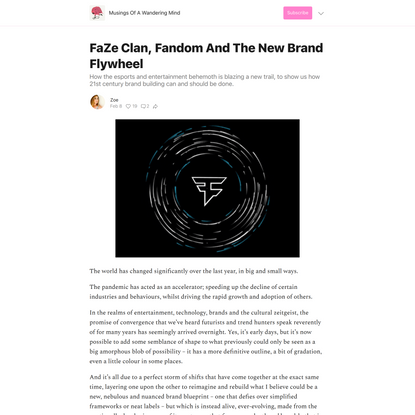 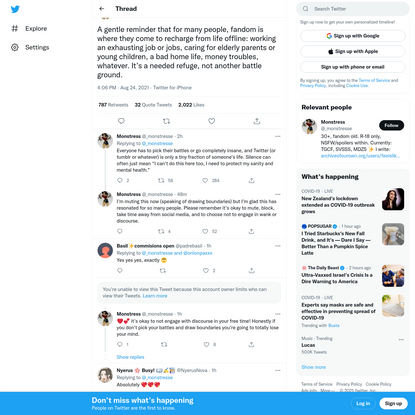 Over the last decade, franchise entertainment has both become a billion-dollar industry as well as a vast and completely out-of-control internet unto itself. These massive digital fandom communities, based around things like Star Wars, Star Trek, Marvel movies, and various cartoons and comics, are largely only moderated by volunteers. Most of these properties have social media channels, of course, but those channels are pretty much only used to promote content and sometimes share memes.

These largely unofficial fandom spaces, after a franchise ends, or after the hype cycle of the newest iteration of whatever thing it is they’re talking about is over, tend to go into weird circular posting patterns. If you want to see how this works, head over to the subreddit for the Amazon show Invincible. Fans there basically spend all day talking about why they hate the character Amber.

(r/Invincible)
On bigger subreddits, like the ones for the Marvel universe, fans, when they run out of content, start to make their own, but, unlike the more female or queer-dominated spaces on platforms like Tumblr or Archive Of Out Own, redditors don’t just make their own stories with fan fiction. Instead, due to either entitlement or just lack of imagination, they spend their time speculating about future releases or begin to “fix” past movies. The downright violent and toxic Star Wars subreddits are a good example of this if you want to see what happens when a community of mostly men can’t just, you know, write a fanfic and move on. (btw I’m not saying that Tumblr or AO3 can’t be toxic. They can. It’s just different.)

One of the branches of this — the speculating about future movies — has spawned an entire content economy around film franchise leaks. Leakers have become pseudo-celebrities and make thousands of dollars off Patreon subscriptions, which give ravenous fans their leaked content even earlier. These fans hang out on places like Discord and Reddit and treat leakers like players in a video game, keeping score of what they do and do not predict correctly.

Rumors have been circulating on Reddit about the plot of the third MCU Spider-Man movie pretty much since the end of the last one. Fans quickly glommed on to the idea that the third Spider-Man movie would be a live-action Spider-Verse movie, bringing back actors Tobey Maguire and Andrew Garfield who previously played Spider-Man. The hype for this still, largely hypothetical movie, has become downright feverish and the fact that the movie comes out in December, still without any kind of trailer, has made Marvel fandom spaces honestly unbearable. And this sort of out of control fan energy led to the leak yesterday.

For the most part, due to both luck and the close handling of the MCU by mega-producer Kevin Feige, the Marvel universe has yet to devolve into the weird situation that the Star Wars fandom is in right now, where it’s literally being held hostage by viciously angry fans. But, perhaps due to the amount of red tape required to release a Spider-Man MCU movie, which requires Sony to play ball, as well, Marvel fans are getting antsy and viral momentum is picking up. If Spider-Man: No Way Home turns out to not be a multiverse movie, at this point, fans will riot. But if it is a multiverse movie, fans and their professional leakers will suddenly be a lot more emboldened. There are now even conspiracy theories about the timing of the leak. It’s a mess!

I’m not saying that having an official Marvel subreddit run by Marvel reps or something would fix this. The company has official YouTube channels, which did little to curb the “Mephisto is coming” WandaVision YouTubers, but I do think many studios still view their audiences as, well, audiences. Which, thanks to forays into both cinematic universes and streaming releases, is no longer accurate.

Movies, trailers, post credit scenes — it’s all just content for internet communities now. It’s, perhaps, the monkey’s paw curse of recycling intellectual property. Sure, you don’t have to write brand new stories from scratch, but the minute you add a sequel, a prequel, or a reboot, you’ve suddenly given life to an online subculture that will spin out of control if you don’t constantly feed it content.