“The purpose of poetry is to return that which is familiar to its original strangeness.” 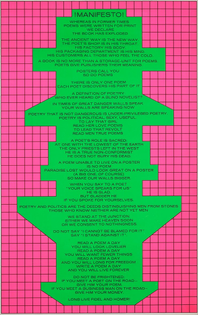 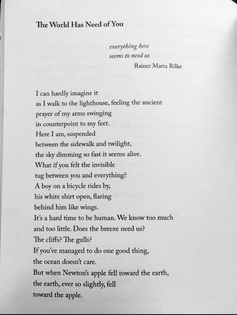 The World Has Need Of You, Ellen Bass 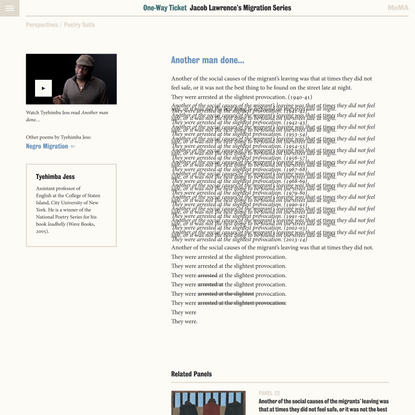 Another man done… by Tyehimba Jess 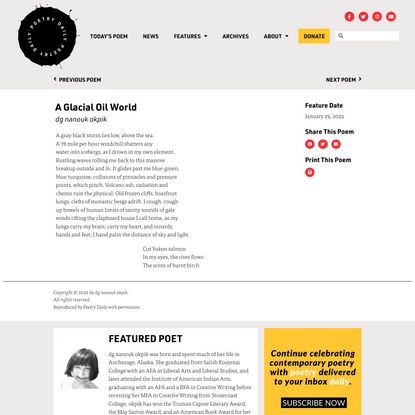 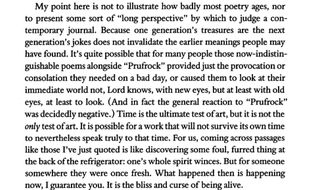 Keep it simple / reduce friction. Value the individual document, but also the way the individual document dynamically connects to others (metadata). Support easy resequencing (for managing collections, set lists, submission packs) etc. Portable, non-proprietary, application agnostic and robust metadata (tags and keywords in the body of the document). Low level tech vs high level of control so it's easy to fix something when it goes wrong. A system that supports workflows that match the way you think, rather than forcing you into an unintuitive way of working. Respect the throughline from first thought, through first draft and successive edits, to publication and/or performance. ...

First thoughts (draft manifesto?) for a…

"This is the part of the job that doesn't get talked about a lot, not least because it's hard to talk about, but also because it doesn't involve Productivity and Goals and The Magic Of Writering and The Grand Statement and all that good stuff in interviews. Sure, we all talk about the important Staring At The Wall And Farting Around time, but it's also about sifting through the shitpile at the back of your head and deciding if you actually have anything to say. Any idiot can recycle the monomyth and plug in a setting and a handful of blank characters, but that's not the same as having something to say: about the world, life, a thing, even yourself. I have a whole folder of loose ideas that dried up and got thrown in the folder because they and I turned out to have nothing to say about anything - they were just collections of cogs and levers. And by that, I mean probably eight to ten dead ideas, written up and filed, for every one that gets published.

It's a moronic way to work. Some of my books only speak to me, I'm sure. It's just the only way to work that I know."

“What makes us feel liberated is not total freedom, but rather living in a set of limitations that we have created and prescribed for ourselves,”

Andrea Zittel, These are Things I Know
1

I’m not really interested in clothes, for me personally I mean. I never buy them. You know, the interior designer Jean-Michel Frank had forty identical grey flannel suits in his closet: I always thought that was the height of modesty and extravagance at the same time. I love that. I don’t remember when I decided to start wearing this uniform but I’ve been doing it for a long time. In the '90s I wore tight black jeans, black platforms, a black T-shirt and a leather jacket. That was my uniform then. After that I wore army surplus shorts over sweatpants with a t-shirt and a leather coat for a long time, probably until I came to Paris. In Paris I replaced the leather coat with a sable-lined one, but I still wore army surplus pants. Eventually that morphed into what I wear today. I have a set look for a couple of years and then I make a change. When I see people changing styles all the time, it makes me wonder: don’t you know who you are? I don’t mean to be critical, but I question their sincerity. 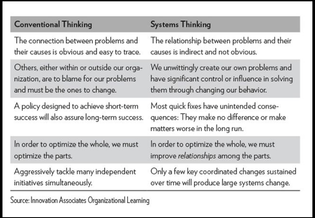 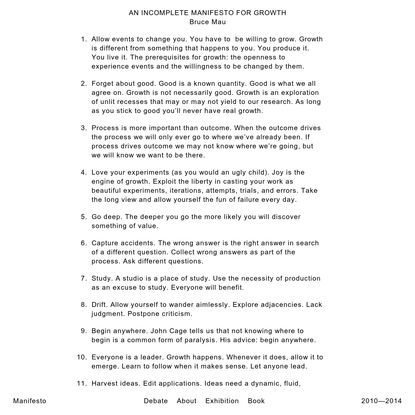