Sign up or Log in
Are.na
Jakub Polach
📖 CAPS LOCK: How Capitalism Took Hold of Graphic Design, and How to Escape from It, RUBEN Pater (2021)
Info
—
15 Followers
This channel appears in
bandaid, How to Be an Anti-Capitalist Graphic Designer in the 21st Century, Trucs de KCLO, texts, THOUGHTS, Self-hack , BOOKS (2021), AGDX FW21 (welcome texts), Design Capital Reader, 🦎 walls of text, and Book_Research

In 2004 the city [of Amsterdam] decided they needed to attract a different kind of tourist. Less young scruffy types looking for weed, and more older tourists, families and organized tours with deeper pockets looking for culture and history.

Advertising agency Kessels Kramer came up with the Amsterdam' motto and logo to rebrand the city. A massive marketing offensive put 'I Amsterdam' logos on all communication in the city, websites, and campaigns, and placed a 23.5 metre wide 'I Amsterdam' logo in the museum district. By 2017 the number of tourists had doubled to eight million. The campaign brought in a lot of money, but not everyone profited.

Housing has always been scarce in the Netherlands, a country with one of the highest population densities in the world. The city of Amsterdam welcomed online platform Airbnb, which put pressure on the already tight housing market. The city of Amsterdam also actively promoted real estate to foreign investors. The I Amsterdam website boasts about 'Amsterdam's Unique Assets in High Demand' and 'Investors who have been sleeping for some years now, are waking up to the opportunities'. 42 The twelve percent growth on real estate revenue has made investment so lucrative that one in four houses is bought in cash by investors, and many of these apartments are immediately put on the high end rental market.

After the 2008 crisis, austerity measures had impacted the lower incomes more than average. Despite being one of the richest countries in the world, the number of homeless people in the city doubled in ten years. In 2016, one family was evicted from social housing on average every day, while in the same year 25,721 rooms were offered on Airbnb. Home owners are benefiting from exorbitantly growing prices, while renters are faced with skyrocketing rents and stagnant wages. This has led to the 'rise of the real estate class' of families who own real estate and pass it down along family lines. Those who do not own real estate, will sooner or later have to leave the city because of its high rents. In the 2018 municipal elections housing was one of the main topics. Myself and three other graphic designers created a series of posters to reclaim the city for all its inhabitants. Posted on a website, these could be downloaded for free and put up in front windows to show solidarity among residents in neighbourhoods. One group had downloaded the posters and pasted them all over the city.44 Our campaign was not aimed at blaming Nutella stores or Airbnb for the city becoming unaffordable, as they are merely symbols of how the city council has allowed profitability to reign over liveability. City governments-like national governments-are representatives of the city's population, elected to decide what policies are in the best interest of all citizens. We have grown so accustomed to property ownership given priority over the right to housing, that a city like Amsterdam has a growing homeless population, while nine percent of the real estate stands vacant as investment, and 21,000 apartments are rented out via Airbnb. Amsterdam apartments rented to tourists were the most expensive in Europe in 2019.

If cities are popular places to live, this will ultimately lead to rising real estate prices no matter what policies are in place. The point here is not that a city should close itself to tourism, or only cater to lower-income residents. But when public buildings and social housing are actively being sold off to become hotels or expensive apartments-as the city of Amsterdam has done- and subsequent rising real estate prices make the city unaffordable for everyone but the wealthiest, then the city is literally selling itself.

Perhaps the best-known city brand is 'I Love New York'. The short famous logo was designed by Milton Glaser in 1977 for ad agency Wells Rich Greene. At the time, Glaser thought it was campaign and it wouldn't do much, and he didn't even receive any payment for his logo. As a native New Yorker, he saw the logo as his contribution to making the city a cleaner and safer place. In an interview from 2003, Glaser recalls the city at the time: 'You were just walking through all this dog shit day after day, in this filthy city, garbage, and so on.'

By the end of World War II New York was a manufacturing city. In the decades that followed, jobs started disappearing when the garment industry began outsourcing to low-wage countries. Wealthy New Yorkers moved to the suburbs, and the mechanization of the cotton industry brought unemployed workers to the city. With the rich leaving the city, tax revenues plummeted, and the city was struggling to make ends meet. New York saw crime figures rising and the subway was notoriously unsafe. At least, that is the narrative of the wealthy upper class, because although the city was struggling financially, it became the birthplace of an abundance of art and music movements. Hip Hop, Punk, Salsa Brava, and No Wave all started around this time, and New York was home to the most vibrant and diverse art and music scenes in the world up to the late 1980s.

Music and art didn't bring in enough taxes, however, and New York City almost went bankrupt in 1975. President Ford refused a federal bailout, which left the city with no other option than to ask the banks for help. The banks did not bend over so easily, and demanded that the city would impose austerity measures, meaning cut spending on public transport, healthcare, free university edu cation, and social housing. The new policies were clearly aimed to stop people of colour from coming to New York. Housing administrator Roger Starr said 'Stop the Puerto Ricans and the rural blacks from living in the city... reverse the role of the city... it can no longer be the place of opportunity.' At the request of the banks, welfare programmes were cut, wages were frozen, and the free CUNY university introduced tuition fees. 47,412 city employees were laid off, among whom 19,000 teachers, 2,000 street sweepers and 20 percent of the police force. Spending on public transport and hospitals was reduced. Instead, the city started handing out tax cuts for business es to attract investment. $100 million in property tax breaks were given in 1980-81 to companies such as Philip Morris, AT&T, Chase Manhattan, and Lehman Brothers. By 1978, corporations paid only half of the tax rate compared to rates at the end of World War II.

What about the logo? On top of austerity measures and tax breaks, bankers insisted changing the image of the city. Instead of attracting struggling artists, the city needed to attract wealthy tourists to visit its theatres and museums to bring in money. The campaign with Milton Glaser's famous logo included commercials with Broadway actors, singers, and dancers performing the I Love New York theme song. It was a success. Hotel occupancy went up 20 percent, and more than 90,000 requests from the tourism branch came after the commercials aired.

But successful for whom? The city's new image made New Yorkers proud of their city, but it also came at a tremendous cost. Government workers that were laid off were predominantly black and Puerto Rican. Healthcare and university education was no longer free, public transport deteriorated (most of the wealthy New Yorkers did not use the subway) and the layoffs in the police force led to rising crime rates until 1990. Social geographer David Harvey writes that the power of the New York working class was undone in a few years.

Branding cities went hand in hand with gentrification, which is the process of the influx of wealthier people in poorer neighbour hoods, leading to the displacement of lower-income residents. The bible of city branding is The Rise of the Creative Class by Richard Florida, in which he proposed that cities should focus on attracting creatives. In his view, creative people attract businesses, which in turn leads to economic growth. His work was the foundation for policies of gentrification and city branding since the 2000s. 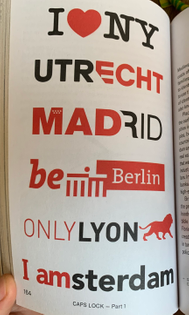 Designer and cultural historian Maggie Gram gives examples of how design thinking is applied to 'social issues'. She recounts how IDEO was hired to improve the community of Gainsville in the US, a community where 57 percent of resident 'struggle to meet basic needs'. The town's mayor was convinced this was due to a lack of competitiveness and he hired IDEO. After eight weeks of research and hundreds of interviews, IDEO concluded that Gainsville needed to be more 'design minded'. A new logo and a tagline of refugees was developed, and workshops on design thinking were given to the video, which people on the city commission. The new design mentality led to the firing of long-time public administrators while young people announced wit from outside of the community were hired. Gram notes that IDEO'starian side of the intervention did nothing about affordable housing, food prices, or lacks in education in this community, because these are caused owing the anno by 'poverty, income disparity, structural racism, environmental injustice, unregulated market capitalism', as Gram writes, and not a lack in competitiveness.

Video screens placed in the city of Amsterdam are using built-in cameras to record how long and where people look at which advertisements to optimize the advertisement design and display time. 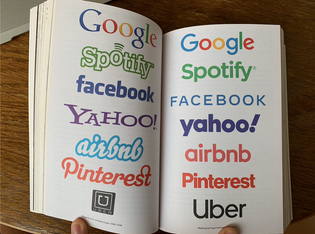 There are no statistics about unpaid internships, but Brave New Alps conducted a survey among designers in Italy in 2013 which found that 55.6 percent of internships were unpaid, and 40.6 percent of graphic design interns could not survive without receiving help from parents or friends to cover their living costs. In attempts to shame and blame those who still offer unpaid internships, a number of surveys have been held that collect data from interns themselves.

As designers we find ourselves creating endless promotional images for products we don't need, working all-nighters for low wages, while dreaming of becoming star designers. But we are not famous, and we are not only individuals. There are millions of designers all over the world. For centuries our creativity has greased the chain of promotion and consumption, contributing to the wealth of stockholders, a polluted environment, and feelings of depression and anxiety. While freshly discarded flyers and letter heads decorate landfills, we cheerfully present another unnecessary corporate identity for another business, knowing very well it will be rebranded, or merge and disappear within a few years.

The daily work of running the co-op and making decisions are based on sociocracy, a form of governance based on consent rather than consensus. This is how it works: any member can propose something to the rest of the group, but instead of voting or reaching consensus, other members can decide to either give their consent or block the proposal. The criteria for consenting to a proposal is that it's 'good enough for now and safe enough to try'. The model of consent is based on mutual trust rather than consensus, and the co-op found it to be more practical in day-to-day decision-making.