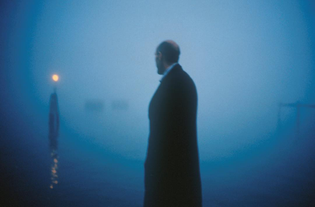 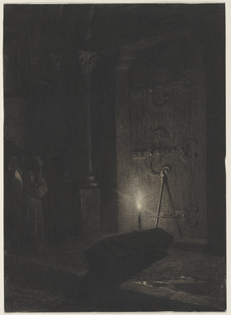 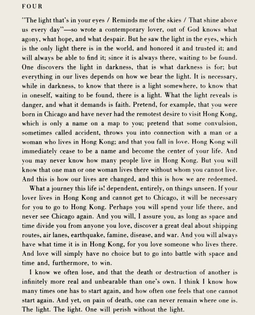 Nothing Personal by James Baldwin

moonlight in the kitchen is a sign of G…

As I wrote a few weeks ago, I was recently hired on a monthly retainer to do some intellectual consulting. Basically, a very smart person just needed to some help getting a project off the ground — what they needed was a combination of substantive feedback, informal support, tactical guidance, and tips and tricks on the social and technological practicalities of undertaking long-term intellectual projects in today’s day and age. I’ve also been doing some advising and mentoring for a few different people by the hour, since I've opened up my calendar to anyone who wants to hire my time. I wrote a few weeks ago that I would condense some of my recurring insights/suggestions for posting here.

When people say they’re not making progress, or they’re losing motivation, these “symptoms” often point to a common problem. It’s also a common problem one observes in undergraduate and graduate students alike. The problem is that the goal/purpose or research question is too broad or ambitious. In fact, this is possibly the single most common problem people run into when trying to setup a research agenda of any kind.

So here is some advice I recently gave to a client, on this problem. Below is a lightly edited transcript of the audio from the relevant part of our conversation. I’m posting it here on the expectation that at least a few others might find it useful.

Your aspirations are probably too large for whatever you are trying to do. It's great to have huge aspirations for the long-run, but it's terrible to have huge aspirations for particular projects. I think this might explain a few different features of your current blockages because on the one hand, one problem with having a goal that's too big and too far out... well, there are a bunch of problems with that. One is everything you do is going to feel painfully inadequate. That's one major problem because the goal is so big and far off that you're not actually going to get satisfaction from any of the little problems you may actually be able to solve in your lifetime. So that's one major problem. And then, because you're not getting satisfaction from what you can solve, you don't even feel like working on what you can solve because the motivational equation isn't there because it doesn't satisfy you because the way you're thinking about your goal.

That's one thing I think. So the first thing I said is the motivational problem (that you're not satisfied by any particular problem you solve) but then there's also the substantive problem that you're actually not able to make heads or tails of very much because you're throwing your net too wide in other words.

So you're like, “I want [insert crazy big goal, i.e. to solve nuclear fusion] right now,” so I better get ready to advance eight different fields at once and you actually might not be making progress — not only for the motivational problem, but also maybe because the knowledge or the insight just isn't there yet. And you're not going to be able to fast forward through force of will, you know, no matter how intelligent or willful you are. You're not going to be able to force multiple fields to advance at a rate that they're just not able to advance, and so you're going to be trying to connect all these dots but you run the risk of not actually connecting any dots because you're just trying to connect them too widely.

It seems like this might be happening to you and if you're getting demoralized about it, I think that's about as much proof as you need, to think that something like this is going wrong. Something about the basic coordinates of how you were conceiving the larger puzzle and your particular goal in it all.

My sense is that something about your basic view of the problem and your potential contribution needs to be recalibrated in a way that is more practical, more possible, so that it fills you with a sense of concrete, achievable possibility. You want to feel on a daily basis, or maybe not daily basis, but at least weekly basis, you want to feel like you're making tangible progress. It should feel exciting… It should be hard work and there should be days of struggle with no progress, that's fine. But maybe only days of that. Maybe if you're unlucky, a week or two of getting absolutely nowhere and just scratching your head. But on most weeks, and even most days, you want to feel like at the very least you are advancing one tiny step by tiny step, in a way that you can feel and that should feel gratifying and motivating. If you’re not, just reframe the problem more modestly, break off increasingly small ways of chipping away at your grand vision.

You might feel like smaller questions or goals are lame, but first of all they’re not, and second of all the lamest thing ever is doing nothing, which is what you’re currently doing (because your goals are too big.) Humility and modesty are virtues; practice them until you’re on a track of daily work that at least makes sense to you. If you can achieve that by being more humble, then you’ll be proud of your incremental progress and then — ironically — you’ll feel more in touch with your big aspirations than you do now.

So to summarize, I would say tinker with your perception of the problem and your goal and tinker with how you see yourself fitting into it and keep tinkering with it until you get to a certain level of abstraction in which you feel like you're making constant progress, even if it's minuscule and struggling progress. Keep recalibrating until you get that feeling, because without that feeling you're probably never going to get anywhere. As long as you keep recalibrating, there is nothing that can stop you from eventually iterating onto a framing of the problem that suits you — a framing that interests you personally and of which you capable. There certainly exists some such framing for anyone genuinely dedicated to working on some big topic, so the only thing that could prevent you from completing a meaningful project is if you fixated on one particular framing that overwhelms you. Humility has always been a secret weapon of the great.

If there's anything I can help you with, feel free to contact me. Perhaps I can tell you something useful in a post like this one, or a video like this. If you're working on your own project and would like direct support from me and others, you might consider joining my monthly seminar — it's exactly what you get from a graduate-school seminar, except that you can afford it, and you don't get a degree!

Not making progress or losing motivatio…

Tsundoku (Japanese: 積ん読) is acquiring reading materials but letting them pile up in one's home without reading them.

the good society is the one that knows it is not good enough.

Being tentative enough not to provoke, but insistent enough to show you care (when harder times come)

Adding their Weather to your app when you're in different places