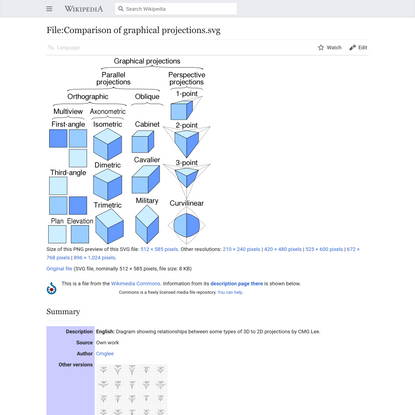 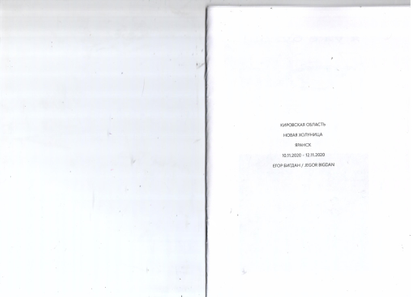 A relevant figure in the Rationalist movement, Italian-Swiss architect Alberto Sartoris (1901-1998) represented most of his projects in black and white or colorful axonometric projections. This choice of a precise representation technique is connected to his will to emphasize a rigorous geometrical control in the construction of a project. At the same time, axonometric projections avoid positioning the viewer in a specific position in space which would determine a privileged point of view.

The axonometric projection becomes a tool to aim for a scientific objectivity where each plane and space has equal value in the composition. No materials are represented, only light lines intersecting to form planes and volumes, no ornamentations, no shadows, no people and no context, only the project in its pure architectural values. In the heroic period of the modern movement, – Sartoris was present at the first CIAM in La Sarraz in 1928 -, architecture is looking for a new image to express its new values and the way projects are represented is as important as the way they are built, in order to create a manifesto for a radical renewal of the discipline. 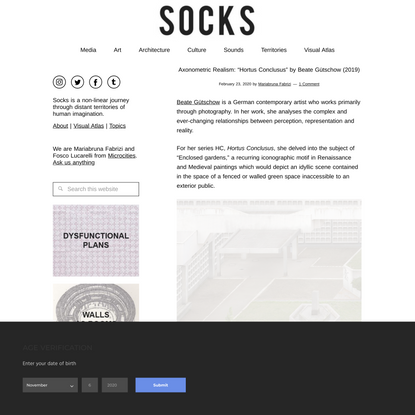 "Why do people move to suburbia? To have kids! So no wonder it seemed boring and sterile. The whole place was a giant nursery, an artificial town created explicitly for the purpose of breeding children.

Where I grew up, it felt as if there was nowhere to go, and nothing to do. This was no accident. Suburbs are deliberately designed to exclude the outside world,. because it contains things that could endanger children.

And as for the schools, they were just holding pens within this fake world. Officially the purpose of schools is to teach kids. In fact their primary purpose is to keep kids locked up in one place for a big chunk of the day so adults can get things done. And I have no problem with this: in a specialized industrial society, it would be a disaster to have kids running around loose.

What bothers me is not that the kids are kept in prisons, but that (a) they aren't told about it, and (b) the prisons are run mostly by the inmates. Kids are sent off to spend six years memorizing meaningless facts in a world ruled by a caste of giants who run after an oblong brown ball, as if this were the most natural thing in the world. And if they balk at this surreal cocktail, they're called misfits." 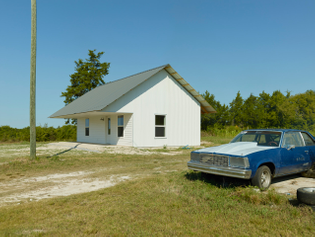 In visual art, horror vacui (/ˈhɒrər ˈvɑːkjuːaɪ/; from Latin “fear of empty space”), also kenophobia, from Greek “fear of the empty”),[1] is the filling of the entire surface of a space or an artwork with detail.