conditions of love: the philosophy of i… 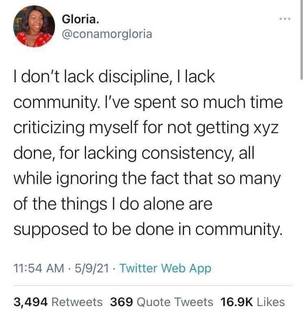 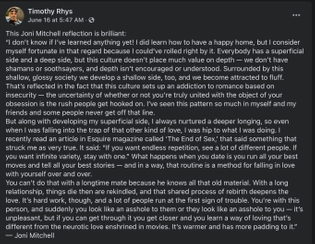 grateful even for doubt because it makes a resolution possible

Have you ever tried to look at yourself in the mirror as not beautiful, ugly, adult, child, feminine, or masculine but simply as a human? I think I’ve done this successfully only once and I imagine it’s the closest thing to gender euphoria that I can feel as a cisgender person. It’s understandable to instantly begin to evaluate, to zone in on things you feel are inadequate or could be better, and it’s not even that I didn’t notice my face or body but for a moment I perceived them through a lens of being enough simply by existing, and having dignity in full capacity.

This was maybe three, four years ago and I know for sure I did this right after seeing a video about girls who skate. I keep trying to find it on i-D but my memory of the video is so blurry I don’t think I could recognize the video even if I saw it. From that glimpse into the skating community it seemed like nothing really mattered to them besides skating and building each other up, and that felt really radical.

It helps to mentally place yourself in a context that isn’t desire-driven, that isn't fixated on the appearance of the shell of our being. (I remember what I’ve learned about the indigenous peoples who lived on this land before us—they understood that we are one with the earth). A context where your body is an inherently joyous thing that is most valued when you are happy and at peace, where value is placed on your capacity for wonder and inquiry, for love and problem-solving. Where an insistence upon your dignity is unnecessary.

Instead of trying to search for your dignity and worth, recognize that that dignity already exists, and it is the internal lenses of unworthiness you must work to dismantle and let go of in order to reach it.

thoughts on the body 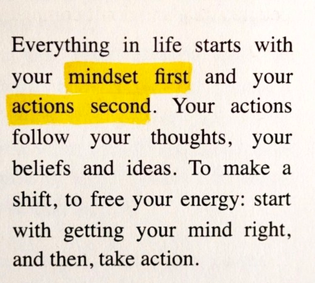 "Without community there is no liberation, only the most vulnerable and temporary armistice between an individual and her oppression."