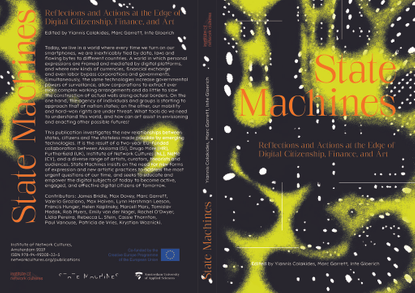 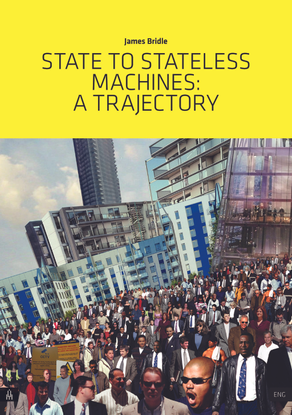 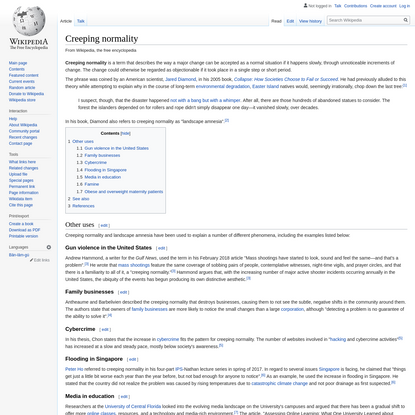 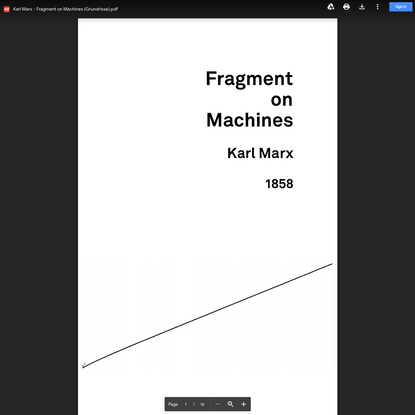 In this I write that effects such as these are exemplary of “ the death of the user ”because it puts at stake not how a human might react ethically or unethically toward a situation from her central position in local or smaller systems, but the way in which the ubiquitous, pervasive systems comprise an ecology where parts of the natural system relate and co-govern directly with other parts at a distance without requiring the agency of the human to intervene or mediate. The techno-ecology works without users. We are designing our own abdication.

What responsibilities the entity has to the profile, the profile has to the entity, and how the User position can or should mediate them are thankfully still open questions. Constitutional resolutions on privacy and permission seem feeble, both intellectually and strategically, without better options for what preferred policy actually might be. Do they hint of a bioethics in which a User / person/profile ’ s refusal to submit data trails to holistic biomedical platforms, and by this endanger the care of the larger commons each of us is inevitably both consuming and secreting at once, would be analogous to today’s idiot stunt of refusing vaccines? Put another way, in such radically transparent environments, when do systems and individuals become indistinguishable, not to mention redundant? Is the design of one indistinguishable from the governance of the other, and if so, is the accountability of human individuals, as the subjects and users of digital regimes, really the most viable sovereign unit to enforce?

On this side of the Pacific, we can explore further how this ethical methodology
works to construct the political subjectivity of the User in the image of resource totality and the quantification of the feedback loops initiated with infrastructural systems. This might entail the monetization of cognition (as for Cloud platforms) or of the calculation of a User ’ s carbon footprint toward other ends, but what matters most is the optimization of the User ’ s profile as the source of its economic viability and its political agency. Perhaps the bravura performance of User quantification as autobiographical anthem was by Saul Griffith for a talk at the Poptech! conference in 2008. 15 His talk begins by recounting the procedures he underwent in order to come up with a viable measure of the number of watts of energy that he, as one person, draws from global platforms. Because one uses so many different systems, from airlines to highways to processed meats, it ’ s necessary to calculate not just immediate interactions but the percentage of vast wholes that one individual is arguably responsible for. It took a year, but this is what Griffith and his partners did, quantifying every big and small systemic interaction, from food and diet to transatlantic flights to taxes paid toward the paving of roads. He concluded that he uses around 17,027 watts per year, which not extraordinary for a US citizen. The world average, however, is 2,250 watts per person, with
several billion people filling out the long tail of energy access. Even so, Griffith ’ s confessional might nominate his practice of self as the ideal universal User ( Homo persona?) far more than comparatively blunt profiles available for the Reids or the Hagens in Shanghai. Not only are his interactions with The Stack quantified with exacting candor and offered up for critique and comparison, but his intelligent efforts also provide those systems a valuable measure of their interactions with him. He then performs a similar heroic act of statistics for the collective User inclusive of all humans and their
aggregate effects on the planetary situation (my words, not his). His point then is to demonstrate exactly how difficult will be the necessary transitions from current infrastructures to those required to stave off ecological calamity. At the time of his talk, the United States had put about 90 gigatons (GT) of carbon dioxide into the atmosphere since the beginning of the Industrial Revolution (China had put about 26 GT). Before industrialization, the climate held about 270 parts per million carbon dioxide, and we ’ ve recently passed 400 parts per million. Griffith asks how the collective User could sustain a still very dangerous 450 parts per million and still produce the same 16 terawatts of energy currently demanded by the global population. He surmises that we ’ ll
have to come up with about 10 terawatts of clean renewable energy, in addition to the 6 terawatts from other sources in order to have any reasonable hope for stabilization at 450 parts per million. Getting 10 new terawatts of clean energy in twenty-five years, however, may mean the immediate, simultaneous, and comprehensive transformation of almost all of our entire industrial infrastructure. We would need one gigawatt nuclear plant to go online every week for the next two decades. Plus we would need to install 100 square meters of solar cells every second. Plus we would need twelve 3
megawatts of wind turbines every hour. Plus, to grow enough biofuel-producing algae, we would need to fill a space the size of Wyoming. To have a chance of accomplishing these feats, he says, Coke and Pepsi would have to switch entirely to making sheets of reflective mirrors instead of sheets of aluminum for cans of sugar water. GM, Ford, and Toyota would have to team up to achieve the goal of one wind turbine every five minutes. Obviously such lurches would bring their own negative consequences, and so even “ solving for carbon ”is sure to cause other problems. In other words, it seems impossible. It is true, he concludes, that we have brought 10 terawatts online in the last forty years, and so who knows? Without the deus ex machina of miraculous nanotechnological quantum fusion from Mars, the prospects for the comprehensive stabilization of atmospheric carbon without dramatic reduction in energy use by people like
himself seems highly unlikely. Most interesting, however, is not Griffith ’ s individual apologetics but the shift from the unit of the individual User of The Stack to a profile derived from the total sum of all Users, gauged as one enormous meta- User. Perhaps this shift in scale provides some hope that deliberate redesign of governance is possible. The political identities of Users are produced through interfacial regimes, and the public profile and legitimacy of those regimes appear in the composite mosaic of the Users that it generates. The whole makes parts, which make wholes: the apparatus individuates User, and the totality of Users comes to define the scope and quality of the
apparatus as infrastructure for their lives.

As more things, events, and things are addressed, the social relations of mutual
interest between haecceities are themselves transposed into addressable clusters and empirically queryable entities; they are addresses about addresses. These may spawn addressable networks of metadata that spawn addressable meta-metadata, all of which require visualization tools to make them sensical to human Users. And so things that materially absorb and communicate the conditions of their appearance, and the installations of people and things along the same plane of such a network, are a challenge to our ethical, political, aesthetic stance toward the dignity of both. Marx famously diagnosed capitalism ’ s confused employment of people as if they were things and the assignment of magical agencies to objects. We know full well that capitalist economic relations drive and are driven by a productive rationality that renders all components according to their most apparently efficient conditions of production and circulation so as to maximize the surplus realized in their transactional intercommunication. Logistics understands flatness quite well, and this is also the good news. The challenge is unwinnable on humanist terms, and I am not convinced that any “ parliament ”of things can govern this maelstrom. Instead I would hope that a strongly ubiquitous computation would help to implode the sentimental parameters of brute humanism toward an alternative and more rigorous materialism that extends ethical programs outward by demanding empathetic recognition of ourselves in networked matter as coaddressees.

Apple’s walled garden, as opposed to Facebook’s, is utopian in tone, a paradigmatic community unto its own: autoexceptional. Jobs spoke of Apple as “an Idea, ”wholly unlike the consumer electronics and software companies for which his contempt was always easily forthcoming. The Apple Cloud Polis also rests, then, on the enclave aesthetics of that concept and how it extends into particular choices about the company’s relationship to the governance of terra firma. The reader is perhaps familiar with the tale of Jobs’s Mercedes SL55, which he leased every few months so that he would never have to affix license plates. Having to do so would have required him to publicly acknowledge, in this small way, that he was personally subject to the general jurisdiction of the state of California and to its administrative control over roads and drivers.
This conflation of an ethic of exceptional design work with political exception and exemption is inherent in the Apple model for Cloud Polis and gives wind to the effervescent patriotism among its Users. The ecstasy of revelatory launch events, the hermeneutic interest in the company’s history and future product road maps, not to mention hagiographic reverence for founding figures, all mutually strengthen real and imagined bonds between the Apple public and the brand.

As a transcontinental effect, this digestive cycle can also be seen as a sort of distributed composition, a discontiguous plastic-metallic mega-assemblage remade every day with little molecular bits floating in the light, across the ocean and our lives. To call these flows “compositions” is not to excuse their due ethical weight, but instead to remind ourselves that they are recomposable, and as such, that any sense of inevitability about how they are now arranged today is shortsighted. How unfamiliar could its flux and churn be from what it is now? At the radical end of that contingency, what is the ultimate recomposability of such materials? The answer may depend on how well we can collaborate with synthetic algorithmic intelligence to model the world differently — in other words, thinking takes place in relation to territory, and concepts not only represent the world but also make it according to their situation: diagramming, deforming, drawing and redrawing, and segmenting of the Earth back on itself. We internalize ideas from ground and sky according to whatever perspectives are available (Copernicus, Solaris, Hubble) until like the upside-down spacewalking astronauts, we are dislodged from this reference and given back to the void