Renegotiating our relationship with the Internet. Title blatantly (but respectfully!) stolen from Anil Dash.

60 Followers
This channel appears in
Online Social Networking Criticism, Humans and Screens, Clippings, A drop of love in the cloud, internet as a sinking boat, the net, WWW, projects | Media Lab thesis, every single are.na channel related to having a healthy and non-obsessive relationship to technology, The Web and the World, readings, 📎 Otis MFA Thesis, what to read while pretending to work at work, A Discourse on the Web, 🔌 The Early Social Web, important articles, studio for emergent cyber spaces, 💾 The Next Web, newnet, new everydayness, net web network , Ethical Web Working, Web, "Hello, World!", and INTERNET DAZED 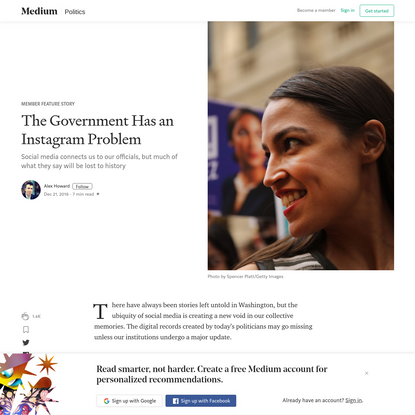 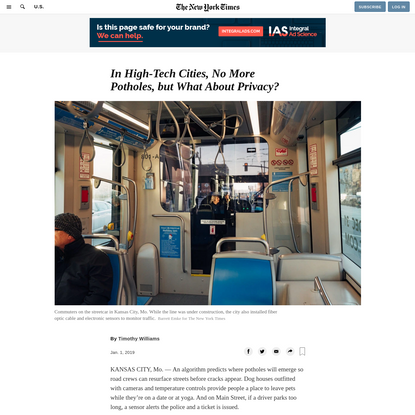 In High-Tech Cities, No More Potholes, … 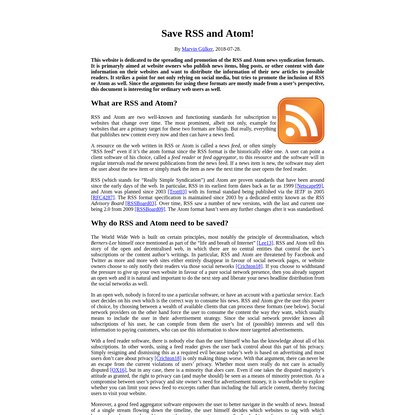 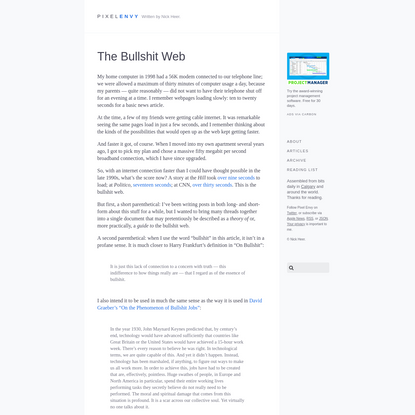 1.2 Still Not An Engineering Problem

There is now significantly less shortage of platform for digital humanities people to communicate what they’ve been saying for a long time, which is, at a very simplistic and high level: maybe don’t (completely) believe what the technologists say? Maybe, say, going all-in on STEM and missing out the A part to make STEAM might not have been such a great idea?

In any event, we now have (and this sounds dismissive but it totally isn’t) an op/ed from Grant Wythoff in the Washington Post, which has from my point of view a not-necessarily helpful headline (“Silicon Valley's attempts to self-police are anti-democratic. They're also not new.”)

What I learned from Wythoff’s piece was the existence of the Technocracy Inc political movement, which I would have known about were I an actual digital humanities scholar and had done my homework. Because I have been going about this in my own bumbling, haphazard and admittedly stupendously privileged way (e.g. one of the only reasons why I learned about the Californian Ideology was because I worked with one of its co-authors, the late Andy Cameron and through him, met the other co-author, Richard Barbrook.

The technocracy movement (obviously, just the high-level skim based on the Wikipedia article and Wythoff’s piece, which I’ll fully admit is one of the problems with society these days) is really interesting. Right in the opening paragraph, it advocates for “replacing politicians and businesspeople with scientists and engineers who had the technical expertise to run the economy” and boy does it feel like we never really resolved that issue. There is, I suspect, something of an underlying narrative of the meritocracy and socially shunned scientists and engineers - in some ways, I imagine, systems thinkers - wanting to finally get a turn at running these things. And there we have it, back to good old CP Snow again and the idea of The Two Cultures: that for some reason there’s this weird artificial divide between the science-type-people and the arts-type-people, at least, as it exists in Western civilizatinos, and at the very least, the symptom is interesting, right? Wouldn’t that be something to want to look into, to see an underlying cause? If, of course, there can be said to be anything like an underlying cause and not, in retrospect, a complex system of shifting pressures and responses.

So, anyway. All these technocracy people treating society as an engineering problem and thinking they can do better than business people and politicians. All these politicians and business people, presumably, thinking the opposite and that the scientists and engineers need to get out of their ivory towers and actually solve some real problems with real people. Why is it that it’s so easy to separate into us vs them (quiet, you evolutionary neuroscientists in the back, you, I see you raising your hands) and along these lines when, maybe, we might need a bit of both?

This comes up again because in today’s episode of The Smart Stuff Casey Newton Continues To Write About Facebook, Newton covers Facebook realizing that maybe they might have to implement something like a Supreme Court? If Facebook wants to solve things like content moderation at scale, then… it will probably need to do something like that. The next question, of course, is whether Facebook should have a Supreme Court or whether Facebook (or others! Hello, Your Government Needs You!) might be able to help out scaling out governmental infrastructure so that it better meets society’s needs. In theory anyone should be able to use the court system to, say, contest an intellectual property claim but for some reason, it always seems to be newspapers ripping off photographers and for some reason it seems to be pretty hard, or harder, for amateur photographers to enforce copyright claims against large(r) corporate entities. Why might that be? (Hello, you knew there would be an appeal to government service at some point, right?)

Anyway. I refer you to this article, From Territorial to Functional Sovereignty: The Case of Amazon and the related concepts of digital capitalism and the creeping encroachment (not that it wasn’t obvious, in some respects?) of state functions from very-powerful and treated as public but not actually public private corporations.

Dan Hon, "Things That Have Caught My At… 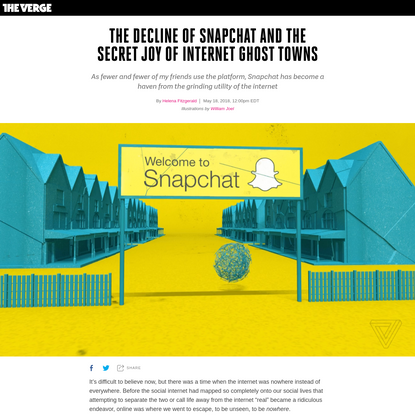 The decline of Snapchat and the secret … 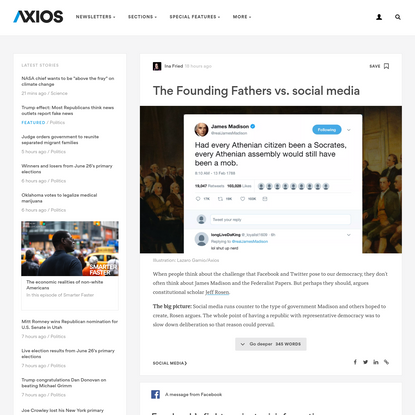 The Founding Fathers vs. social media
Doesn’t have to be hell
by Lucy B
51 blocks • about 2 months ago
📝 Detoxing The Commons
by ultimape 🐜💩
558 blocks • 7 days ago 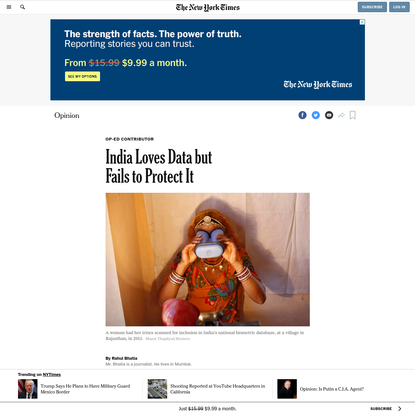