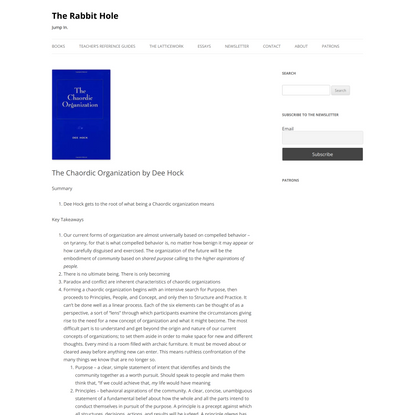 The Chaordic Organization by Dee Hock –… 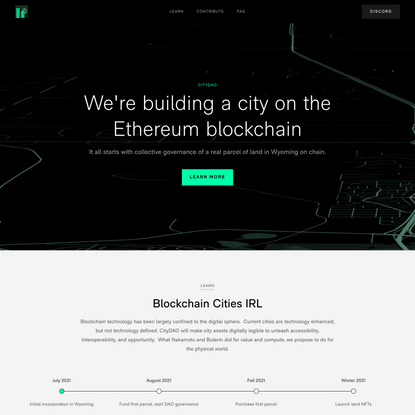 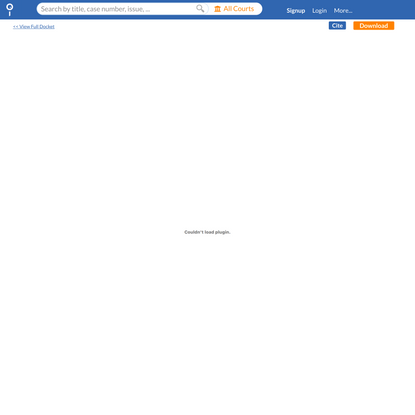 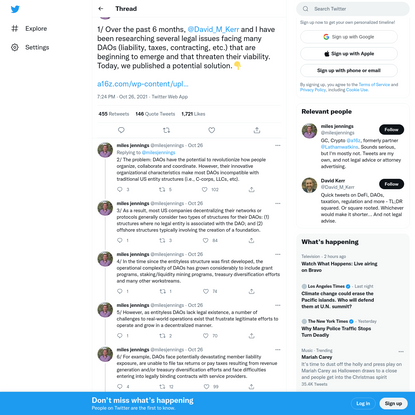 “DAOs do not fit into any classical representation of a company in that they allow groups of people of virtually any size to come together for a unified purpose with little friction (other than the frictions that are currently endemic to the blockchain space). Such purposes can, and do, include business, charity, and community organizations. These structures allow people who have never met and may never meet, people who are domiciled all over the world, to organize effectively and act collectively.”

“These issues all stem from the fact that the existing laws around business, corporate structure, securities, and liability do not contemplate this sort of organization because until recently they didn’t exist.”

“Eventually, laws and regulations will catch up in some fashion, but until they do, early adopters face huge risks as regulators, legislatures, and plaintiffs’ attorneys inevitably try to shoehorn these new creations into existing legal frameworks.”

“If an organization has gone “DAO first,” i.e. has not wrapped a corporate form around the DAO, the members of that DAO are not insulated from liability the way they would be in a company, an LLC, or a limited liability partnership, where liability is limited to the entity itself.Put more simply, the shareholders of a corporation, the members of an LLC, and the partners in an LLP are only “risking” what they have contributed to said entity and the percentage of the entity’s assets that their ownership stake entitles them to.1 Instead, existing corporate law dictates that what the members of said DAO have formed is a general partnership”
DAO Lianility

“For example, say a group of American citizens form a DAO with some Japanese citizens and then an aggrieved third party who is an American citizen sues this DAO. The plaintiff would sue the DAO in an American court and since the court would deem the DAO a general partnership, the plaintiff would not be burdened by having to recover against the Japanese partners. Instead, this plaintiff would be able to recover against the American partners, and it would be the American partners’ responsibility to chase down the Japanese partners for their share of the damages. Given the size of DAOs and the inherent anonymity in their formation, such recovery could prove impossible for the members who were forced to pay out by a court.”

“The current solution to this general partnership problem is to wrap the DAO in a corporate form, whether that is an LLC or a C-Corp (although given its limited utility, it’s barely a solution at all). MetaCartel, Flamingo DAO, and The LAO are good examples of this. However, these DAOs have other limitations placed on them that also tend to frustrate the purpose and the promise of DAOs. Specifically, these organizations are limited to 99 stakeholders and have strict rules around the nature of their members.”

“In the case of the organizations just mentioned, since they all have a financial or investment component to their stated business operations, i.e. managing assets or making investments, they are limited to 99 stakeholders. This is done so that they can take advantage of the 3(c)(1) exemption to the Investment Companies Act of 1940 so that they aren’t deemed to be “inadvertent investment companies.”2

If a company is deemed to be an inadvertent investment company, all of its contracts can be voided, it is prohibited from engaging in interstate commerce, and there are other significant penalties. Additionally, in order to fall under this exemption, all members/shareholders must be accredited investors.”

“Specifically, if the company has more than $10 million in assets the entity-wrapped DAO cannot have more than 500 non-accredited investors as stakeholders.3 If the company exceeds that amount, it is subject to the reporting requirements of the Exchange Act of 1934 and is more or less treated like a public company, something that none of these organizations are set up to deal with. $10 million might seem like a high bar to clear, but many crypto native companies are hitting numbers of that size and far larger in a very short amount of time, so dealing with the stakeholder limit before reaching that threshold is essential (because forcing stakeholders out of a company about to clear the $10 million threshold generally presents a whole host of other legal issues).

“Many projects are in the process of, plan to, or have already issued, governance tokens to decentralize their operations. It is highly likely that regulatory bodies will look at these organizations/companies/projects and apply the same rules regarding the number of participants.”

“These reporting requirements are incredibly expensive and are difficult for “traditional” companies to comply with. Considering the fact that most DAO members are basically anonymous, the AML/KYC requirements alone would be prohibitive.”

“Given how novel DAOs are, it will probably be a long time before such changes are made so how can projects protect themselves? There is no clear-cut answer to this problem at the moment, however, there are certain steps that can be taken that may minimize most of these risks and potentially even eliminate some of them.

For projects with the financial means, off-shoring the entity that issues a governance token or that wraps a DAO, seems to be a viable option for now, although all offshore jurisdictions are currently looking at these issues too and may enact rules around them. But, for the moment at least, organizations like MakerDAO have made use of foundations in places like the Cayman Islands and Switzerland as a way to try to sidestep some of these issues.”

This does not negate the joint and severable liability or the responsibility of the individual partners for the actions of the partnership and the other partners, but because these individuals’ LLCs are the actual partners, such liability does not extend to the personal assets of the humans involved in the project. It would extend to whatever assets each natural person decided to keep in their LLC. The project still functions without a corporate firewall, but the participants have erected many personal firewalls between themselves and the project.

This specific structure for these specific purposes has not been utilized by any project that we know of, much less tested in any court, but given existing SEC rules and guidance, the safe bet would be to ensure that no partner would own more than 10% of the total partnership interest. Such restrictions obviously limit the utility of this approach, but we believe that this method has real potential here for certain projects in that almost all of the issues identified above can be sidestepped.”

“Please note that all existing and proposed solutions to the issues described in this article are by definition not court-tested and could fail. But we believe that any option is better than being DAO-first or entity-less due to significant liability issues and regulatory concerns. Ultimately other states will follow Wyoming’s example and create DAO-native entities and we believe that at some point the federal government will get on board and provide proper exemptions, but until that time projects are at risk.

In the short term, we expect warnings like this to largely fall on deaf ears in the industry, and in the long term we feel there will be a regulatory standard, but in the midterm, there is going to be a lot of pain for projects that have opted to be DAO-first and haven’t properly addressed these risks.”

“The firm is also working on another novel approach that we believe has never been tried but offers great promise for projects in this space and could in fact become a standard for DAOs and governance tokens.”
reach out 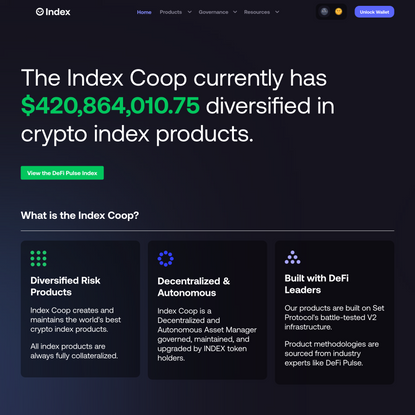 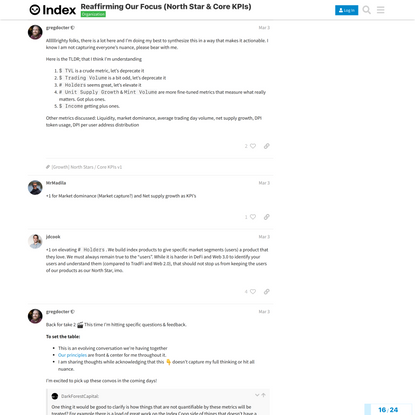 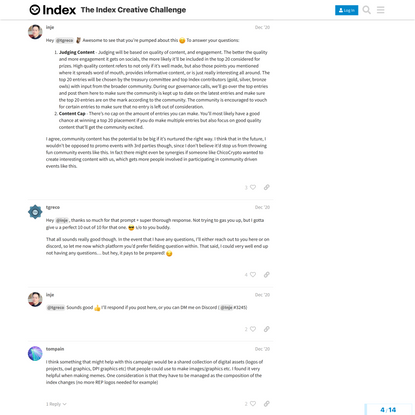 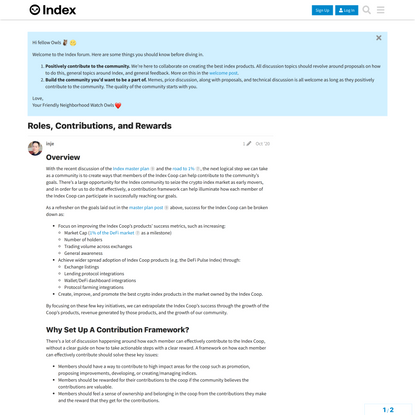