Study is what you do with other people Fred Moten

Jasmine Gibson: I think that love is possible, but I think the love that we conceive out of the social relationships we form now can only slip into moments [with] the underground. Experiencing love not so much just as, “Oh, they make me dinner,” but love as in, “If I get into some sort of trouble, will you bail me out of jail?” Or the love of sending letters to people who are incarcerated, or the love of trying to be honest and vulnerable with other people, even though vulnerability is not something seen as valuable. I think love is possible but [more so] has other possibilities of being different things outside of intimacy with the people you know—a kind of intimacy that can be felt with people who are not necessarily close to you. I navigated that throughout the book with different voices and experiences. Some experiences that are not necessarily unique to me. When I wrote my first piece for LIES Journal, I wanted to speak to my mom in some kind of a way and look at her entanglements with capitalism from a historic perspective, and that’s how I try to navigate love: as a historical thing. At the time, I was also reading a piece by Saidiya Hartman about these two girls trying to comfort each other in the belly of a slave ship—how do you define love in that kind of context? Where it is so violent, and the stakes are incredibly high? I’m thinking right now into that past. The hardest part of that reality is trying to take care of yourself and have enough empathy to take care of someone else, which I think is a kind of love, and in the kind of scenario that Hartman has set up, I was thinking about that and trying to focus on love, my experiences of love, unrequited love, and love as a bigger broader thing; love for my mom, my sister, love for the unlovable. 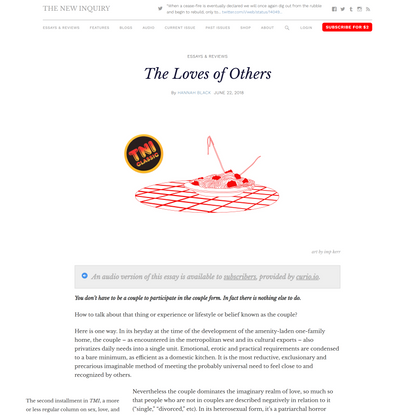 The Loves of Others

<Indigenous Kinship Collective>
Regan De Logan’s ZINE on mutual aid
So many white organisers/non-profits co-opting what mutual aid w/o understanding the HIS of mutual aid
Indig/Black/POC time immemorial
Anti-CAP anti-COL, not just a theory
Not to be co-opted by Cap. Non-profits or white people
HIS of mutual aid being criminalised in communities of colour
Gift-giving ceremonies in INDIG communities illegal until the 70s
Black Panther + Young Lords murders
Angered by the amount of white mutual aid groups cropping up in gentrified neighbourhoods - without realising that they are the gentrifiers, they are participating in violence and harm
X Reallocation of funds —> Mutual aid is actually skill-sharing knowledge based in reciprocity and respect for autonomous action
X Yt hoarding then allocating wealth

<Discakes>
Pauli Cakes
Exchange skills+resources, divest from Cap. institution in order to create autonomous forms of existing
Any divesting from Cap is a threat to the government
X clout for doing someone a favour
Sustainable system, not ‘we’re doing a fundraiser’

Regan
If you’re just practicing mutual aid now in a time of crisis, you’ve fucked up
You have so much to learn
We have been doing this community work for forever in occupied NYC
You’ve never had to think about surviving, because the system wants you to surprise
POC we know the blueprint

Pauli Cakes
How much of a plague police and white supremacists are
People are now like re-allocating resources, if you already had these resources why haven’t you been re-allocating them?
Why does it have to take people dying and suffering in order to have action?
I’m seeing a lot of gentrifiers leaving now to rent their room and not even offering their spaces [you’re moving onto already stolen land, you’re gentrifying communities, you’re displacing families] and shit gets rough and you don’t even offer your space
Look at your existence and how that is displacing POC
Housing is something in particular
Completely un-occupied buildings - people on the street not cared for
Mutual aid and non-profits get mixed up with each other, conflated, pedestaling charity work
Receipts for raves + parties

‘Diversity of tactics’ - direct action teaching; we don’t all need to be at the march, we can be doing autonomous actions elsewhere, comes together towards common goal, should be celebrated
Skill-sharing as crux - provides people with value that isn’t Cap. but brings accountability 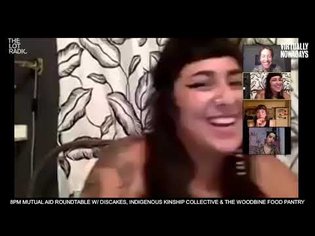 What Is Mutual Aid? A Talk with Discake…

bell hooks “Love as the Practice of Freedom,” Outlaw Culture, 2006
Many of us are motivated to move against domination solely when we feel our self-interest directly threatened. Often, then, the longing is not for a collective transformation of society, an end to politics of dominations, but rather simply for an end to what we feel is hurting us. This is why we desperately need an ethic of love to intervene in our self-centered longing for change. Fundamentally, if we are only committed to an improvement in that politic of domination that we feel leads directly to our individual exploitation or oppression, we not only remain attached to the status quo but act in complicity with it, nurturing and maintaining those very systems of domination. Until we are all able to accept the interlocking, interdependent nature of systems of domination and recognize specific ways each system is maintained, we will continue to act in ways that undermine our individual quest for freedom and collective liberation struggle. 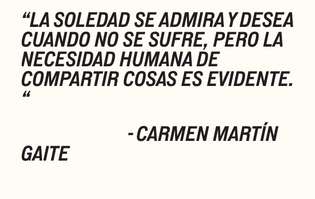 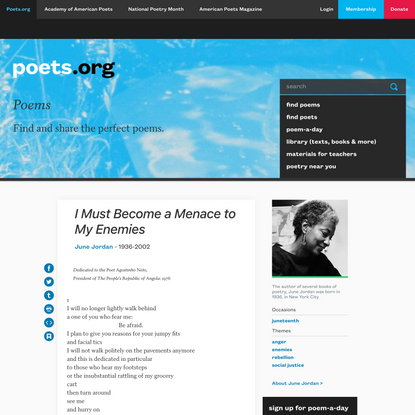