"How do you know how the world works?

"The world is telling us how it works all the time, speaking to us in ways we hear and overhear. Some of its messages blare, some whisper; some reach us in languages we don’t recognize as languages, a current of air on our skin, a green taste in our mouth, a dead nestling on the pavement. The world tells us lies and truths about what we can and can’t control, about how alone we are or how continuous with others, about where our attention should go, about what we should fight or accept. Writing imaginatively is a way to sort those out. Whether we’re writing, reading, or just living, it’s a mistake for think that the only thing that needs grounding, questioning and explaining is the version of the world that we’re making different. Asking why and how about the world as it is can offer us another door into imagining how it could be, what we might make it and what it might make us, however drastically different from now the places where it might burn or bloom. Thicket of stories, running along the dendrites—the trees—of your nerves. Piercing your heart."

The present is always overwhelming in its persistence, so we resort to recollecting the past which is recorded in lower resolution by memory, photography, writing, records, scars, impressions, shadows, names, or titles. The present is always hesitant to successful speculation because we can never perceive the back of our heads, behind the wall, beneath the stone, under the floor, after the turn, beyond the horizon, without definitions. With recollections all the uncertainties are dissolved, we only record and replay that which was noticed. In memory all happenings are dissolved into events, but in present they are steadfast situations poised to writhe, turn, bite and twist on their own accord, running wild without consideration for our methods.

Nostalgia is the mind's home movie. The past unwinds, the colors richer than they might seem if so much around them had not already faded to light. For the projectors of this past, no hard times are as hard as the ones they've suffered; no good times as ineffably sweet as the ones they've known.

The name on the gravestone reads the autumn leaves caught in the grass. Daniel Remington decays into the earth.

In short, if all the matter in the universe except the nematodes were swept away, our world would still be dimly recognizable, and if, as disembodied spirits, we could then investigate it, we should find its mountains, hills, vales, rivers, lakes, and oceans represented by a film of nematodes.

The location of towns would be decipherable since, for every massing of human beings, there would be a corresponding massing of certain nematodes. Trees would still stand in ghostly rows representing our streets and highways. The location of the various plants and animals would still be decipherable, and, had we sufficient knowledge, in many cases even their species could be determined by an examination of their erstwhile nematode parasites

“Every day we slaughter our finest impulses. That is why we get a heartache when we read those lines written by the hand of a master and recognize them as our own, as the tender shoots which we stifled because we lacked the faith to believe in our own powers, our own criterion of truth and beauty. Every man, when he gets quiet, when he becomes desperately honest with himself, is capable of uttering profound truths. We all derive from the same source. there is no mystery about the origin of things. We are all part of creation, all kings, all poets, all musicians; we have only to open up, only to discover what is already there.” 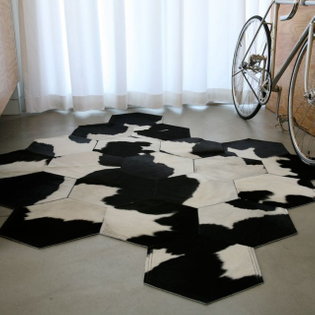 lu·rid /ˈlo͝orəd/ Learn to pronounce adjective adjective: lurid very vivid in color, especially so as to create an unpleasantly harsh or unnatural effect.