breadcrumb nav but different, like planting a flower every where you "go"—regenerative scrolling

We are no longer subjects of and to touch, in the sense of blunt contact with the other, but rather in each experience of encounter, we are always already emitting the glow of our interiority and basking in the iridescently shared shine of transintimacy. 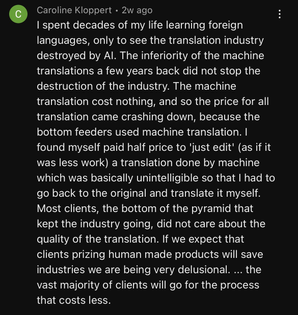 It’s flirting with the liminality between the present and the future. I think portals can exist as little hopping moments; I’m in the present, obviously, but I’m also experiencing future realities. How can I use portals as little keys, to bring those two into symbiosis?

I hope many many people find this channel

I love being a stranger here. Feels like being a ten-year-old on the internet again.

An are.na block is a boundary object

Boundary objects are objects which are both plastic enough to adapt to local needs and constraints of the several parties employing them, yet robust enough to maintain a common identity across sites. They are weakly structured in common use, and become strongly structured in individual-site use. They may be abstract or concrete. They have different meanings in different social worlds but their structure is common enough to more than one world to make them recognizable, a means of translation. The creation and management of boundary objects is key in developing and maintaining coherence across intersecting social worlds.

i'm lonely. thank you so much

That self-connection shared is a measure of the joy which I know myself to be capable of feeling, a reminder of my capacity for feeling. And that deep and irreplaceable knowledge of my capacity for joy comes to demand from all of my life that it be lived within the knowledge that such satisfaction is possible, and does not have to be called marriage, nor god, nor an afterlife.

My physics teacher showed us this video and explained to us how we all produce a glow. He showed how molten metal creates a visible light glow and how humans create this infrared light glow in the video. He told us everything has a glow and the glow's wavelength is relative to temperature (molten metal is so hot the glow seeps into visible light)

"if you find a conversational partner who’s willing to get a little weird, you can use the room you’re in to build a shared memory palace. when you discover an interesting train of thought, you “place” it somewhere in the room. pretty soon, you’re literally surrounded by the convo