reorg: moved from 479 (deleted)
links i can recall from the algo presentation

20 Followers
This channel appears in
📖 interaction design pdf's 📕, :// what is an interface?, click click scroll, and new media research
2

social media as it is rn is not a tool: a tool is patient; socmed demands your attention

notes from The Social Dilemma
3 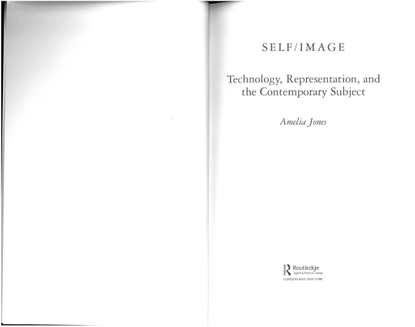 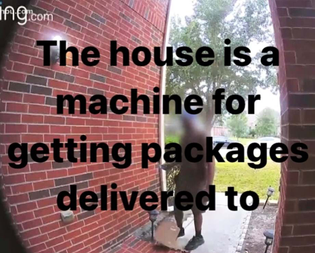 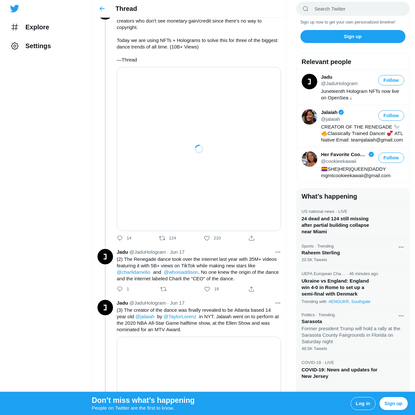 @JaduHologram on dances on TikTok, cred… 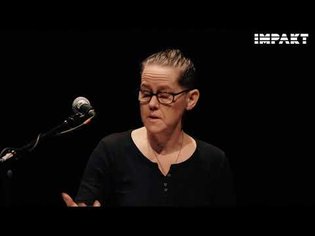 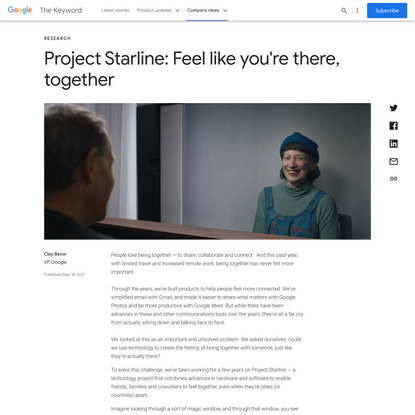 It’s important to remember, too, that Facebook rolled out first at Harvard, and then at other Ivy League and otherwise prestigious schools before it opened to state colleges and, later, high schools; exclusivity was clearly a tactic in the early development stage, and this led to its image as a high-class, elite platform.

Google presents its search engine as the most powerful and efficient means of finding what you're looking for - but this makes a fundamental assumption about where the value of searching lies.

Behemoths like Google essentially position themselves as 'shortcuts' which bypass the 'inefficiencies' of journeying -- in effect, to become The Destination for destinations (or with something like Facebook, The Community for communities). In this paradigm, people inevitably become digital tourists (again, 'users'/consumers) rather than explorers (agents) because they increasingly lose their ability to navigate on their own.

What I did, he told me, wasn’t illegal, and he didn’t even tell me to take the post down — but he did warn me against posting that “type of thing” publicly again, more like a disappointed mother than a Big Brother. What stuck with me most about the incident, though, is the one question I asked him: “Have you ever played Warzone?” “All the time.” Of course he did.

like Nintendo’s Animal Crossing, another game whose cultural status flourished over the past year, Warzone has provided a platform for social interaction over the course of lockdown, drawing comparisons to the golf course and the bowling alley.

attacking virtual reactionaries offers the glee of shitposting. But it’s hard to deny that I’m drawn to the feeling of control and mastery over a landscape I’ve surveyed and colonized. In spite — or because of — my awareness, the game was working on me just the way it was meant to.

The socialization of Call of Duty is almost inseparable from the gun culture it encourages and depicts.

Warzone still proposes a social relations in which the only way to relate to other people is through violence.

The battle royale genre grafts the first-person shooter onto the “open world” genre — games like Breath of the Wild and Grand Theft Auto — which makes the colonial instincts of the form most apparent. These games offer the an illusion of an endless landscape with no law or limits, a map with invisible borders for you alone to tame. Game environments, even nonviolent, seemingly benign ones, condition open-ended sociality on tasks of resource extraction and zero-sum competition. In Animal Crossing, you cultivate farms and gardens, exchanging your produce and products for tokens that help pay off a debt to your landlord, but also allow you to upgrade and customize your avatar and their residence, with the intention of showing it off to friends who can visit your island, or the followers who might see your screenshots on social media. It’s still a form of competition, which takes a colonial mentality for granted. Even if your play style is different, you’re all still bound by whatever rules have been set by the game’s designers. In the case of both free-to-play multiplayer games and free-to-post social media platforms, the rules are set by powerful corporations.

I don’t believe that war is natural and right. But I’ve found myself acting as though I do; and finding real friendship, and real belonging, under a set of circumstances I would otherwise abhor. Just like the invisible walls of a rendered landscape, you often don’t know you’ve hit the boundary until you’re up against it and booted from the game.

Ever since, debate over the risks of autonomous control has remained associated with the debate over the powers and limitations of digitally coded machines. Despite their astonishing powers, little real autonomy has been observed. This is a dangerous assumption. What if digital computing is being superseded by something else?

Many systems operate across both analog and digital regimes. A tree integrates a wide range of inputs as continuous functions, but if you cut down that tree, you find that it has been counting the years digitally all along.

In analog computing, complexity resides in network topology, not in code. Information is processed as continuous functions of values, such as voltage and relative pulse frequency, rather than by logical operations on discrete strings of bits. Digital computing, intolerant of error or ambiguity, depends upon error correction at every step along the way. Analog computing tolerates errors, allowing you to live with them.

Digital computers execute transformations between two species of bits: bits representing differences in space and bits representing differences in time. The transformations between these two forms of information, sequence and structure, are governed by the computer’s programming, and as long as computers require human programmers, we retain control.

Analog computers also mediate transformations between two forms of information: structure in space and behavior in time. There is no code and no programming. Somehow — and we don’t fully understand how — nature evolved analog computers known as nervous systems, which embody information absorbed from the world. They learn. One of the things they learn is control. They learn to control their own behavior, and they learn to control their environment to the extent that they can.

Individually deterministic finite-state processors, running finite codes, are forming large-scale, nondeterministic, non-finite-state metazoan organisms running wild in the real world. The resulting hybrid analog/digital systems treat streams of bits collectively, the way the flow of electrons is treated in a vacuum tube, rather than individually, as bits are treated by the discrete-state devices generating the flow. Bits are the new electrons. Analog is back, and its nature is to assume control.

Sabre and its progeny soon became not just a map of what seats were available but also a system that began to control, with decentralized intelligence, where airliners would fly, and when.

But how do you capture the meaning?

Even in the age of all things digital, this cannot be defined in any strictly logical sense, because meaning, among humans, isn’t fundamentally logical. The best you can do, once you have collected all possible answers, is to invite well-defined questions and compile a pulse-frequency weighted map of how everything connects. Before you know it, your system will not only be observing and mapping the meaning of things, it will start constructing meaning as well. In time, it will control meaning, in the same way the traffic map starts to control the flow of traffic even though no one seems to be in control.

It is entirely possible to build something without understanding it. You don’t need to fully understand how a brain works in order to build one that works. This is a loophole that no amount of supervision over algorithms by programmers and their ethical advisers can ever close. Provably “good” A.I. is a myth. Our relationship with true A.I. will always be a matter of faith, not proof.

We worry too much about machine intelligence and not enough about self-reproduction, communication, and control. The next revolution in computing will be signaled by the rise of analog systems over which digital programming no longer has control. Nature’s response to those who believe they can build machines to control everything will be to allow them to build a machine that controls them instead.