A city is many places at once. The city I grew up in is the city my grandma started to forget. Being such, a city is a connection of stories, events, locations and happenings that are interrelated beyond our ability to comprehend it. Coronavirus Maps Show How the Pandemic … 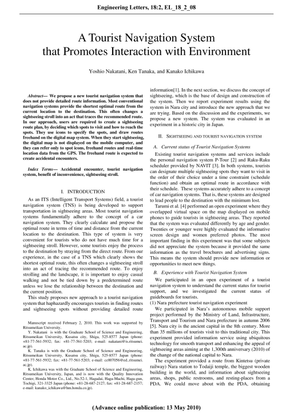 Algorithms function similarly to geographic mapping: They ostensibly present some truth about us but actually generate a hazy new terrain of the self

But in the process, this centering of ourselves on a visible map conceals a larger and more detailed map that we don’t see, one that is constantly evolving and from which certain details are surfaced as if they should take a natural pre-eminence. 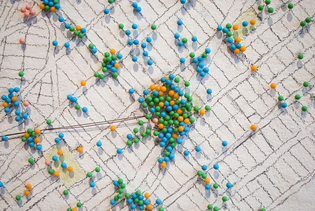 Kuitca’s work presents us with images of empty architectural spaces, stages, road maps, and diagrams. He renders void spaces that are reserved for hosting large audiences and spectacles, such as opera houses and theaters. Kuitca directs our attention to the diagram as a metaphor, and how these are spaces that becomes filled with our own projections, actions, and desires. In Mozart-Da Ponte I, for example, its anonymous seating plans erase any notion of human activity, and the reverse viewing point directs the attention towards the audience and not the spectacle. 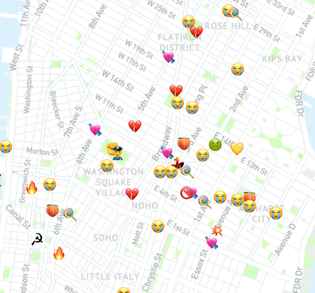 Infinite City, Rebecca Solnit's differently extraordinary work, tips its hat to Italo Calvino's Invisible Cities , and there is plenty of Calvino's whimsical cosmi-comedy to be found here. Its subtitle is (and I offer a heavily abridged version): "A San Francisco Atlas of Principal Landmarks and Treasures of the Region, Including Butterfly Species, Queer Sites, Murders, Coffee, Water, Power, Contingent Identities – and other Significant Phenomena, Vanished and Extant". What Solnit, like Borges, well knows is that the science of cartography is limited: no map can hope to represent all aspects of any site, however small. "What we call places are stable locations with unstable converging forces," she writes in her opening essay, and so her atlas records a vision of San Francisco as utterly specific but also involved with wider networks and flows (of capital, species, migration, language). It seeks to represent both the city's quiddity and its liquidity.