OBJECTS ON THE MOON

NASA conducted various missions to explore the Moon from 1968 to 1972 through the project Apollo. The first attempts did not succeed so, even the project officially began in 1961, only eight years later humans managed to touch the lunar surface. In fact, six out of ten launches achieved manned lunar landings, with Neil Armstrong as the first man on the Moon.

The fulfillment of this milestone was a reason of pride so astronauts left objects to sign their path, even if some of them were abandoned involuntary.
According to the estimates on the surface of the Moon, men has left about 181.4 tons of “waste”. Not only the rests of about seventy spacecraft, but also dozens of very curious objects.

Do you know that there are two golf balls, 12 pairs of boots, cameras, films, dusters, kits for personal hygiene and even a twig of olive tree? And they are just a few!
Fortunately, the most of them have been captured and they are still on the satellite.

In the first mission of Apollo 11, the astronauts Neil Armstrong and Buzz Aldrin left the famous American flag and an important silicone disk containing peace messages from 73 Chiefs of State.

During one of the first Apollo Missions 96 sacks of feces and urine were left on the Moon, some of them still full. This could be gross but actually it would be important to examine them in order to discover what type of bacteria survived on the satellite.

In Apollo 14 mission, Alan Sherpard threw two golf balls on the Lunar surface to test the different gravity force on the satellite, leaving them on the Moon.

We all remember Neil Armstrong, the first man on the Moon who left the footprint on the Lunar surface. But he was not the only one and 12 of the astronaut’s boots which left a mark on our satellite were abandoned there.

In honor of all those astronauts who died during Apollo missions, Paul Van Hoeydonck design and created a little sculpture in the shape of a mini-astronauts which was taken on the Moon and left there to commemorate them. Together with it there is also a plate with the names of the 14 astronauts dead during the mission.

During the mission of Apollo 15 in 1971, the astronaut David Scott wanted to test the gravity of the Moon through an experiment. He let fall an hawk feather and a hammer to prove they would reach the ground at the same time. Since then, the feather is on our satellite.

NASA did not confirm the presence of this object on the Moon because probably it was taken in the space secretly, during the second mission of Apollo 15. Called, Moon museum, it is a small ceramic plaque with characteristic images by some famous artists such as Andy Warhol.

To celebrate the first landing on the Moon in 1969, during the Apollo 11 mission a plaque was taken on the satellite. On this metallic plate there is written a message and the signatures of the astronauts of the mission, Neil Armstrong, Michael Collins and Edwin Aldrin, and of the President of the United States, Richard Nixon.

On the Moon there is also a family photograph. It was taken by the astronaut Charles Duke during the Apollo 16 in 1972 because he wanted to leave a mark of his landing on the satellite. Unfortunately, now there are only the rests since it burned due to solar radiations.

So, with that in mind, here is a rough (and only partial) inventory of the stuff mankind has left on the moon…

Inventory made by Megan Garber

On the “The Atlantic” magazine” Megan Garber tried to set up an inventory of the abandoned objects, even if not complete:

more than 70 spacecraft, including rovers, modules, and crashed orbiters
5 American flags
2 golf balls
12 pairs of boots
TV cameras
film magazines
96 bags of urine, feces, and vomit
numerous Hasselbad cameras and accessories
several improvised javelins
various hammers, tongs, rakes, and shovels
backpacks
insulating blankets
utility towels
used wet wipes
personal hygiene kits
empty packages of space food
a photograph of Apollo 16 astronaut Charles Duke’s family
a feather from Baggin, the Air Force Academy’s mascot falcon, used to conduct Apollo 15’s famous “hammer-feather drop” experiment
a small aluminum sculpture, a tribute to the American and Soviet “fallen astronauts” who died in the space race – left by the crew of Apollo 15
a patch from the never-launched Apollo 1 mission, which ended prematurely when flames engulfed the command module during a 1967 training exercise, killing three U.S. astronauts
a small silicon disk bearing goodwill messages from 73 world leaders, and left on the moon by the crew of Apollo 11
a silver pin, left by Apollo 12 astronaut Alan Bean
a medal honoring Soviet cosmonauts Vladimir Komarov and Yuri Gagarin
a cast golden olive branch left by the crew of Apollo 11
Which is the aim for the next lunar surface experiments?
With the desire of the Man to discover the time that passes on the moon, with the future lunar mission, the numbers of garbage on the moon surface will increase.

Right now, there is an enormous number of debris that the astronauts have left on the moon surface in order to mark the history of human exploration, in order to demonstrate that “the Man has been here”.

This could be summarized in the speech of John F. Kennedy at Rice University on September 12, 1962 explaining his lunar ambitions: ”No nation which expects to be the leader of other nations can expect to stay behind in this race for space…We choose to go to the Moon in this decade and do the other things, not because they are easy, but because they are hard.” 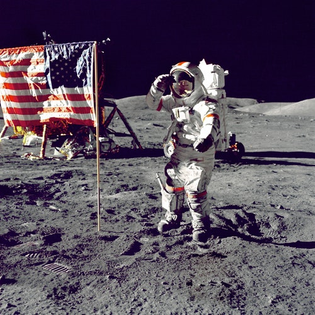 Neil Armstrong on the moon 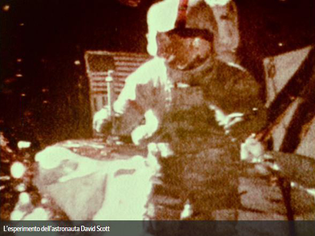 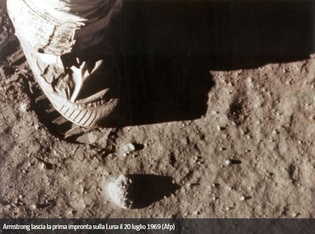 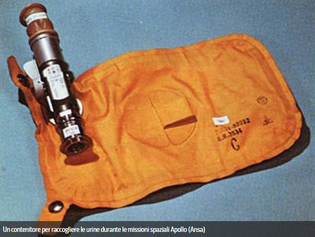 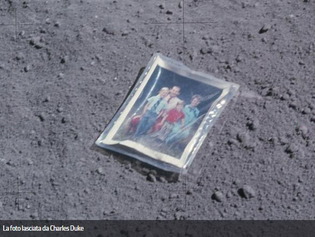 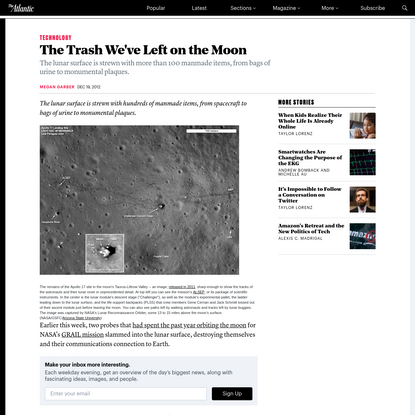 The Trash We've Left on the Moon 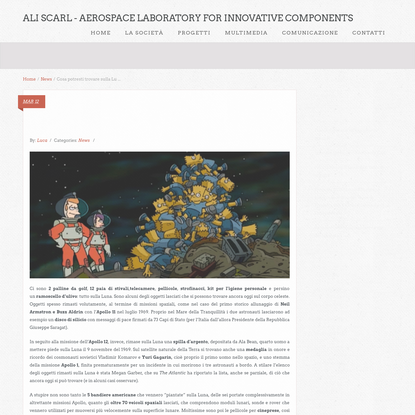