Love Conceptions is a community exploration about how we love here and now and all things love-adjacent.

Feel compliments as deeply as you feel insults.

how to resist the romance of easy or convenient feelings

I don’t think me loving myself magically makes me loveable to other people. Sometimes I want to feel that love without having to love myself. Isn’t that what love is about sometimes?

“My father once told me about agape love. In his introduction and explanation of agape as an idea and practice of true unconditional love, he mentioned a very commonly held misconception. This misconception resided in the “why,” the fundamental reasoning for the presence of love itself. In its frequent justification, “I love you” would precede, “because of…” which would often precede a list of conditions, sometimes physical, sometimes emotional, intellectual, etc. Despite the endearing nature of any of these conditions, they all nonetheless, revealed the love that they described as conditional. They were reminiscent of either previous, present, or predicted future conditions of the relationships. My father proposed that agape, or unconditional love be based on one’s ever changing self, and the unwavering partnering of that, to that same self-manifested as another. “I love you not because of you, but because of “I,” I love you because “I am,” my father corrected. He then went on to advise that if I approached love as an inward process first, there-by deepening a love “myself,” to a love of “self”, and then approached the love of another through that understanding, those processes, whether kindly, romantic, or platonic, would be stronger and have more longevity.

The clarity in my father’s ponderings on self-love, drove me to name this song, inspired by them, Lavender. Though the song sonically emits lavender, it was the etymology and history of the word lavender that resonated with me and solidified the songs name. Lavender, a name for a flower as well as a color, potentially, comes from Latin “lavare", to wash, reflecting the plants historic usage as an aromatic agent in washing fabrics.

My father’s thoughts on self-love returned to me many years later in moments when I needed to withdraw from the commotion and cloudiness of relationships built on seeking love externally. In my withdrawal and cultivation of self-love, I felt clear and cleansed. I felt washed.“ – KAMAU

Love does not lead to an end to difficulties, it provides us with the means to cope with our difficulties in ways that enhance our growth

And all three of us were heartbroken and lovesick and so the apartment was kind of a toxic place. But there was a lot of camaraderie there, too. Sad camaraderie. 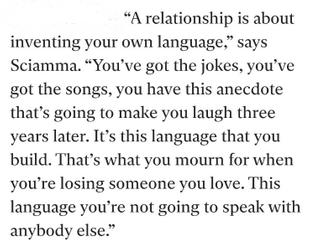 Sometimes, sadly, love doesn't have anything to do with compatibility and does not care about it either

Life is very weird, no matter how it ends, very filled with dreams. Never will I forget your face, your frantic human eyes swollen with tears. I thought my life was over and my heart was broken. Then I moved to Cambridge.

Kokoro (Japanese: 心) To use heart, spirit, soul and mind all together, cohesively. 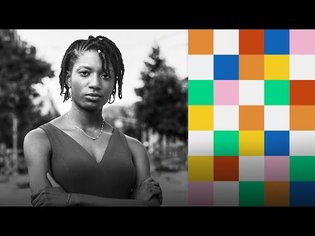 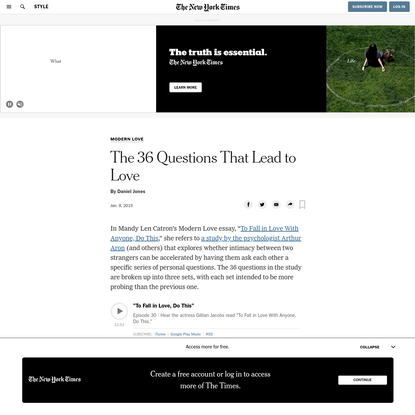 The 36 Questions That Lead to Love

The role of the artist is exactly the same role, I think, as the role of the lover. If you love somebody, you honor at least two necessities at once. One of them is to recognize something very dangerous, or very difficult. Many people cannot recognize it at all, that you may also be loved; love is like a mirror. In any case, if you do love somebody, you honor the necessity endlessly, and being at the mercy of that love, you try to correct the person whom you love. Now, that’s a two-way street. You’ve also got to be corrected. As I said, the people produce the artist, and it’s true. The artist also produces the people. And that’s a very violent and terrifying act of love. The role of the artist and the role of the lover. If I love you, I have to make you conscious of the things you don’t see. Insofar as that is true, in that effort, I become conscious of the things that I don’t see. And I will not see without you, and vice versa, you will not see without me. No one wants to see more than one sees. You have to be driven to see what you see. The only way you can get through it is to accept that two-way street which I call love. You can call it a poem, you can call it whatever you like. That’s how people grow up. An artist is here not to give you answers but to ask you questions.