Just as they are doing with seemingly every obstacle in their way, Hong Kong protesters innovated around the need for a strong leader. They are using communications technology to be both highly organized and leaderless, leaving the authorities unable to take out any key elements that would cause the effort to collapse.

Where a strong leader would make strategic decisions, the protesters are using a Reddit-like forum called LIHKG where ideas can be upvoted, allowing the best ones to rise to the top.

What’s uncanny about this, to me, is how much it echoes a model of distributed action imagined a few years ago by Adam Roberts in a novel called New Model Army — a novel I wrote about here. Roberts imagines a near-future world in which New Model Armies (NMAs) — collectivized and non-hierarchical organizations of mercenaries — have become major players on the European political scene. The novel’s protagonist associates himself with one of those NMAs, called Pantagral. From my post:

The really fascinating and, to the British Army, disturbing thing about Pantagral is its ability to change its shape and extent at will. Its soldiers can form into one enormous mass in order to attack a city – acting for the time much like a traditional army – but then at need dissolve into mist. Soldiers just go away and find shelter somewhere, bunking with friends or in abandoned buildings. They stay in touch with one another and when Pantagral decides to reform, they rise up to strike once more.

In short, they behave like a slime mold, which changes size, splits and combines, according to need, in such a way that it’s hard to say whether the slime mold is one big thing or a bunch of little things. Slime molds and social insects behave with an intelligence that ought to be impossible for such apparently simple organisms, but, as Steven Johnson points out in his fascinating book Emergence, simple organisms obeying simple rules can collectively manifest astonishingly complex behavior.

Compare this to Taber’s account of the Hong Kong protesters:

Another element to the protesters’ resilience was the decision to abandon the occupation strategy used in Occupy Central protests of the Umbrella Movement in exchange for a highly fluid approach. The protesters package and sell this guerilla approach with the phrase “Be Water,” coined by Bruce Lee. With this phrase, the protesters are making a counter-intuitive strategic insight into crisp, elegant, and motivating message. Having arisen from people’s fear of being arrested, the subtext of the phrase is that being strong and effective doesn’t mean standing your ground. It means retreating to fight another day. The reason the Umbrella Movement was not more successful was, in part, its rigidity. Protesters stayed mostly in one place where they could be identified, monitored, and eventually arrested. The protesters saw that a fluid approach, where swift retreat from momentary danger is not seen as cowardice, would be a stronger one under Hong Kong’s undemocratic conditions. This insight, which the protesters are putting to great practical use, is the legacy of ancient Chinese philosophy for governance and military strategy. Lao Tsu said, “Nothing is softer or more yielding than water. Yet, given time, it can erode even the hardest stone. That’s how the weak can defeat the strong, and the supple can win out over the stiff.” 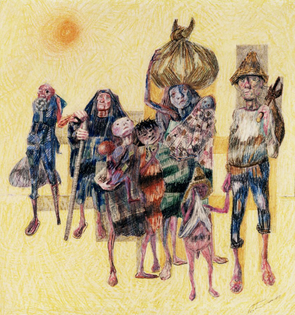 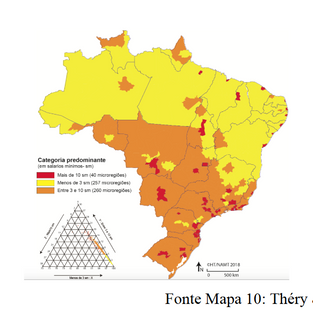