I suppose I had a natural tendency to become a Progressive, anyhow. That is, I was naturally a democrat, in believing in fair play for everybody. But I grew toward my present position, not so much as the result of study in the library or the reading of books—although I have been very much helped by such study and by such reading—as by actually living and working with men under many different conditions and seeing their needs from many different points of view. The first set of our people with whom I associated so intimately as to get on thoroughly sympathetic terms with them were cow-punchers, then on the ranges in the West. I was so impressed with them that in doing them justice I did injustice to equally good citizens elsewhere whom I did not know; and it was a number of years before I grew to understand, first by associating with railway men, then with farmers, then with mechanics, and so on, that the things that I specially liked about my cow-puncher friends were, after all, to be found fundamentally in railway men, in farmers, in blacksmiths, carpenters—in fact, generally among my fellow American citizens. Before I began to go with the cow-punchers, I had already, as the result of experience in the legislature at Albany, begun rather timidly to strive for social and industrial justice. But at that time my attitude was that of giving justice from above. It was the experience on the range that first taught me to try to get justice for all of us by working on the same level with the rest of my fellow citizens. It was the conviction that there was much social and industrial injustice and the effort to secure social and industrial justice that first led me to taking so keen an interest in popular rule. For years I accepted the theory, as most of the rest of us then accepted it, that we already had popular government; that this was a government by the people. I believed the power of the boss was due only to the indifference and short-sightedness of the average decent citizen. Gradually it came over me that while this was half the truth, it was only half the truth, and that while the boss owed part of his power to the fact that the average man did not do his duty, yet that there was the further fact to be considered, that for the average man it

had already been made very difficult instead of very easy for him to do his duty. I grew to feel a keen interest in the machinery for getting adequate and genuine popular rule, chiefly because I found that we could not get social and industrial justice without popular rule, and that it was immensely easier to get such popular rule by the means of machinery of the type of direct nominations at primaries, the short ballot, the initiative, referendum, and the like. I usually found that my interest in any given side of a question of justice was aroused by some concrete case. It was the examination I made into the miseries attendant upon the manufacture of cigars in tenement-houses that first opened my eyes to the need of legislation on such subjects. My friends come from many walks of life. The need for a workmen’s compensation act was driven home to me by my knowing a brakeman who had lost his legs in an accident, and whose family was thereby at once reduced from self-respecting comfort to conditions that at one time became very dreadful. Of course, after coming across various concrete instances of this kind, I would begin to read up on the subject, and then I would get in touch with social workers and others who were experts and could acquaint me with what was vital in the matter. Looking back, it seems to me that I made my greatest strides forward while I was police commissioner, and this largely through my intimacy with Jacob Riis, for he opened all kinds of windows into the matter for me. The conservation movement I approached from slightly different lines. I have always been fond of history and of science, and what has occurred to Spain, to Palestine, to China, and to North Africa from the destruction of natural resources is familiar to me. I have always been deeply impressed with Liebig’s statement that it was the decrease of soil fertility, and not either peace or war, which was fundamental in bringing about the decadence of nations. While unquestionably nations have been destroyed by other causes, I have become convinced that it was the destruction of the soil itself which was perhaps the most fatal of all causes. But when, at the beginning of my term of service as President, under the influence of Mr. Pinchot and Mr. Newell, I took up the cause of conservation, I was already fairly well awake to the need of social and industrial justice; and from the outset we had in view, not only the preservation of natural resources, but the prevention of monopoly in natural resources, so that they should inhere in the people as a whole. There were plenty of newspapers, the New York Times, Sun, and Evening Post, for instance, which cordially supported our policy of conservation as long as we did not try to combine it with a movement against monopolization of resources, and which promptly abandoned us when it became evident that we wished to conserve the resources not for a part of the people but for all of the people.

The country-life movement was simply another side of this movement for a better and juster life. From Mary E. Wilkins to Sarah O. Jewett, in story after story which I would read for mere enjoyment, I would come upon things that not merely pleased me but gave me instruction—I have always thought that a good novel or a good story could teach quite as much as a more solemnly pretentious work, if it was written in the right way and read in the right way—and then my experience on farms, my knowledge of farmers, the way I followed what happened to the sons and daughters of the farmers I knew, all joined to make me feel the need of arousing the public interest and the public conscience as regards the conditions of life in the country. Here again I have been fortunate enough to live with my own people, and not to live as an outsider, but as a man doing his share of the work. I know what the work and what the loneliness of a farmer’s life too often are. I do not want to help the farmer or to help his wife in ways that will soften either, but I do want to join with both, and try to help them and help myself and help all of us, not by doing away with the need of work, but by trying to create a situation in which work will be more fruitful, and in which the work shall produce and go hand in hand with opportunities for self-development. Very early I learned through my reading of history, and I found through my association with reformers, that one of the prime difficulties was to get the man who wished reform within a nation also to pay heed to the needs of the nation from the international standpoint. Every little city or republic of antiquity was continually torn between factions which wished to do justice at home but were weak abroad, and other factions which secured justice abroad by the loss of personal liberty at home. So here at home I too often found that men who were ardent for social and industrial reform would be ignorant of the needs of this nation as a nation, would be ignorant of what the navy meant to the nation, of what it meant to the nation to have and to fortify and protect the Panama Canal, of what it meant to the nation to get from the other nations of mankind the respect which comes only to the just, and which is denied to the weaker nation far more quickly than it is denied to the stronger. It ought not to be necessary to insist upon a point like this, with China before our very eyes offering the most woful example of the ruin that comes to a nation which cannot defend itself against aggression—and China, by the way, offers the further proof that centuries of complete absence of militarism may yet result in the development of all the worst vices and all the deepest misery that grow up in nations that suffer from overmuch militarism. Here again I learn from books, I learn from study, and I learn most by dealing with men.

I feel that the Progressive party owes no small part of its strength to the fact that it not only stands for the most far-reaching measures of social and industrial reform, but in sane and temperate fashion stands also for the right and duty of this nation to take a position of self-respecting strength among the nations of the world, to take such a position as will do injustice to no foreign power, strong or weak, and yet will show that it has both the spirit and the strength to repel injustice from abroad.

Theodore Roosevelt; How I Became a Prog… 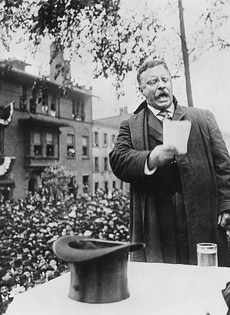 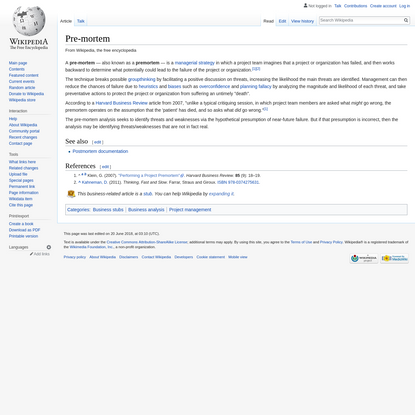 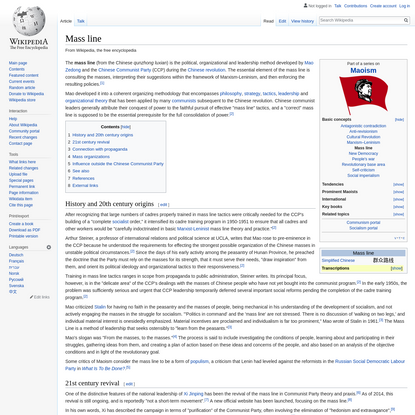 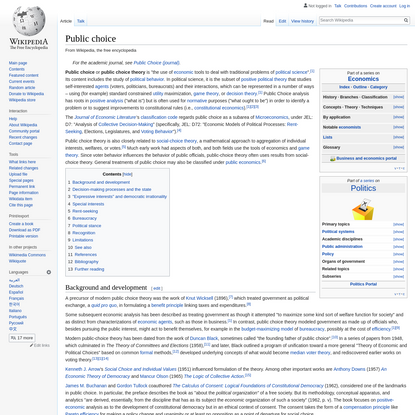 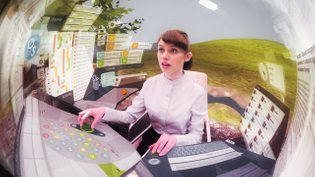 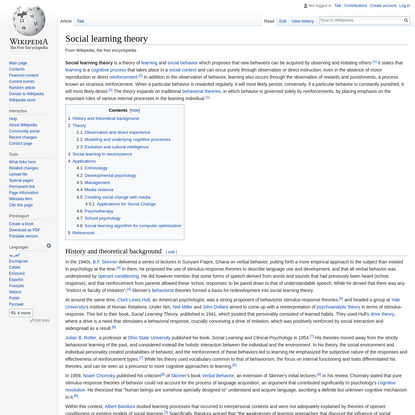 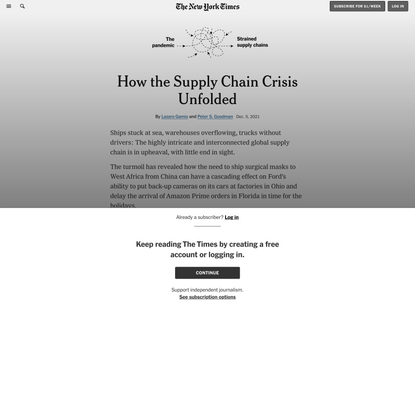 How the Supply Chain Crisis Unfolded 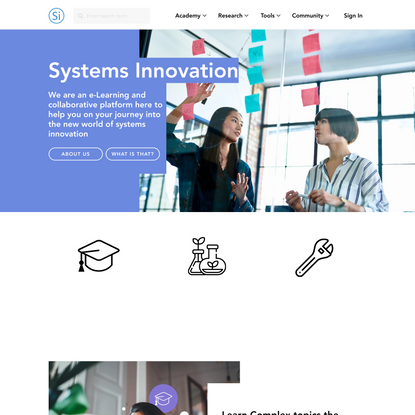 “System work seeks to address social problems by making substantive and lasting changes to the system in which the problems are embedded,” 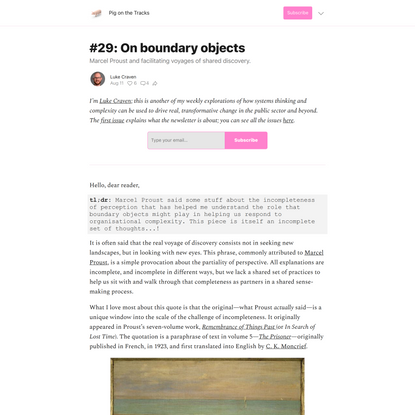 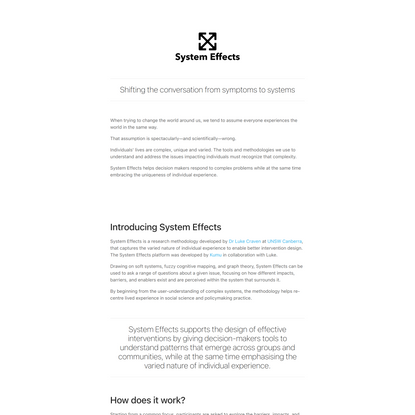