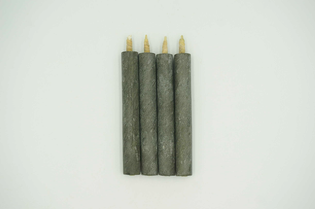 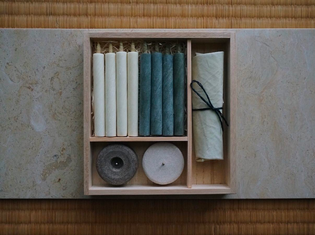 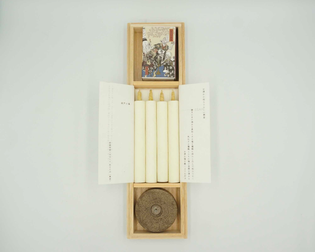 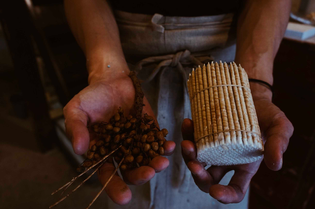 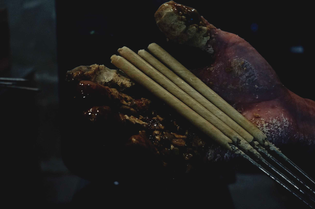 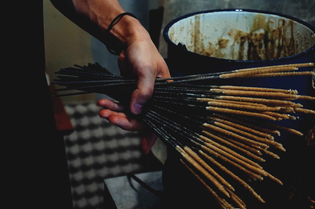 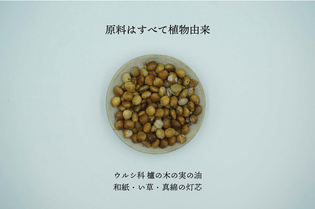 "Legend has it that the first candles, made from bees wax, arrived in Japan with the introduction of Buddhism during the Nara Period (the Eighth century). By the Edo Period (1603-1868), trees providing the raw materials for traditional Japanese candles were widely cultivated on the Japanese islands of Kyushu and Shikoku. Candles provided light for everyday purposes, and came to be used in traditional entertainment such as Noh and Kabuki. The city of Nanao in Ishikawa prefecture flourished during this time as a port of so-called Kitamae-bune "Northbound ships" due to its excellent natural settings. Wax from Kyushu and Japanese paper (washi) from Iwami (in Shimane prefecture) used for wicks were brought to Nanao to produce traditional Japanese candles. The finished product was then transported throughout Japan by Kitamae-bune. The guild made by Japanese candle maker called 'rosokuza' continued to be existed in Naneao until the late Nineteenth century. Takazawa Candle was established in 1892 and succeeds this tradition"