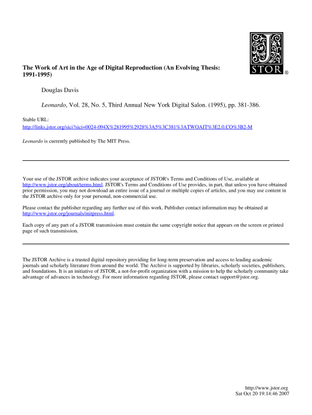 The Work of Art in the Age of Digital R…
pdf 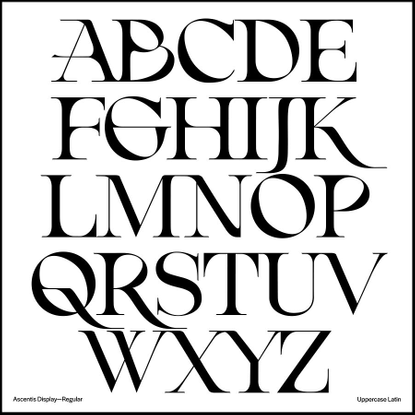 A disembodied voice flickers as the screen tumbles out of sight. “Have you had it with linear media?” it asks. “Are you tired of television that just happens to you?” 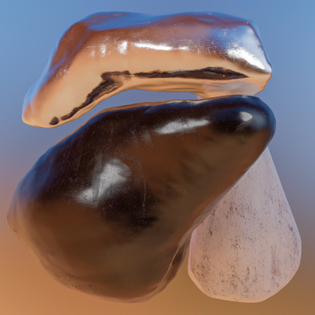 “Bringing [the forms] in focus was a declaration of the fact that a computer interface is not a ‘transparent’ invisible layer to be taken for granted, but something that defines the way we are forced to work and even think.”

Do you remember when the internet was a place you logged on to?

geolocation data and “audio, electronic, visual, thermal, olfactory, or similar information.” Further, it includes “inferences drawn from any of the information identified…”.

Are the topics you’ll be discussing in this meeting so sensitive that it would be bad for the server operators (or anyone they may in turn grant access to, such as government authorities) to observe, or does it not really matter?

if you self-host it, a third-party service is no longer able to spy on your meetings. If the server is hosted using a cloud hosting provider like Amazon AWS, however, it is still possible that the hosting provider itself may receive a wiretapping request.

Unlike transport-level security, which encrypts messages only in transit but allows the server to see them, E2EE means that the meeting content may only be viewed by the meeting participants (the 'ends'), not any intermediaries.

If the answer to the previous question of is the topic of the meeting sensitive enough that we would not want a third-party service or state actors to overhear is a resounding 'yes', then conferencing platforms which offer E2EE should be used.

Google's Duo works on both iOS and Android devices, but is limited to a maximum of 12 participants. While both claim to be E2EE, FaceTime and Duo are closed source applications (Zoom, too, claimed to be E2EE though that was shown to be untrue).

Jitsi's own server (meet.jit.si), unlike the Jitsi Meet code itself, is "not opensourced and is proprietary". Jitsi claims to provide "secure video conferencing solutions", though goes on to explain that it does not currently provide E2EE