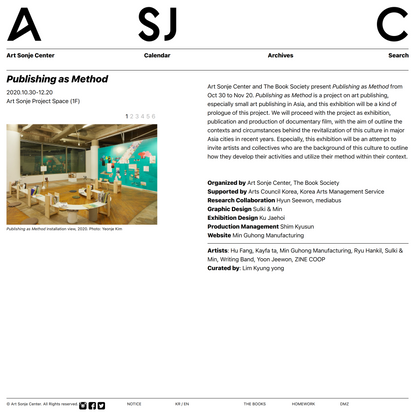 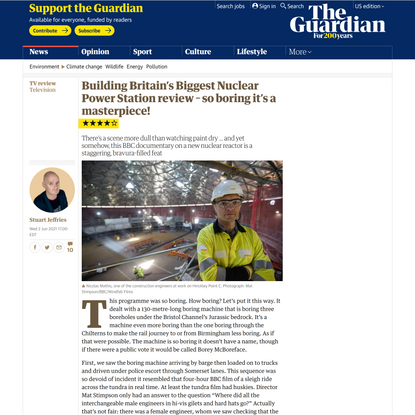 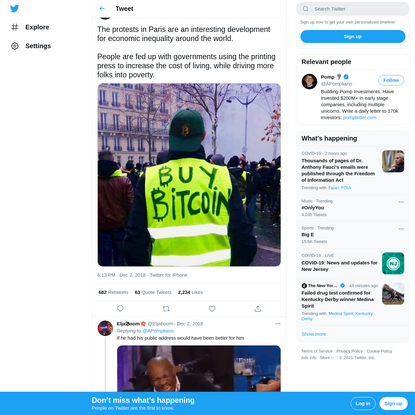 Other Opinions are Available

The idea of the critic as a cultural voice—speaking on film, or music, or art etc.—has been built up over many decades. The origin of the modern day ‘professional’ critic can be traced back to the pre-internet era, and the influence of ‘Film Theory’ on film criticism which emerged around the time New Wave American cinema broke, in the late 1970s. This paid position, supported mostly by ‘traditional media’ such as newspapers and radio, has survived by living within a framework of personal references and silos built out of their own taste.

The trick with this type of critic is that these references and opinions are rarely ‘alien’ to their readers and followers, even if they are distinctly single minded in the manner in which they are communicated. It’s these conduits that allow these critics to connect with readers and followers within delineated fields. This is silently understood to be a position the established critic must maintain to be considered worthy of their title and/or status.

Pauline Kael, who was installed as film critic for The New Yorker from 1968 to 1991, was one of the modern world’s most well known film critics—although not necessarily for her insightfulness. But more for her eloquent defence of her often slim assessments. Readers were drawn, not only to her staunch opinions, but equally to the voracious manner in which she would defend them.

As Renata Adler wrote, in 1980, in a review of Kael’s book ‘When the Lights Go Down’: “…what is most striking is that she has, over the years, lost any notion of the legitimate borders of polemic. Mistaking lack of civility for vitality, she now substitutes for argument a protracted, obsessional invective… Her favourite, most characteristic device of this kind is the physical (she might say, visceral) image: images of sexual conduct, deviance, impotence, masturbation; also of indigestion, elimination, excrement. I do not mean to imply that these images are frequent, or that one has to look for them. They are relentless, inexorable.”

Here is evidence that the established critic is expected, by their public, to silo themselves to keep their contribution to an over-arching discourse clear in its intent, by any means necessary. This well worn typology of the critic deals in only the definite—in concrete statements—that do not have to contain factual information, but should lead to a conclusive outcome. Without this view of certainty they cannot claim to be presenting any sort of cohesive argument that aims to lead the cultural conversation.

Along with the emergence of online tools for documenting and communicating ideas around popular culture—such as blogs, message boards, tweets and comments—came the democratisation of criticism. Attached to this was an utopian ideal of the ‘level playing field’ upon which everyone and anyone could enact the role of the critic.

In his 2011, TV series, ‘All Watched Over by Machines of Loving Grace’, film maker Adam Curtis discussed the utopian ideals of the early software developers surrounding technology and how it be can used to effect community cohesion. He references the influence of the American architect Buckminster Fuller as a precursor that helped shape these ideals; “Fuller’s geodesic dome imitated the idea of the ecosystem. Each tiny strut was weak but when thousands were joined together to form a giant interconnecting web, they became strong and stable.”
In applying this ideal to society, and hence the technology used by societies, Curtis says, “Fuller realised there was going to have to be a conceptual shift in the way human beings saw their position in the world. Instead of seeing themselves as members of nations or classes or in hierarchies of power, people should instead see themselves as equal members of a global system.”

The voice of the online critic has grown from this vision of a communal voice, speaking in unison, contained within bubbles formed by structures, wherein the individual voice (or the established critic) was no longer needed. A vision of a ‘safe space’ is formed where the polarised, and polarising, statements of the established critic can be negated in favour of general consensus. In essence, a self-regulating system to contain criticality, or even cancel it out.

The reaction video striking example of this type of self-regulating system that online critics operate within. Reaction videos are a genre initiated by YouTube creators, using a consistent format that, when viewed as set, attempts to form a common consensus through volume and repetition.
Initially started as a way for fans to express their common appreciation for a particular film or TV show, copyright dictated that these fans couldn’t merely replay said film or TV show. So instead, they took to filming their own reactions whilst watching them instead (Channel 4’s TV program ‘Gogglebox’ works on a similar, although less malleable premise). This lead to fans reacting to original content produced by other YouTubers. This soon proved even more popular than reacting to externalised, traditional media. A breed of YouTube creators emerged, known as the ‘Reaction vloggers’, who quickly gained followers based on their recorded reactions, rapidly reposting and overlaying existing content to satisfy newly built fan bases of their own.

On YouTube ‘viewing time’ equals cash, so increased views can lead to a tangible income. A currency soon developed around the ‘reaction’ genre. A consequence of which was an erosion of the income for YouTube creators that were busy posting original material. These creators began to see their work re-posted over and over again, each time overlaid with more and more reactions. And these reactions started to come, not just from fans, but also from channels set up with the express purpose of eking out an income by reposting original content under the banner of ‘the reaction video’.

The goal of posting a ‘reaction’ video moved from that of a critique or appreciation of a particular type of content and from a singular point-of-view, to a homogenised mass of voices cashing in of this new form of criticism—all essentially saying exactly the same thing. The online critic, away from the silo of personal opinion, was subsumed into a self regulating economy whose ultimate outcome was a commonality or general consensus.

A channel called ‘Fine Bros.’ that set up a series of videos of children reacting to YouTube content, had their cast react to a video by a YouTube creator known as ‘That Poppy’. That Poppy rose to prominence within YouTube, by posting short, succinct videos that offer a subtle critique of online behaviour particular to YouTube and social media. The character of ‘That Poppy’ portrayed in these in these videos performs an off-kilter, eerie type of mimicry that occasionally breaks down, leaving ‘That Poppy’ seemingly unsure of how to behave.

In the first iteration in this chain, ‘Kids react to Poppy’, the kids in question watch a selection of ‘That Poppy’s short videos, questioning her behaviour and commenting on her performance. The footage of these kids reactions, then become the main focus of a new video with the ‘That Poppy’ videos they’re reacting to resized and overlaid in over the top corner.

The outcome of all this activity being that this one set of reaction videos, based on a common format, can be read as a never-ending loop whose original critical intent appears to diminish with every new version that is produced.

One of the striking differences then, between the aforementioned established (or ‘professional’) critic and the online critic, is that the established critic is usually hyper-conscious of their place within a network or community of other critics and the audience they are producing their reviews for. Superimposed on top of this is a broader network of traditional media that flows through similarly established entities, such as newspapers, TV, radio, podcasts and the various outlets set up by media companies similarly intent on defining distinct audiences for their offerings.

The online critic, on the other hand, deals in flatness. They deal in with the ‘level playing field’, where nuances of opinion are ironed out in order to gather the most amount of views. In doing this they seek the approval of all that encounter them, not just the avid devotion of the niche, or the few. With this ‘common consensus’ approach comes an amplification of a common view and rise in volume which can cause the established critic to become subsumed when faced with this wall of opinion.

So how does the established critic operate now that their former status as authoritarians has been eroded in the eyes of the public? A number of tactics have emerged...

One route is to follow the general consensus, as per the online critic. This leads to homogeneous statements that align across ideologies (by refusing to bleed across ideological boundaries). We saw this in recent reviews of Renzo Piano’s work for the Whitney Museum in New York, as pointed out by Michael Sorkin in his ‘critique of the critics’ for The Nation, entitled ‘Why has criticism of the Whitney been unmoored?’ In this manner, as witnessed by Sorkin, a group of established critics begin sharing similar opinions, repeating very nearly identical themes and/or drawing very similar conclusions—joining the common chorus, but also further diminishing their own presence and authority.

Another approach is to have a diverse opinion that some may share but offer it with knowing insight into it’s place in the firmament of critical opinion. Popular British film critic, Mark Kermode often does this with his insertion of the simple mantra, “other opinions are available”.

A duality of opinions

When thrust into the maelstrom of online conversation (often in the form of a type of text-based ‘phone-in’ during his live radio programme), Kermode has developed this phase as a way to position his silo-ed opinion within a more common consensus.
This is a simple and useful way to deploy a means of injecting a singular opinion whilst remaining part of the broader conversation.

This has also helped build a community around the critic that actively shares the idiosyncrasies of language used within the film programme (as evidenced by the appearance of a wikipedia of phases from the programme which has been set up by fans under the banner, ‘witterpedia’) without the need to reduce this language to common parlance.

In opposition to this community minded approach, Kermode often explicitly states when he identifies an outside opinion as ‘wrong’ and defends the role of the established critic as an isolationist, “In an ideal world, film critics wouldn’t have friends who are film makers and, actually, wouldn’t have friends ... I don’t go to red carpet affairs. I don’t go to film parties. Or parties. I don’t like film people. I don’t like people very much. In an ideal world, I would live a completely hermetically sealed existence.”

It’s this duality—the switching between the encouragement of a diversity of viewpoints and formally stating the critic’s silo-ing of opinion that go on to demonstrate that there is room for criticism to evolve further, provided this duality, or a multiplicity, exists.

To further encourage this evolution, established critics need to prevent themselves from seeking common consensus and accept that online opinion is not an end—even if the critics voice is diminished. In fact, the established critic’s voice can be strengthened through the sheer volume of followers also expressing their own diverse, or not-so-diverse opinions. Allowing space for a range of opinions does not mean the death of the singular voice. In fact, discourse is enriched and broadened by the acknowledgement of a variety of forms of criticality. This ideal also allows new voices to travel up through the ranks and further develop unique ‘vantage points’ of their own, which is integral if the formal application of criticism is to evolve beyond current concerns.

Other Opinions are Available 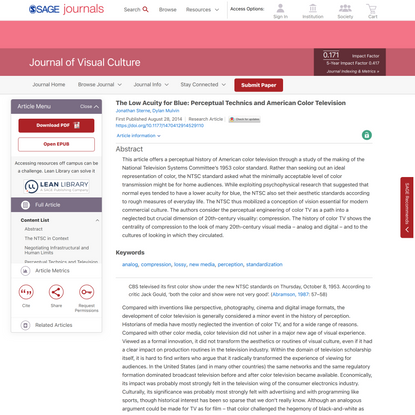 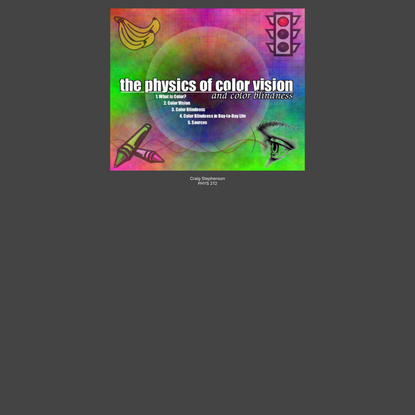 The Physics of Color Vision and Color B… 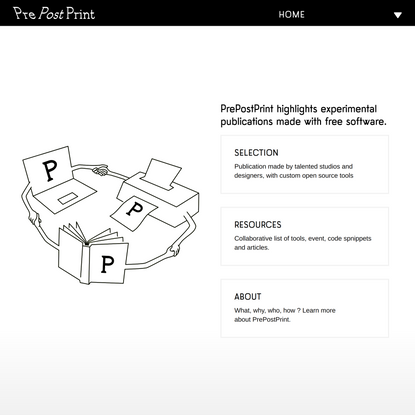 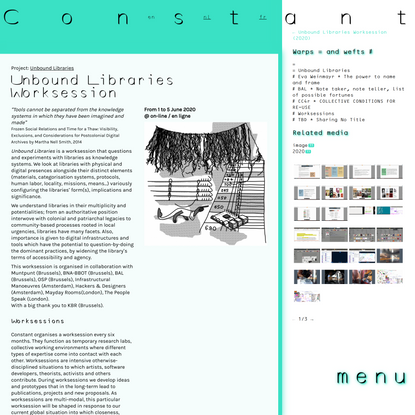 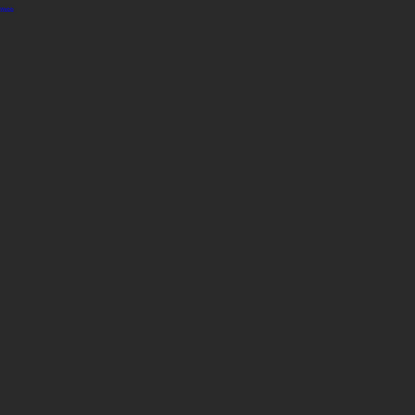 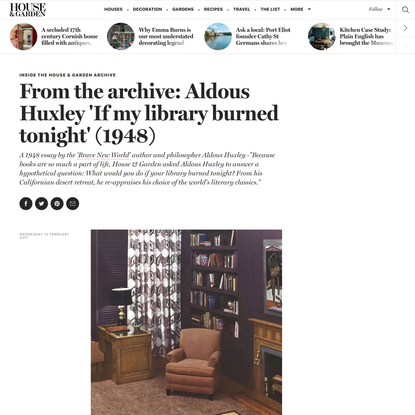 From the archive: Aldous Huxley ‘If my … 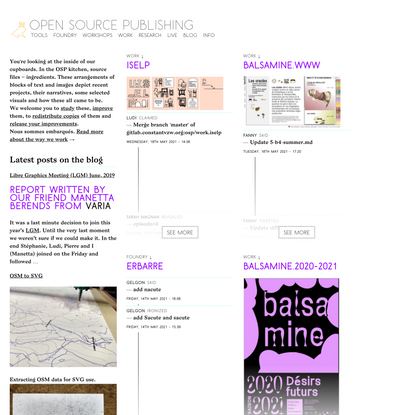 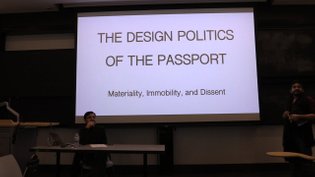