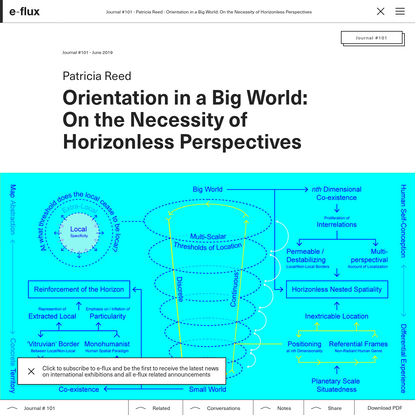 Orientation in a Big World: On the Nece…

“(2.) The arrangement of words (in their appropriate forms) by which their connexion and relation in a sentence are shown.”—The Shorter Oxford English Dictionary

Recognition of syntactical constructions used to be taught by the method of diagramming, a useful skill for any writer. If you can find an old grammar book that shows you how to diagram a sentence, have a look; it’s enlightening. It may make you realise that a sentence has a skeleton, just as a horse does, and the sentence, or the horse, moves the way it does because of the way its bones are put together.

A keen feeling for that arrangement and connection and relation of words is essential equipment for a writer of narrative prose. You don’t need to know all the rules of syntax, but you have to train yourself to hear it or feel it, so that you’ll know when a sentence is so tangled up it’s about to fall onto its nose and when it’s running clear and free.

In his essay ‘Politics and the English Language’, Orwell wrote: “When you think of a concrete object, you think wordlessly, and then, … hunt about till you find the exact words that seem to fit it. When you think of something abstract you are more inclined to use words from the start”.[^17] Either way,—words. Words forming narratives, words forming stories. Stories of objects, objects telling stories.

In facing the concept of the Anthropocene[^18] and the nightmare-ish visions conjured up by recent discussions around the “Sixth Mass Extinction”,[^19] “disaster capitalism”[^20] and the like, you see designers utilising narration and story telling time and again, and increasingly so. An urgent question for designers, of almost any discipline, whether they work with physical material or not, has become—why design more?[^21] When the resonance from designed objects have had dire consequences.[^22] Even designers who work in online or similarly intangible realms can’t escape the production of energy and waste due to the material nature of the technology they use.[^23]

Parallel to this, the term design has been repurposed in recent times to describe a wide, fracturing field of activity,[^24] unreliant on material outcomes—from IDEO’s concept of ‘design thinking’[^25] to ‘human centred design’ programmes,[^26] to very recent developments within game design which require the expertise of ‘Narrative designers’.[^27] As Bruno Latour observed, “the typically modernist divide between materiality on the one hand and design on the other is slowly being dissolved. The more objects are turned into things—that is, the more matters of facts are turned into matters of concern—the more they are rendered into objects of design”.[^28]

Reverse Orwell’s aforementioned procedure and words, narratives and stories can also produce objects… and away from perceived crises currently swirling around the designer’s usage and promotion through production of physical materials. Which is an occurrence you find in Narratology and the persistent presence of the diagram as a visual design tool.

One helpful way to describe a diagram is as a ‘structural illustration’. The origin of the word comes from the Greek term ‘dia’, meaning ‘through’ or ‘between’, suggesting something is connected or ‘a line is drawn’ from one thing to another, creating a scheme or a plan. A diagram is not ‘the thing’, it is a rendering of the thing—an explanation of it.[^29] A diagram has the appearance of data and information but is an illustration of said content, built to aid viewers in interpreting information.

When Narratologists began breaking apart, dissecting and reconfiguring structures within literature, the diagram became a potent tool for supporting this emerging discipline. Curiously though, what has happened so far is, instead of bringing clarity and focus to a subject, ‘diagramming’ within Narratology has been used to abstract, diffuse and build, often baffling, new forms. This has opened up literary theory to many other disciplines in the form of new types of structures and formulas ready to be emptied out and restocked. But it has also often made the original literature these structures may have been based on redundant. Thorndyke’s diagram^30 is a case in point which Logan Williams points out takes “a simple story,” and renders it “bewilderingly complex”.[^31]

[Image 1:
Thorndyke, Perry W. “Plot structure for stories used in Experiment I: (A) the Circle Island story; (B) the Old Farmer story.”from “Cognitive Structures in Comprehension and Memory of Narrative Discourse”]

The employing of diagrams in order to reorganise and restructure texts has been pivotal in the continuing abstraction of narratological outcomes. It has allowed Narratology to break away from its formalist background, albeit via intentionally structured (and very graphic means). Kathy Acker’s use of diagrams interjected into texts is often cited as a first introduction of post-modernist discourse to literary theory. Within her 1978 paperback, Blood and Guts in High School[^32] she uses various implements to disrupt narrative flow. The diagrams (or ‘dream maps’) she interjects have a crudely drawn, urgent and erratic style in opposition to Thorndyke’s starkly rationalised Narratological diagrams. Acker’s diagrammatical structures are also intermingled with text, illustrations and graphic details that render linear readings near void.

Diagramming grew rapidly to become its own wing within Narratological studies. Mapping out a story or piece of literature, utilising the sorts of abstracted shapes developed within flow diagrams, not only forced a break in the visceral emotive baggage connected to story telling (the triggers) but also gave literature the sheen of scientific research. An illusion of impartiality could be easily achieved once lines, arrows and boxes intruded into the text, coercing it into fitting within these rigidly graphic systems.

The ‘Narrelations’ project is a prime example of the abstraction of literature that diagrammatic readings of narratives allow. In this design, words within texts are analysed and then pushed to the side, away from the main graphic device which, at first, appears to have no text associated with it at all—just a circular form with bits of colour, plotted out around it’s circumference. The usability and ultimate usefulness of the tool is very much up for debate.[^34]

What is interesting is how narratology’s link to visual design is also laid bare within this project with a linear ‘design process’ thoroughly documented in an accompanying ‘behind the scenes’ article. The ‘design process’ undertaken starting with sketches and prototypes before moving onto working ‘mock-ups’ to enable “Usability Evaluations”, concluding with a range of designs, with one design selected as ready to take to completion.[^35]

The article accompanying the project positions it “at the intersection between literary studies, information visualisation, and interface design”. The project seeks to address the issue that… “despite a growing interest in text visualisation among literary scholars, so far, narrative visualisations are not designed to support the particular tasks involved in narratological analysis and often fail to reveal nuanced narratological features.”

As proof of the parallel paths design and literary theory have been taking, this project is a good example. As a tool for building Narratological structures for deployment in a range of fields, it is also of possible use but as a means for re-reading stories and narrative it falls short.

Narratology draws a clear connection between design and story telling, although it is undernourished by a lack of participation by design practitioners. To date, Narratology is a realm where design happens with very little input from designers. And yet, designers are employing narrative and story telling in the communicating of research and project work in increasing ways that suggest a fiction-based[^36] practice is possible. What becomes available to designers here is the means to identify new ways to capture and transmit research-based project work as well as gaining access to a wide range of disciplines from which mutually beneficial connections can be made.

[^16] Grimaldi, Silvia et al. ‘Narratives in Design: A Study of the Types, Applications and Functions of Narratives in Design Practice’. Praxis and Poetics, September 2013.
[^17] See note 11.
[^18] Donna Haraway, in an essay entitled “Anthropocene, Capitalocene, Plantationocene, Chthulucene: Making Kin” introduces this mass of similar ‘-ocenes’ before settling on a new terminology that seeks to address the use of Anthropocene as a catch-all which she titles ‘The Dithering’. See Environmental Humanities, vol. 6, 2015, pp. 159-165. See also, ‘pyrocene’ as mentioned in: Demos, T. J. “The Agency of Fire”. e-flux Journal #98, March 2019.
[^19] “Human activity is causing irreparable harm to the life on this world. Many current life forms will be extinct by the end of this century. We may right now be causing the Sixth Mass Extinction in Earth’s history.” Text taken from the Extinction Rebellion website, rebellion.earth/the-truth/the-emergency/ Accessed January 2020.
[^20] Klein, Naomi. The Shock Doctrine. Metropolitan Books, 2007. See also, ‘petro-capitalism’, ‘extinction capitalism’ etc.
[^21] Dutch Invertuals & FranklinTill’s recent collaborations are a good example of this new found concern amongst designers for reducing, reusing or avoiding materials altogether. See ‘Mutant Matters’, their combined show at Milan Design Week 2018, franklintill.com/work/mutant-matter-franklintill-x-dutch-invertuals-milan-2018 and their follow-up discussions as part of Dutch Design Week 2018 entitled, ‘Less. See also, Viewpoint #42, “Guilt-free”, franklintill.com/work/the-guilt-free-viewpoint Accessed January 2020.
[^22] DAE 2019 Information Design graduate Kirsten Spruit’s thesis project entitled, “A Space For Lingering” was born of the question of what to do if doing is too much, instead focusing on tools for non-productive exercises such as lingering and boredom as a useful state. kirstenspruit.com Accessed January 2020.
[^23] “We are often told that the world’s economy is dematerialising—that physical analog stuff is being replaced by digital data, and that this data has minimal ecological footprint. But not so fast. If the global IT industry were a country, only China and the United States would contribute more to climate change” Pearce, Fred. “Energy Hogs: Can World’s Huge Data Centers Be Made More Efficient?”. Yale Environment 360. April 2018. e360.yale.edu/features/energy-hogs-can-huge-data-centers-be-made-more-efficient Accessed January 2020.
[^24] In a similar way to which the term and activity around Narratology was been fractured and dispersed amongst a wide range of often divergent fields. See previous chapter.
[^25] Blurb from a recent introduction to IDEO’s ‘Design Thinking’ arena from their Executive Chair, Tim Brown, “Thinking like a designer can transform the way organisations develop products, services, processes, and strategy. This approach, which is known as design thinking, brings together what is desirable from a human point of view with what is technologically feasible and economically viable. It also allows people who aren't trained as designers to use creative tools to address a vast range of challenges.” designthinking.ideo.com Accessed January 2020.
[^26] See designkit.org/human-centered-design & humancentereddesign.org. Of course, the big question is when is design not human centred? Is design a human activity? Anti-speciesist might argue otherwise. Either way it is a much wider topic than the framing of this thesis currently allows.
[^27] See narrativedesigner.com and ustwo.com/join-us/jobs/4652251002 for a couple of examples of typical ‘Narrative Designer’ job descriptions. Accessed January 2020.
[^28] Latour, Bruno. ’A Cautious Prometheus? A Few Steps Toward a Philosophy of Design’. From a Keynote lecture for the Networks of Design meeting of the Design History Society Falmouth, Cornwall, September 2008. bruno-latour.fr/sites/default/files/112-DESIGN-CORNWALL-GB.pdf
[^29] Definition found via Liddell, Henry George & Scott, Robert. “A Greek-English Lexicon”. See perseus.tufts.edu/hopper/text?doc=Perseus:text:1999.04.0057:entry=dia/
[^30] Thorndyke, Perry W. “Cognitive Structures in Comprehension and Memory of Narrative Discourse”. Cognitive Psychology, Volume 9, Issue 1, January 1977. Elsevier, 1977.
[^31] Williams, Logan. ‘Lessons From Narratology’. Buzzfeed. 2017. buzzfeed.com/loganwilliams/lessons-from-narratology Accessed January 2020.
[^32] Acker, Kathy. Blood and Guts in High School. Copyright, 1978. Grove Press, 1984. For the ‘Dream Maps’ see pp.46–51.
[^33] From an article on the development of Narrelations, a tool for Narratological research—Schwan, Hannah et al (project team). “Narrelations—Visualising Narrative Levels and their Correlations with Temporal Phenomena”. Digital Humanities Journal. Volume 13, Number 3, 2019. digitalhumanities.org/dhq/vol/13/3/000414/000414.html
[^34] Try it for yourself via uclab.fh-potsdam.de/narrelations/. Accessed January 2020.
[^35] See note 33.
[^36] For more on the intersection of design and fiction-based practises see ‘Fiction Practise. Prototyping the Otherworldly’, edited by Marianna Pestana, in which the speculative aspect of story telling, as employed by designers, is discussed and investigated. Onomatapee #174. 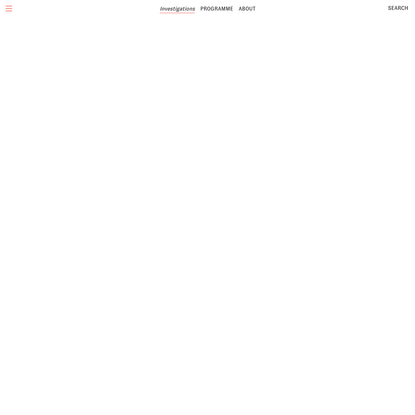 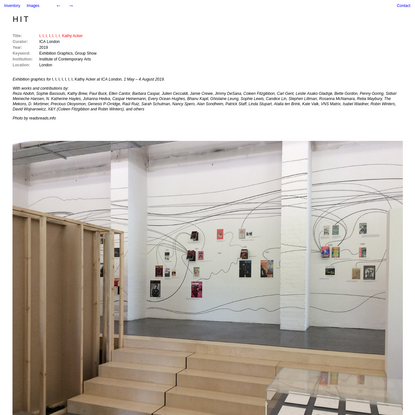 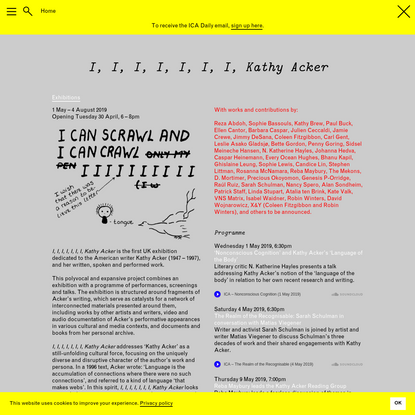 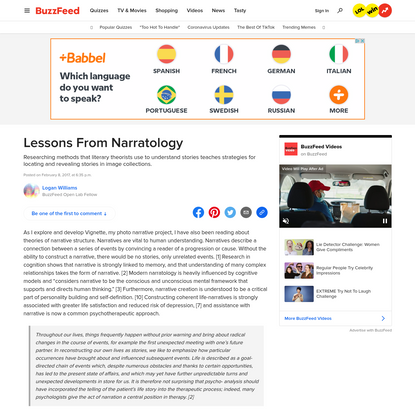 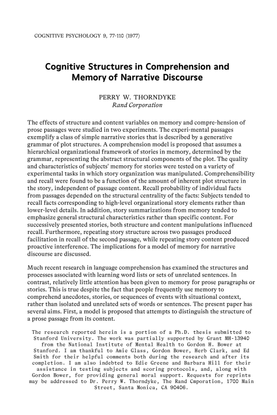 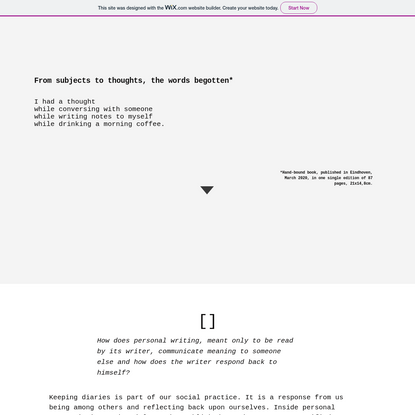