Please share a little about yourself and give a description of your project - Goodnight Call.

So i think of myself primarily as a photographer. I spend a lot of time trying to create a bridge between my photos and the work conceptually.I think for me as a photographer I really enjoy wandering around and encountering unexpected moments, and for me the universe is similar, just floating around and discovering these fragments.I guess another thing I think about in my photographs is narrative and how the medium relates to it. Can it convey a narrative or not, is the big challenge. That was the big question for Goodnight Call, which in the end was the reason I switched to a verbal medium. It was too abstract in images. So I was really interested in the idea of voicemails as portraits and how a voice is kind of a portrait of a person, which is something I had never thought of before. I was shocked about how specific it was and how easy it was to conjure an image of a person. Another way Goodnight Call ties into my other work is that I think about after-image, an image that can convey a slower, longer sense of time, kind of reverberating and circling back. I think in general I listened to the voices so often they were circling back, but also it feels almost like something coming up behind you; you don't have that much information. Just a trace of a voice, one that you cannot place. To me that has a similar quality to an after-image. The project itself is about trying to recreate a moment in a relationship, so it had both a cynical starting point and a hopeful one, in the sense that it was questioning sincerity, what's real when people say certain things. And then also, really valuing words and feeling their weight and using the project to experience the meaning of them.

What about voicemail led you to choose it as a medium to work with? And is it something you use personally?

I first conceived of the project as a real call, and I did a few calls with people and they were just too weird. There's a reason there's a separation, it's about that separation that you can't have on a phone call. I chose voicemail because It was an action where the participants could still do their performance but I wouldn't have to be involved. I was also aiming to recreate this thing which really happens everyday. This was in 2011 when people did leave voicemails, so it was an attempt to make it as close to reality as possible. Today, any recording would work, it doesn't have to be voicemail. But I do think there's something vulnerable about speaking when nobody's listening, that I think is interesting. There's something solitary about that, where there's a sort of anticipated listener; will they ever hear it? But you don't have that feedback at the moment. That would be sort of similar to an audio text now, which I think could also work.
I don't use voicemail anymore, and what I find kind of funny is that I feel really self conscious when I'm leaving a voicemail, especially now because nobody does. It feels very committed to leave a voicemail. And I think that awkwardness is part of it and part of why I chose it for the project.

How did the medium inform the outcome of your work? How do you think it shaped the way participants interacted with it, and was there anything that surprised you?

I don't know for sure but my feeling is that it made it more of a game. It detached it from a real romantic context and made it more of a performance game. There were lots of things that surprised me, definitely that people participated at all. It was like a gift they gave me. It’s like: "oh this is kind of a ridiculous thing, but I guess i'll do this thing for this person I never met.". I wasn’t expecting that generosity. I was doing this work in grad school and at a certain moment I burnt out on it and got overwhelmed. When I really wanted to receive the messages they were great, and when I was burnt out and was just doing it for a deadline they weren't great. It also surprises me that even 10 years later I still hear those voices sometimes. Mainly the more sad ones. Some of the ones on Goodnight Collection B Side, where they're telling stories, stayed with me too. What also surprised me was that there was one person who left multiple voicemails and seemed a bit like "why aren't you calling me back". I was a bit surprised that there was only one person who was like that, everyone else kind of left it.

During a time when texting, caller ID, etc. have made voicemail more or less obsolete — though still possible (e.g. our phones are still designed with voicemail boxes) — how has the nature of voicemail changed?

There's so much information that you get from someone's voice. With texting, all that is lost. And a lot of the time when we talk about the internet, even the conversation about craigslist, the assumption is that people want intimacy and they want to reveal themselves but i think a lot of people don't want that and they prefer the safety and anonymity of whatever new distancing technology we have. It feels parallel to the conversation we have about the pandemic where sometimes people do want to be alone, sometimes they don't want to interact. No judgment there, but that's the reason why there's less of it, because people feel safer.

Where do you see voicemail in the future? Is it worth preserving? Why?

I think it's going to disappear. I never leave voicemails anymore. It is interesting to think of how much technology shapes these choices and these interactions. Even a platform like craigslist, that no longer supports that kind of interaction, once that's gone it kind of disappears. It's like these vestigial things that we leave behind. But i think a lot of it has to do with the phones we use, the technologies and platforms we use, that just don't have voicemail built into it.

Maybe it's not so much about specific technology, maybe a need for that kind of vulnerability. In the past voicemail existed in all kinds of relationships, especially in close relationships. Maybe it's a question of what is the function of that kind of vulnerability in our relationships. I mean I think it's a good thing, I think we want to keep it. I think also, even though I did say these platforms were structuring how we interact, I did like using Craigslist for this project because it reshaped how I thought about it. People will connect in weird ways no matter what. Maybe that's the take away that I had; there is that need for some sort of contact, regardless of how that happens. 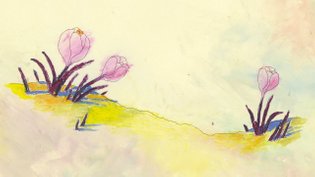 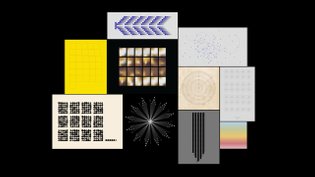 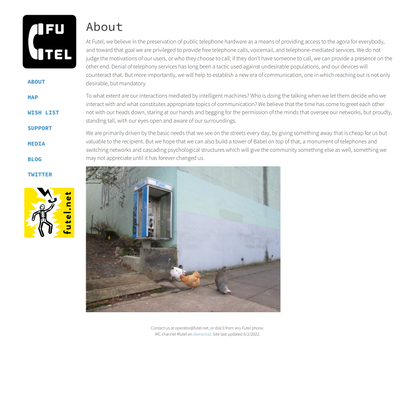 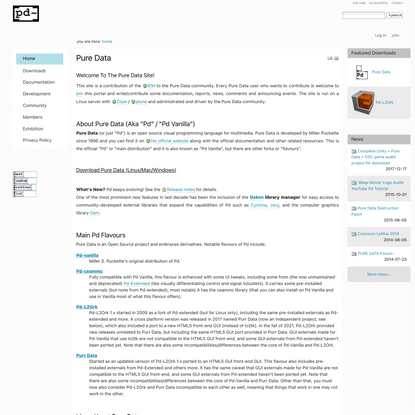