Discussions about quitting, burnout, selling out, going corporate, "brand side," and more. Some text blocks are unattributed quotes for obvious reasons. 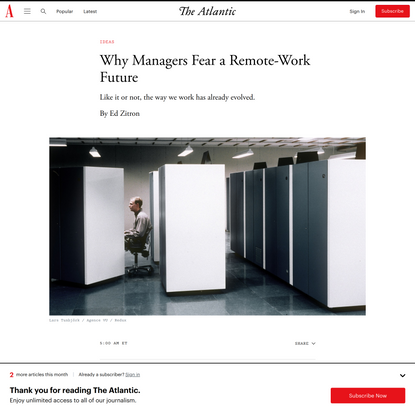 Why Managers Fear a Remote-Work Future 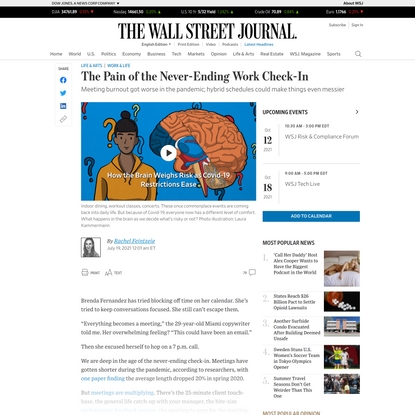 The Pain of the Never-Ending Work Check… 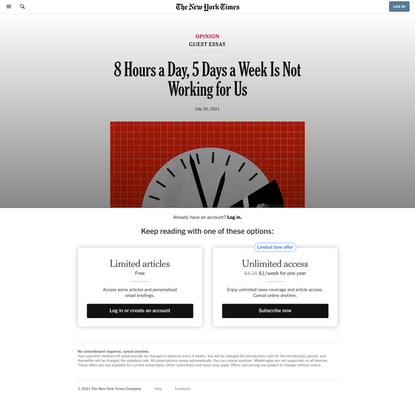 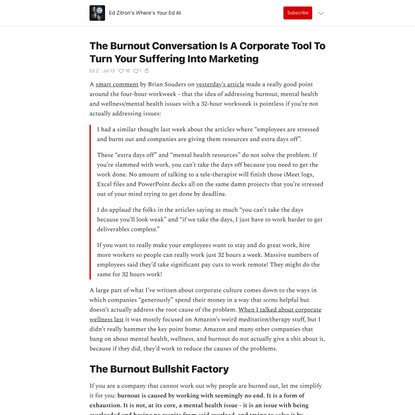 The Burnout Conversation Is A Corporate… 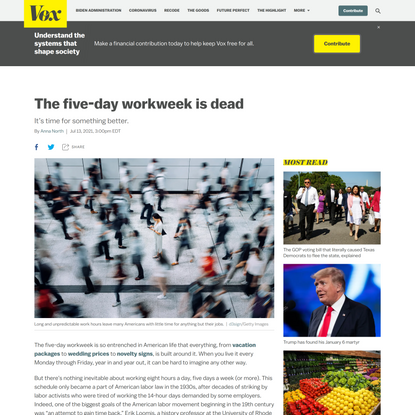 The five-day workweek is dead 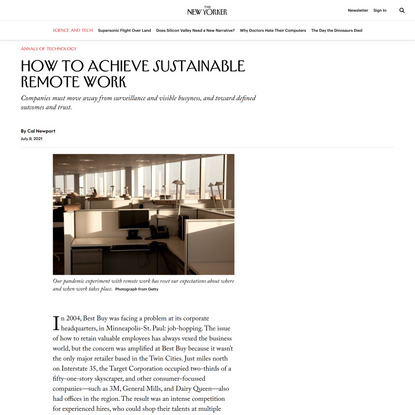 How to Achieve Sustainable Remote Work

"If your boss is afraid of the four day work week, what they’re really afraid of is change. Change in the rhythms of work, but also change in the long-held ethos that more work is always better. They’ll say they’re afraid of change in profits or productivity, despite evidence that neither decline. They might even say that they like the idea, but it would never work for them and their scenario. Oftentimes, that reticence is about public perception: working fewer hours is still equated with laziness in some way, or with some other vague notions of radicalism. Andrew Barnes told me, pre-pandemic, that he was aware of more than a dozen companies in America currently experimenting with the four- day week, but none, at least at that point, wanted to go public." 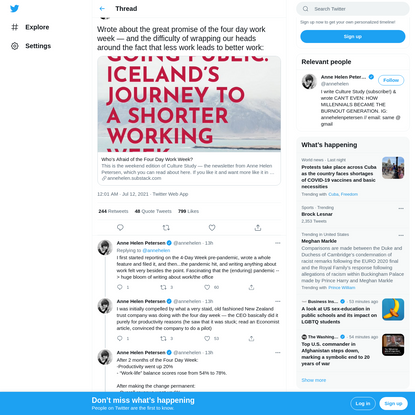 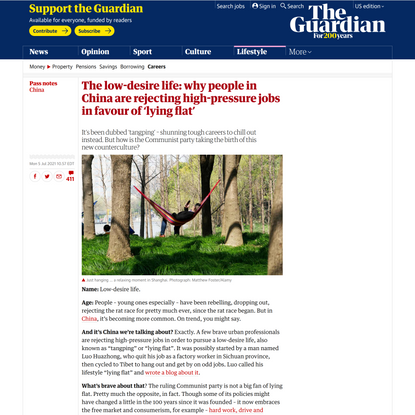 The low-desire life: why people in Chin…