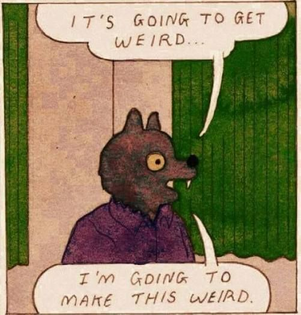 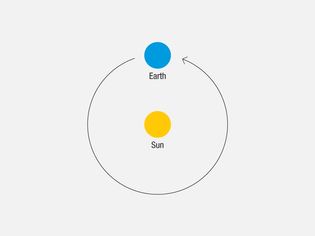 The most extraordinary thing about writing is that when you've struck the right vein, tiredness goes.

Poetry taught me to interrogate language via its most molecular form: the syllable and the letter, not to mention silences, which is also architecture.

I like nonsense, it wakes up the brain cells. Fantasy is a necessary ingredient in living.

"But honestly, I tend to think of writing as less a temporal-lineal phenomenon and more a data dump. So, for example, the person who wrote my darkest story is still alive in me, as is the person who wrote the most optimistic. Those selves just keep flickering on and off. They existed when you were four and will exist when you’re ninety. There’s some progression over time, I suppose, as your skills improve and you find yourself more capable of getting into the difficult places (which, for me, tend to be the more optimistic or hopeful places) – but I can still get to the guy who wrote the most apocalyptic stories and, even as I was writing those, I think I would have been appreciative of a story like “Tenth of December.” We tend to think of ourselves as being one whole and consistent person but it feels to me now that we are more of a flickering, constantly transitioning phenomenon – no fixity, minimal consistency. So the artist could be seen as a sort of caretaker of all these different selves – trying to respect and love each self and get it to step up to the mic and really go for it."
—George Saunders

The secret of it all, is to write in the gush, the throb, the flood, of the moment...to put things down without deliberation...without worrying about their style...without waiting for a fit time or place. I always worked that way. I took the first scrap of paper, the first doorstep, the first desk, and wrote, wrote, wrote... By writing at the instant the very heartbeat of life is caught.

“This wide-spread idea that everything must be said and can be resolved by language, that every real problem is a topic for debate, that philosophy can be reduced to questions and answers, that one can only cure oneself by talking, that discourse is the only way of teaching anything, this theatrical, garrulous, publicity-seeking idea, lacking shame and modesty, is oblivious to the real presence of bread and wine, their unspoken taste and odour, it forgets how to raise infants through barely discernable gestures, about connivance and complicity, and things that go without saying, unspoken expressions of love, impossible intuitions that strike like lightning, the charm that lingers behind someone’s outward bearing; this judicial idea condemns the timid, those who are not always convinced of their own opinions and those who do not know what they think, researchers; this didactic idea excludes those who do not attend classes, humble folk, inventors, the hesitant and sensitive, men of intellect and labourers, the grief-stricken and the poor in spirit; I have known so many things without texts, so many people without grammar, children without lexicon, the elderly without vocabulary; I have lived so much in foreign lands, mute, terrified behind the curtain of languages, would I have really tasted life if all I had done was listen and speak?”

— Michel Serres, The Five Senses : A Philosophy of Mingled Bodies

Slowly, slowly, I accumulate sentences. I have no idea what I'm doing until suddenly it reveals itself, almost done.