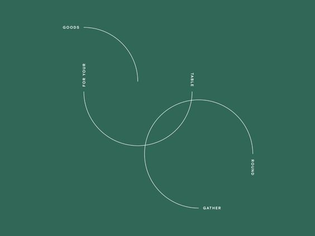 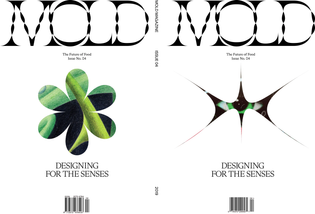 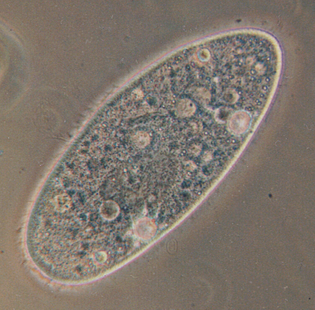 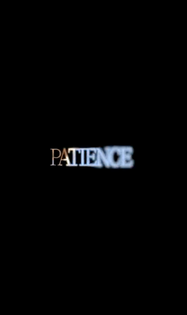 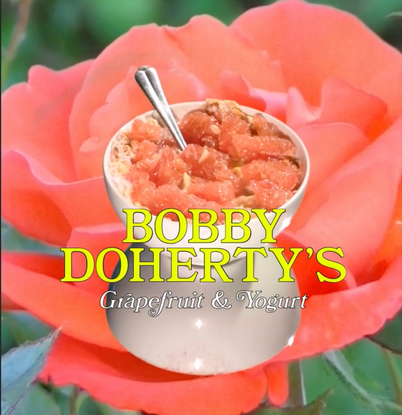 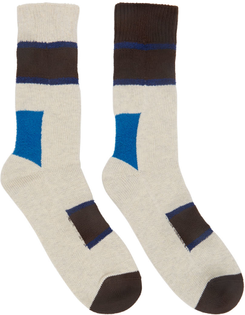 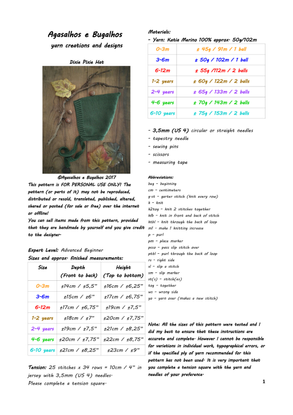 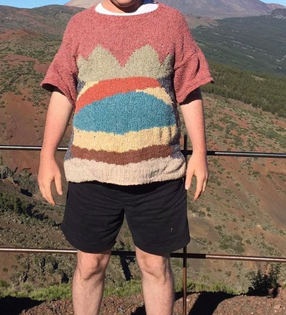 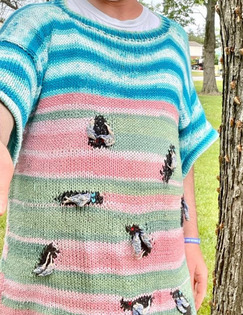 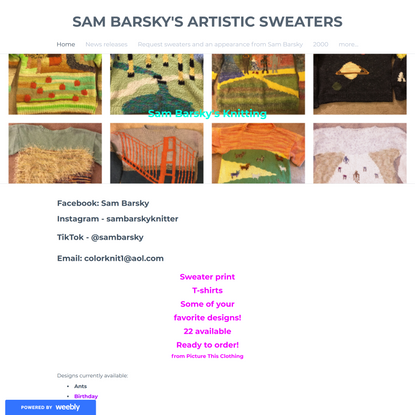 This obsession with absence, the intentional erasure of self and surroundings, is the apotheosis of what I’ve come to think of as a culture of negation: a body of cultural output, from material goods to entertainment franchises to lifestyle fads, that evinces a desire to reject the overstimulation that defines contemporary existence. This retreat, which took hold in the decade before the pandemic, betrays a grim undercurrent: a deepening failure of optimism in the possibilities of our future, a disillusionment that Covid-19 and its economic crisis have only intensified. It’s as if we want to get rid of everything in advance, including our expectations, so that we won’t have anything left to lose.

Do ants fuck? Or do they mate?

On how language used to describe things matters.

and how associations with existing meaning changes how we think about things.

alternate title: "What arguments over language tells us about our own ideological thinking."

A friend of mine shared this Quillette piece ('What Computer-Generated Language Tells Us About Our Own Ideological Thinking') with me to try to describe a phenomena with how people confuse the linguistic symbol with the subject. It reminded me of the concept of 'The map–territory relation' and some older thoughts I had about how language itself is hard.

I went on to describe my take on this piece on how we label insect sex behavior in biology ('Insects can’t be virgins and you should stop calling them that').

I liked that piece on biology labels because it was particularly enlightening to me. It's easy for many to dismiss it as someone complaining about their emotions being hurt. In fact, that was nature of my initial reaction. Introspecting my own aversions to the idea of 'mated' vs 'virgin' helped me to see how concerns over language may be due to unappreciated latent associations and conflicts in how one frames the situation. I feel it highlights a useful and misunderstood framing in how language is used in biology fields. This essay is an attempt at a more polished version of my thoughts, and an attempt at translating how I interpreted it.

The writer of that Sisterstem article is opposed to the way 'rape' and 'virgin' are used in the language around insects. They are pointing out that these terms are heavily loaded with social-cultural context. I'd go one further and point out how these problematic may even be baked into the core of western understandings of biology, with similar embedded biases stemming from plato.

I believe these kinds of concerns about language use are easily misinterpreted by people who don't often think about this space under lenses of power dynamics within society. It's only after listening to what the writer was saying that I could begin to Grant the Premise on the issue they are raising. I could then see the genuine frustration being expressed. A frustration that I also feel needs to be more widely understood.

An aside; As an autistic person who's thing is ants, I try my best to make sure everyone is willing to talk to me about them! Sadly, I often struggle with a sort of callousness to these kinds of things. So it is inherently useful for me to hear perspectives on how language framing impacts people. Language itself has been a general struggle for me, but I'm getting better. I've even come to appreciate how trauma can be associated with overloaded terms, reminding individuals of past strife, and how cultural differences put roadblocks up in having meaningful discussions.

So it seems reasonable to me to avoid using terms that bring up those associations where I can, and especially in an academic setting. This is why I attempt to use content warnings now when I recognize problematic content. But more than that, seeing how these emotional struggles come-about has also helped me to look beyond them to the underlying issues being raised (instead of simply being dismissive). It lets me listen better.

But even if I take on my naturally inclined stance of a cold clinical wannabe scientist who seeks to peruse knowledge, I still believe we should weight the argument about considering the social context of that language more highly. A lot of language arguments have nuances about definitions and accuracy that are often ignored. Looking at how gatekeeping phenomena bias how fields develop, which necessarily overlaps with how language norms develop with differing meanings, its not surprising we often don't even notice when these subtle divergences are happening.

To be fair, my threads and ideas on twitter are being done under a lens that I'm knowingly abusing metaphor, pataphor, and intentionally breaking linguistic silos to generate more creative framings about the world. I like to imagine I am taking a poetic license and doing absurdist poetry to explore ideas. Tho it probably just comes off as insensitive and deranged. I'm sorry.

Still, I believe that one of the larger problems we have in our quest for knowledge is from biases stemming from how early views on how we differentiate ourselves from other lifeforms. So while I like to frame us as just another animal, I can see how being too dogmatic in one view also leads to neglecting the social aspects that make us uniquely human. One of the ways this inherent framing is most readily seen is in our use of language, and I do believe pointing out those biases is one of the first steps to unveiling the hidden areas they create.

Seeing academic professionals — claiming to be interested in the pursuit of knowledge — only to be clutching their pearls over what I see as unexplored territory? At best it's simply annoying!

In this way, I say we should absolutely be questioning and perhaps outright breaking existing language norms in the field, all the more-so if they are holding us back. Seems wise to avoid imposing artificial barriers on how we frame ourselves against other life, whether thru disagreements on shared language, or poor specificity in analogies we use to represent an idea.

My interest in breaking these frames that shackle our thoughts goes both ways tho. Questioning how we frame ants is why I even found the thing about 'virgin' queens! I feel a strong desire to do the reverse and not just call fledging queens as "virgins", but take that whole absurd analog to humans and run with it! Are there chad ants? Are their gamergates that use their stored sperm to impregnate other females? Can ant memorize a face (like wasps) and hold a grudge against another ant for violating their agency? What would a social power structure in an ant colony look like? Should we have a field studying ant polotics?

TL;DR: If ants are people, am I a garbage person? Well, actually...

Do ants cannibalize their young?

This entire piece is predicated on how I've been thinking about how 'cannibalism' might be construed under that lens of language politics. I personally do not like the idea of people eating each other, which is why I've been research what causes it in human and animal societies. As problematic as the topic can be, it has been an extremely valuable mine of insights for me, touching on many aspects of biology and leading to interesting questions.

In the case of cannibalism, this is a taboo entrenched deeply in many western belief systems. It doesn't take long studying this space to quickly see how these powers end up encroaching on this space and are used in a political capacity to silence people. The whole "atheists eat babies" and older forms of blood libel are still alive and well AFAICT.

Studying human ritual cannibalism from an anthropology perspective, we see all these complex social dynamics. When we go to study it in animals, we just see it framed in cold language about how they simply eat each other due to stress. We also get cannibalism-esque behavior from medical and nutritional conditions in many mammals (including humans), so like the whole "virgin" vs "mated" concept, I find it useful to distinguish between these phenomena by being explicit about social boundaries.

More directly, in exploring the history of cannibalism and 'soul' in the context of philosophy, it is essential to be aware of these elaborate social-political games to understand the context of how ideas interacted. Thomas Aquinas may not have been thinking about how his thought experiments on corporal entitivity and the relationship of body & soul would lead to witch-hunts. Nor would he expect his thought experiments would later found the notion of 'atoms' of matter, but that's where we are. So I find it very useful to consider directly the language framing issue as a way to explore our relationship to knowledge.

Like in the case of the use of "virgin ants' in biology: Ignoring that we have this extra political layer, one using language policing behaviors as a means of social control, would be folly. If you genuinely wanna explore cannibalism in human societies, you must necessarily explore how societies enact power. Not doing so would lead directly to a misunderstanding about how cannibalism is viewed in society. Ignoring this lets it further become weaponized, and then lines get drawn in the sand about how one frames a situation. With-us-or-against-us social grouping form and people see it as an opportunity to attack and de-status competitors. Worth considering how the latter group may be distinct phenomena from those who are genuinely concerned about how the language being used may be misleading.

As I want to literally figure out how to stop animals from suffering & maybe try to avoid eating each other. It makes me twisted inside to talk about this space. On one hand I hope to continue learning and discussing the nuances. But I also see how the very act of having discussions about cannibalism (or even less impactful things like ant sexual practice) leads to direct confrontations with social-cultural dynamics. Just pointing this out can cause undue harm leading to chilling effects.

I think engaging with these power games veiled within our use of language is important if we're to more fully understand a concept. Nonetheless, it is unimaginably uncomfortable to do, so I think I'll stop here.

[Police] does what the state (and market—but hold off on that relation for a moment) needs to do, and that is potentially infinite.